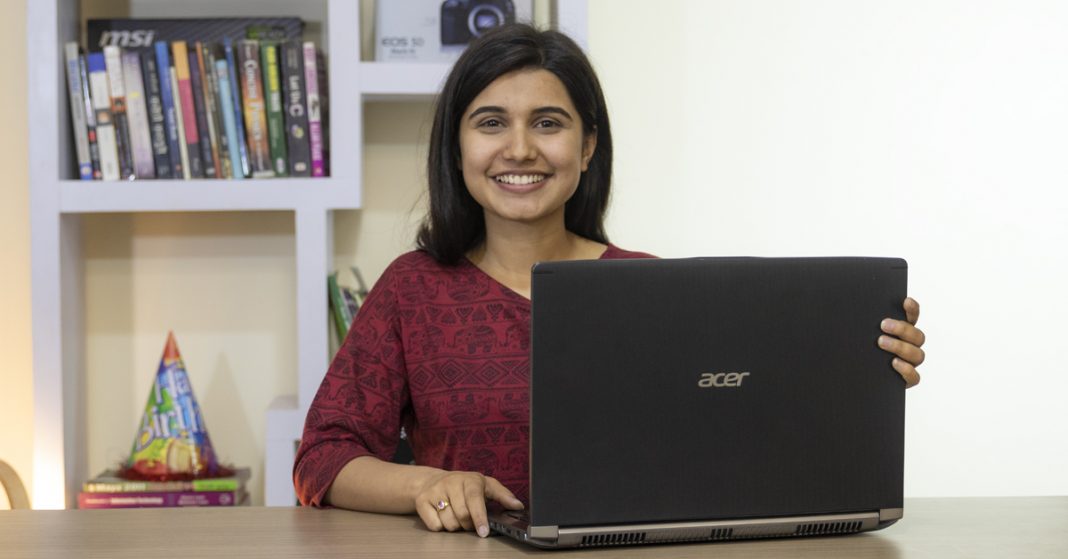 It’s the general nature of humans to pay as little as possible for the absolute maximum.  The same process can be tiresome and even boring at times. But we will strive to deliver the absolute best advice to all our buyers, and here we are, with the Acer Aspire V Nitro, a steal for the absolute less.

The Acer Aspire V Nitro features the same i7 processor, 10 series GPU, ample RAM & storage, a FHD display that caps out at 60hhz and adequate thermals just like any other gaming laptop. What it does better is by pricing itself comparatively lower than any other laptops with similar specifications. The laptop weights 2.6Kgs and has a thickness of 0.98mm which sounds acceptable for a gaming laptop. It also feels sturdy with plastic on top and bottom with metal palm rest. The top has this unusual lining texture at the top which is a real dust magnet. The bottom has a rubberish plastic feel to it. Our review unit had the Black Edition painted on top of the aluminum brushed palm rest. It did work as most parts of the laptop was black, but I would have loved to see a non-red backlit keyboard as well. The laptop was prone to a few creeks with a decent amount of screen and chassis flex.

Unsurprisingly, day to day tasks are a breeze thanks to the Core i7 7700HQ Quad Core processor and 16GB of DDR4 RAM at 2400Mhz. There were no signs of bottlenecking, and everything worked as expected. The lack of SSD does hinder the performance and app loading times a bit, but we also tried it with an SSD and everything was as smooth as it can be.

The gaming performance of this laptop is as good as any other laptop with a full-fledged mobile GTX 1060 GPU. That by no means is a bad thing, and will easily challenge the likes of last year’s GTX 980M. Most games run at well over 60 frames per second with settings turned up high at native Full HD resolution. You can check the data from our tests below and judge yourself.

As for the thermals, this laptop did pretty okay. 30 minutes into any game and temperatures will rise to about 50 degrees without much fuss. The heat was limited to the top part of the keyboard so, you might not notice it so much. The fans are really loud so headphones are recommended. 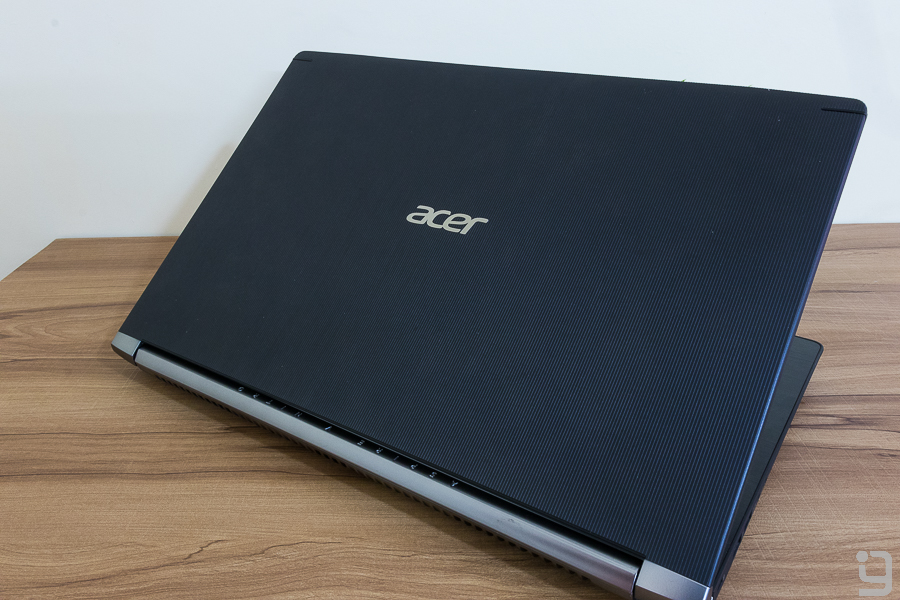 Talking about throttling, yes games throttle a bit more as compared to other laptops. One hour into PUBG, I saw my fps drop from 60 to 50fps. By the end of the second hour, the fps dropped well below 45fps. Finally, by the time I was in my third hour, the game was basically unplayable at 30-45fps. 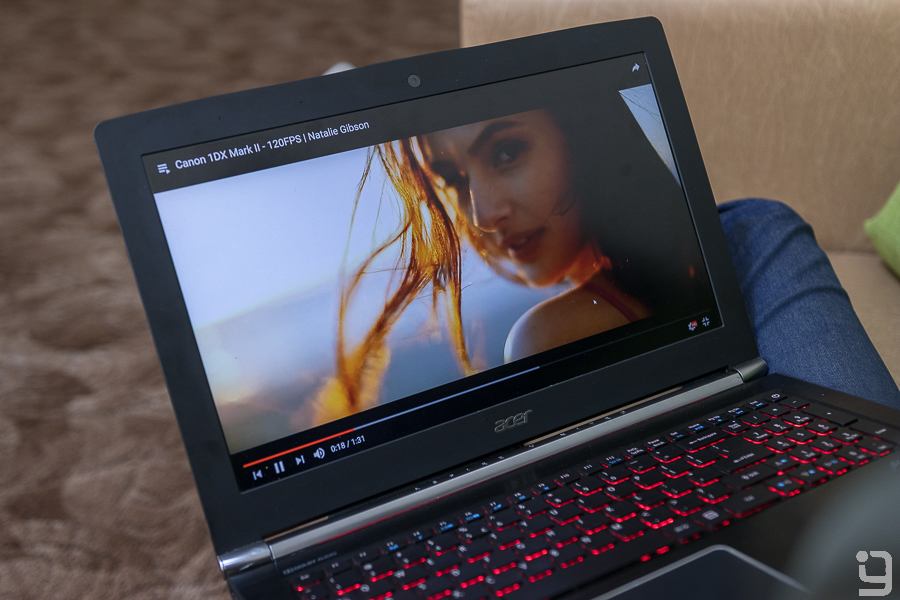 Brightness hovered at around 300nits for the 1080p and 250nits for the 4k variant. In comparison, the display on the V Nitro was comparatively better than others in the similar price category. Colors were more vibrant and display itself was on the cooler side, which did help with the viewing pleasures.

On the storage front, there’s 1TB mechanical hard drive. It’s basically a 5400rpm hard disk with speeds of around 100mbps (upload) and 100mbps (download). You can also opt for an SSD, which is a must if you want a performance boost. A 256GB NVMe SSDs usually cost around 10k and are well worth the price.

The keyboard on this laptop is average at best. It has a messy key layout, which I got used to with time. What I could not stand was the short key travel and a mushy feeling at the end. I prefer a more tactile clicky feel and a healthy amount of feedback. The laptop also has a red backlit which isn’t an actual problem, but I was expecting a different color since it’s a black edition laptop. The trackpad, on the other hand, is acceptable, with Windows precision tracking mechanism. It’s plastic, but the tracking seems decent. The fingerprint resides on the trackpad itself which is also fast and secure.

Connectivity wise, it uses Qualcomm’s dual-band ac wifi and Bluetooth 4.2. I did not face any connectivity issues. Ports selection was a bit different with the power plug residing on the right, followed by the Ethernet, HDMI USB 3.0, USB C and another USB 3.0. On the left, you get two USB 3.0, a mic and audio port and an SD card reader. 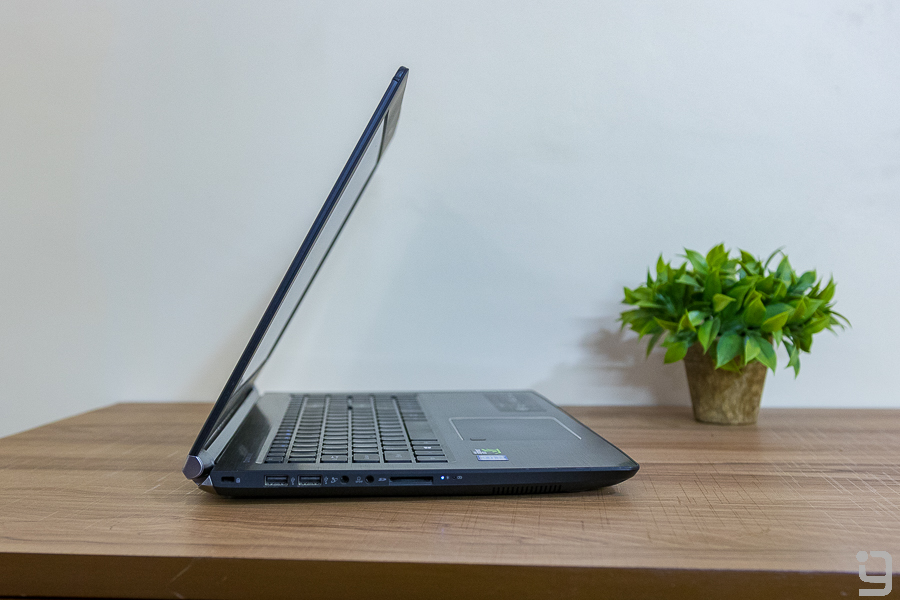 The onboard speakers are decently loud and clear. It does lack a bit of bass. I would still recommend headphone for gaming because of the loud fans. As for the unplugged life, the 70Whr battery pushes around 4-5 hours of normal usage on a single charge. And if you plan to game on battery, don’t expect anything over an hour.

So for Rs. 1,35,000 you get a Quadcore i7 7700HQ processor, 16GB of RAM, 1TB of storage, a full-fledged 6GB GTX 1060, and a nice display panel. That makes it a solid buy, just don’t forget to slap an SSD. I also recommend you do not drop the laptop, even at the lowest height. The laptop has a plastic outer shell and feels a bit fragile. 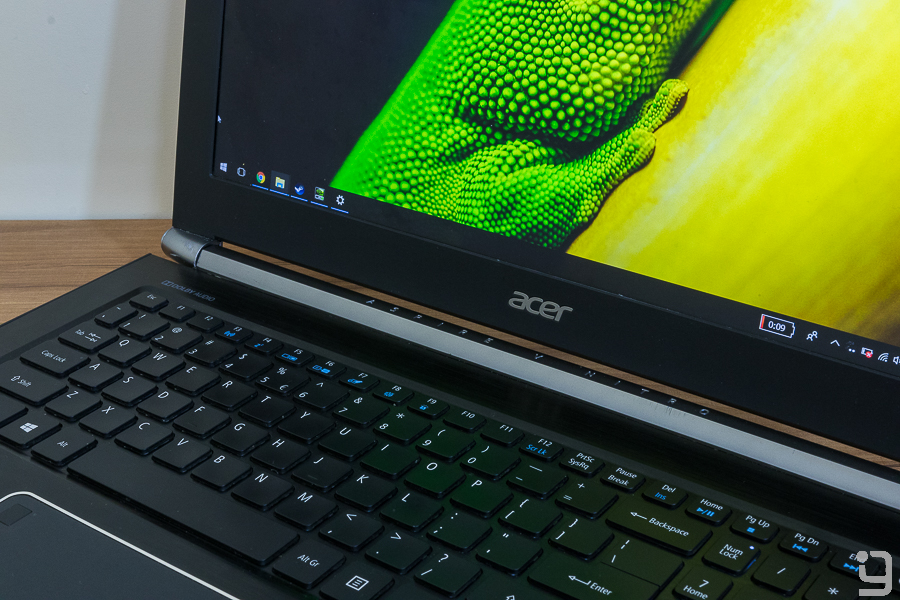 You can opt for the Dell 7577 which is a good option with similar specs, but a better build. It, however, sacrifices on a performance with a MAX Q 1060 GPU rather than a full-fledged 1060. There is also Acer’s own Helios 300, which could be a worthy alternative. It shares almost exactly the same specs, except for the body itself.

If your budget allows, you can also give the Acer Predator 15 a try, which is my personal favorite. It offers immensely better cooling, better build and in general a better package, but you will have to shell out about 30k more, which I guess most people won’t even consider.