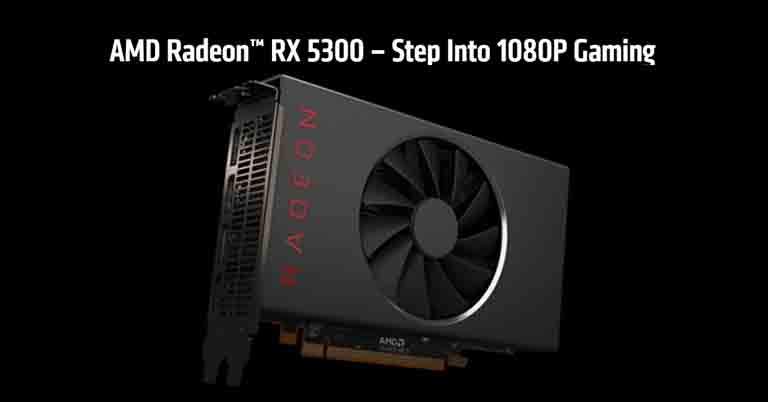 AMD has quietly launched an entry-level GPU. The new GPU has come at a time when fans are eagerly waiting for the RDNA2 based GPUs. The Radeon RX 5300 sports similar specs to RX 5500T XT and will compete against NVIDIA’s GeForce GTX 1650. Let’s check out the specs, features, expected price, and availability of AMD Radeon RX 5300 GPU. 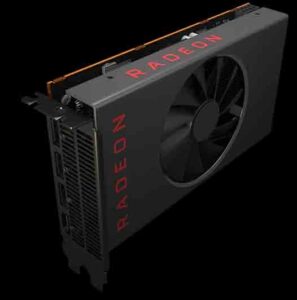 However, compromises have been made in the memory department. It features 3GB of GDDR6 VRAM. It is 1GB less than what Radeon RX 5500 X is offering. Nvidia GeForce GTX 1650, which the company is comparing RX 5300 with, comes with 4GB of GDDR5 memory. Compared to the RX 5500, AMD has narrowed the bus width to 96-bit. As a result, the memory bandwidth of RX 5300 maxes out as 168GBps. AMD has also reduced the power requirement. While the RX 5500 XT required 130W, the RX 5300 has a TDP of 100W. However, users still have to use an external power source.

AMD is advertising RX 5300 as an entry-level GPU for 1080p gaming. Thus, it has been compared against Nvidia GeForce GTX 1650. The company claims that the RX 5300 offers better FPS in popular gaming titles such as Battlefield, Call Of Duty: Modern Warfare, and PUBG. 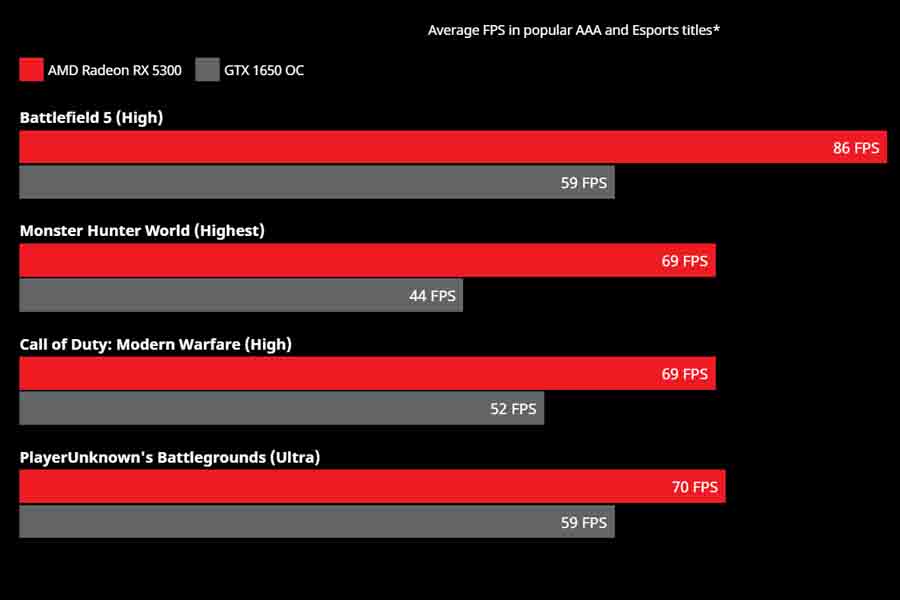 AMD has not commented on the pricing and availability of the entry-level GPU. However, the AMD Radeon RX 5300 is expected to come with a price tag of between $130 to $150.