AMD’s E3 2019 briefing didn’t disappoint, but, we all can agree that it could have been better. They managed to “wow” us with their new CPU, which is sort of an ongoing trend right now. Their new GPU, however, failed to amaze us. But by the looks of it, they’re trying and getting somewhere. We expected a new top of the line GPU hardware from them, but there wasn’t any. The briefing seemed to focus on their CPUs, mostly, one of which is the AMD Ryzen 9 3950X – the apex among their CPUs.

The Ryzen 9 3950X leads the pack, which will seemingly be priced at $749. The price gets you a 16-core 32-thread CPU with a TDP (Thermal Design Power) of 105W. Its base-clock starts at 3.5 GHz, which is impressive, but the top clock-speed goes up to 4.7 GHz. Plus, this CPU’s ability to fit into an AM4 socket is something I appreciate, especially with how Intel has done things. 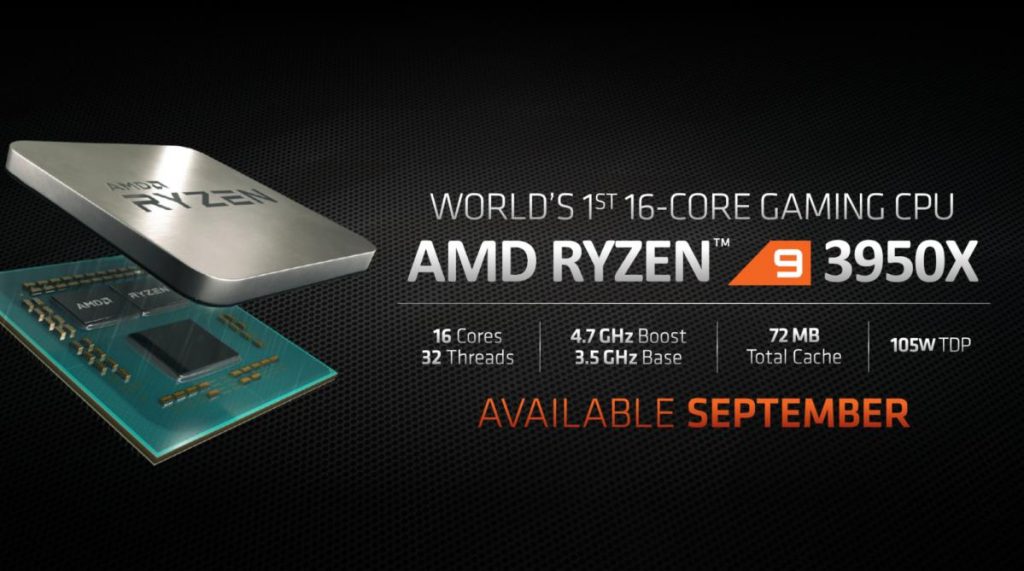 Apart from that, they released more details on all 6 of their currently ongoing 7nm based processors. You can check out the prices and the available specs in the table below.

Given the prices, these CPUs (based on the Zen 2 architecture) are impressive!. And while their CPUs are capable of gaming on the same level as Intel, these ones can also stream at the same time in ultra high-quality. They seemed to be pretty proud of it at the announcement, too. 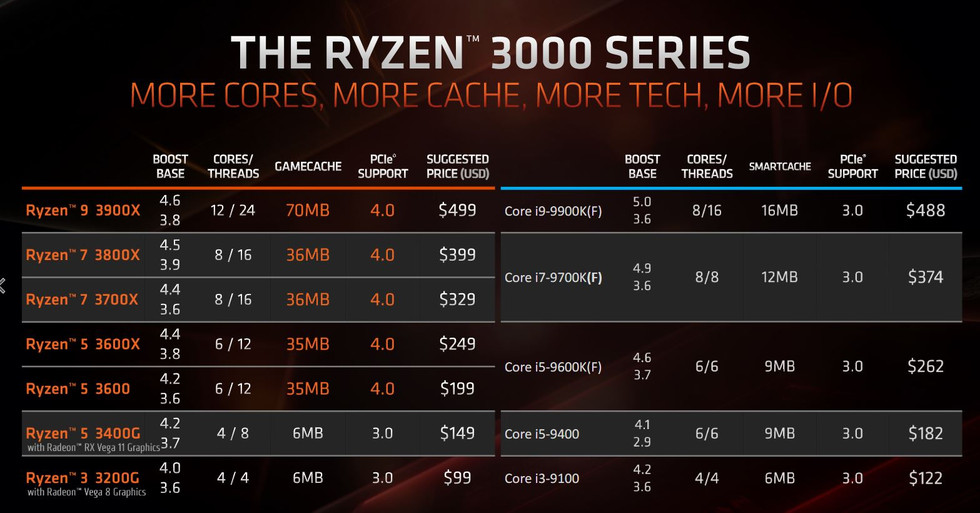 Words of the Direct Client Product Manager at AMD, Travis Kirsch in regards to their newly launched Ryzen 3000 lineup!

That’s a bold statement to put up, especially when AMD is, just now, beginning to (almost) catch up with their Intel counterparts in gaming performance (finally)! But they always have the edge when it comes to price, power efficiency and delivery when it comes to non-gaming requisites. So, that may, very well, be one of the reasons for all this gloating. Let’s see how Intel answers further, and how this plays out in the end!

The Ryzen 9 will be available starting September of 2019. That’s 2 months after the rest of the 3rd generation Ryzen processors hit the shelves, due to extra validation requirements.