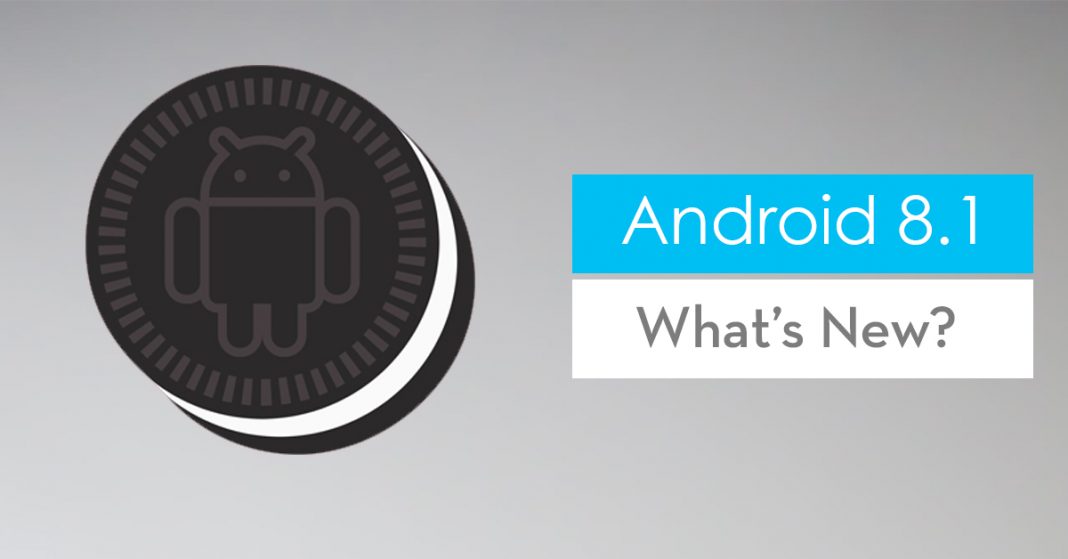 Google has always been open about its new software updates to the public eyes.  Recently, even before Google I/O, the developer preview of Android Oreo was already out. Google has been providing early Developers Preview so that app developers can optimize their apps way before the new update roll out to masses. Today, Oreo 8.1, the latest version of Android has been rolled out for Developers. Here is what’s new from Android.

We all hoped for the option to choose dark system theme on Android but that feature made into the Nougat built and got removed. Now, with the new WallpapersColor API, if your wallpaper is dark then system UI will have a dark accent. With bright wallpapers, you’ll get the system default UI. The dark theme will take effect on Quick Settings panel, folders, volume sliders, power menu, and app drawers.

The navigation has gotten some significant changes on the latest update. The icons are now more compact and closer making it easier for one-handed usage. Navigation bar now has auto-dimming feature. If your device stays idle then the opacity of navigation bar is decreased. Developers believe this will help prevent the screen burn issues on OLED panels like we’ve seen on Google Pixel 2. 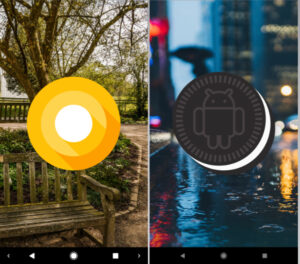 Android Oreo now has a proper Easter Egg Logo which is an Oreo Cookie with Android bugdroid. Previously Oreo had an Orange and Yellowish Logo with white in the middle which didn’t go well with the name of the release. The easter egg, however, has remained the same. If you tap on the Oreo Cookie 7 times, then an octopus will appear which you can drag around. The tentacle of the octopus also moves accordingly to then drag we use. That’s all, there’s no game like the flappy bird rip-off with Android bot.

By now you must have the idea that most of the visual changes have been made to comply with the Pixel 2. Like in the Pixel 2, the Quick Settings Drawer is now semi-transparent. You can see what’s going on in the background when you have the drawer pulled down. This works with both Light UI and Dark UI.

The Settings Menu got a big change with the Oreo update and it continues to evolve with the new one. The biggest change that you can notice right off the bat is the prominent search bar up top. As most of the settings are now grouped together, users may find it hard to find what they’re looking for so the new persistent search bar will surely catch the attention if you’re looking for something in the Settings Menu. Apart from that, the Gestures option has been brought up front inside the System tab which was hidden inside the Advanced tab.

The internal changes inside the latest build are:

Use of AI on mobile devices is taking a leap and to support its developers Android has introduced the Neural Networks API. It is designed for running computationally intensive operations for machine learning on mobile devices. The API is created to provide support for the high-level machine learning frameworks like TensorFlow Lite and Caffe2. This makes tasks like image processing, pattern recognition and predicting user behavior much easier on Android.

With the launch of Oreo, Google has introduced the Android Go program that goes along with it. Android Go is a lightweight version of Android 8 which is meant to run on devices with low memory (1GB). The new update on Android Go allows developers to optimize their apps for devices with less memory running Android 8.1 and later.

Autofill feature allows password manager apps to fill up the passwords and bank details wherever required. The new update makes it possible to set the credit card expiry date to prevent users from using the card that has expired.

That sums up most of the new things that you get on the latest version of Android 8.1 Oreo. There are however more changes under the hood which is hard to explain in laymen terms. The official update of Android 8.1 Oreo will be rolling out on Pixel and Nexus devices in December.