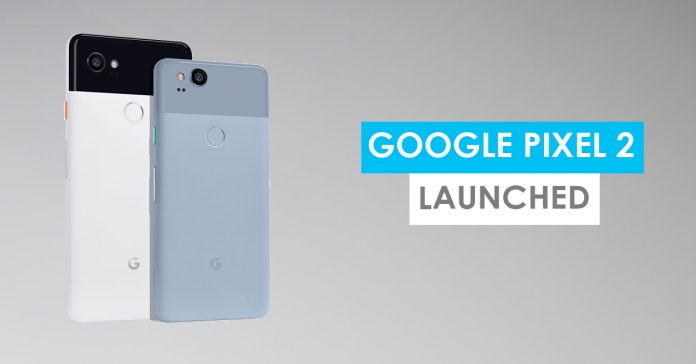 The Google Pixel 2 and Pixel 2 XL certainly managed to turn some heads as the search giants opted to talk about its software and Artificial Intelligence rather than the hardware side. Neat, right?

The Pixel 2 and Pixel 2 XL come with Google’s latest and greatest offering, Android Oreo, right out of the box. It features with and redecorated Pixel launcher that now has a cleaner user interface. But the USP of both the devices, at least for me, is certainly the camera. Measuring 12.3-megapixel, the cameras on the Google Pixel 2 and Pixel 2 XL have a record high DxO Mark score of 98. Just recently the iPhone 8 Plus and Samsung Galaxy Note 8 scored 94 in that test. The camera sensor on these devices works along with machine learning to capture pictures with field-of-depth like that in the flagship devices of today. Even the front-facing 8-megapixel camera can capture pictures in ‘portrait mode’. The camera has f/1.8 aperture and is engraved with the much necessary Optical Image Stabilization and Electronic Image Stabilization. It can shoot videos in 4K as well.

Display wise, the Google Pixel 2 shows off a 5.0-inch full HD display with some large bezels on the top and bottom. The higher variant, Pixel 2 XL, flaunts a near bezel-less display with 18:9 aspect ratio and quad HD quality. The Google Pixel 2 and Pixel 2 XL are both powered by Qualcomm Snapdragon 835 SoC coupled with 4GB of RAM.

The one thing I am disappointed by is the lack of headphone jack on the devices. Last year, during the launch of Pixel and Pixel XL, Google had mocked Apple’s decision to remove the beloved headphone jack from their smartphones.

Nonetheless, the Google Pixel 2 and Pixel 2 XL are the best devices for Android purists. It has the ‘Active Edge’ feature which triggers Google Assistant by a squeeze on the sides and a 3,520 mAh battery with Quick Charge 3.0 functionality. The Google Pixel 2 and Pixel 2 XL are splash resistant and support unlimited storage on Google Photos. The smartphones’ camera supports AR stickers which were neatly demonstrated with Eleven from Stranger Things killing off the series’ Demogorgon. Both the devices feature dual front-firing speaker, a rarity on smartphones these days.

The Pixel 2 and Pixel 2 XL come in three colors: black, kinda blue and white. The price of Pixel 2 starts at $649 while the Pixel XL comes in at $849 with prices reaching up to $949. Since there’s no distributor of Google Pixel devices in Nepal, we might not see its official launch here, however, the devices might be available unofficially with a slightly inflated price rate. Expect the Pixel 2 and 2 XL to cost around 25% more compared to the US pricing.