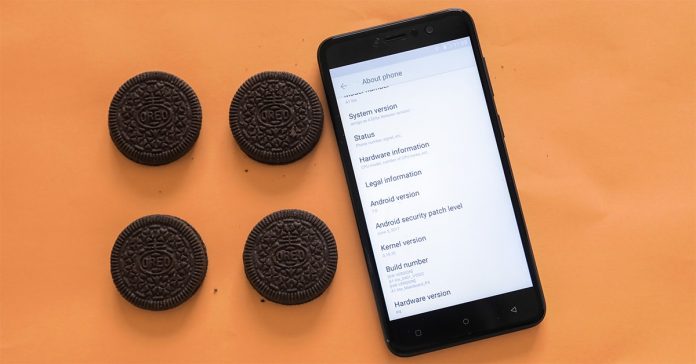 It’s been a very long time since the term ‘Android’ has become an undeniable part of our lives. Since 2007, when Android was first launched, it’s been the most entertained Operating System(OS) throughout the history of smartphones.

The journey that started from (Android 1.5) Cupcake has now reached (Android 8.0-8.1) Oreo which is the 13th version of Android. Android OS has only grown year through year. Ten years and 13 versions later, adding to that, Google will be soon launching its 14th version i.e. Android P.

As we know, it has been several months since Android Oreo was launched. But, as per the sources, the recent Android version that is being used mostly is the Android Nougat, which is one and a half years old version.

The usage of the Nougat version of this OS has increased by 2.2 percentage making it 28.1 percent from the earlier usage of 26.3 percent.  The increase in the use of Nougat has definitely decreased the use of Android Marshmallow. But, the usage of Marshmallow has declined only about 0.5 percent.

The usage of Android Oreo 8.1.0 and 8.1.1 combined is 1.1 percent which is quite a slow development as it has already been 6 months since Oreo was launched.

The common reason of slowing down of updates is being considered is Android fragmentation.

The number of Android version distribution was tracked through Android devices that accessed to Google play for a period of seven days till 5th of February,2018. Accuracy is still in question but we can definitely see Android fragmentation game going strong.

There is no official definition as to what the term ‘’Android fragmentation” means. But, there are different interpretations from different tech companies and tech scholars.
According to Techopedia, “Android fragmentation refers to a concern over the alarming number of different available Android versions in the market.”

As Google is continuously coming up with newer Android versions, the customized Android skin of the Android-run phones sometimes is so distinct from the stock version that the updated versions can’t function well even if they are updated. Even then smartphone companies don’t make updates available at all and if not, they make the updates available rarely.

Sometimes new updates come with bugs in them which either slows down the phone or drains down the battery. That might also be one of the reasons customers not as much interested in updating their phones from the Android version that was preinstalled in the device.

While Apple has already made its iOS 11 version available in all of its devices with the frequent updates to the same version consistently, Android has lagged behind.

People would definitely not buy a new phone every year the Android OS is developed and companies are also not working towards mitigating this lag in OS update the result of which is very much visible with the usage of Nougat version.