Home Apple Apple quietly announced the 2019 version of the iPad Mini and the... Apple recently refreshed its iPad lineup. The new iPads remain well below the iPad Pro 2018 when it comes to the price. But in terms of performance, the hardware on the devices can handle plenty of workloads.

The trend of cutting down the bezels in the smartphones has given rise to the bigger displays on them. And that’s been one of the reasons why the demand of tablets is going downhill. So many of us were thinking that Apple could drop its miniature tablet or the iPad Mini. But out of the blue, Apple shocked the tech world bring the 2019 refresh of the iPad Mini.

In terms of specs, the iPad Mini 2019 features a 7.9-inch Retina display with a scratch-resistant glass on the top for protection. The iPad Mini 2019 display comes with 1536 x 2018 pixels resolution at a pixel density of 324PPI. It means that the new iPad Mini is an iPad with the highest pixel density till the date. Apple also claims that the advanced Retina display on the device comes with True Tone technology and wide color support. The display on the handset is also said to be 25 percent brighter than the earlier model. 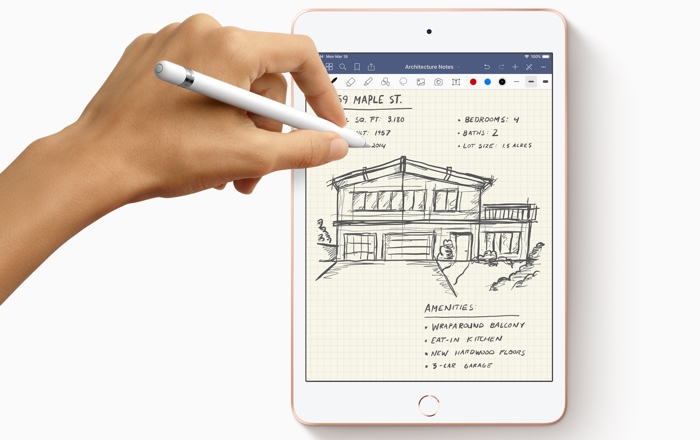 The new iPad Mini also comes with a stylus, which comes with Apple’s proprietary name, the “Apple Pencil”. The Apple Pencil can come handy for sketching and for jotting down the notes. But unlike the last year’s iPad, the Apple Pencil that works with iPad Mini doesn’t support magnetic charging and pairing.

On the performance side, the phone comes with Apple A12 Bionic chipset, which was also used in the latest iPhones. On the memory front, the phone gets 2GB RAM with 64GB and 256GB variants in the case of onboard storage.

It has been two years Apple ditched Touch ID feature from its iPhones. The company also stripped the feature on the last year’s iPad Pro providing Face ID feature as the replacement. But in the new iPad Mini, Apple rejuvenated the Touch ID feature. Furthermore, the 3.5mm headphone jack also made a surprising comeback.

Last year’s iPad Pro was a great device. However, the handset was quite expensive when it comes to the price. And the recently launched iPad Air seems like a legit and cheaper alternative. The tablet comes with a 10.5-inch Retina display featuring 1668 x 2224 pixels resolution. Just like the new iPad Mini, the iPad Air 2019 also comes with a brighter display, wide color support, and True Tone technology. 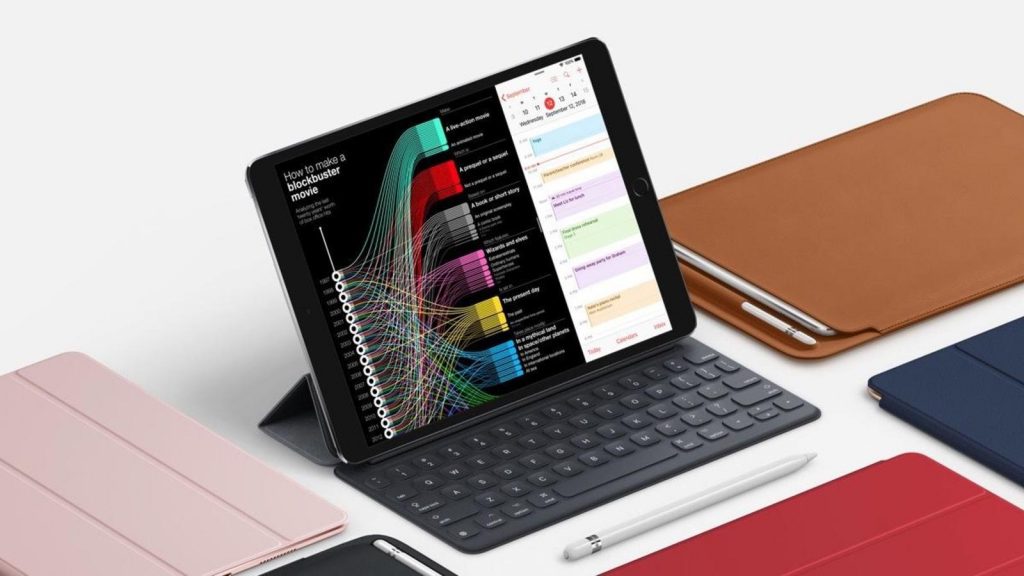 Performance wise, the tab gets the Apple A12 Bionic Chipset on the board paired with 2GB of RAM. In terms of storage, Apple is offering a choice to its customers with 64GB and 256GB memory variants. The iPad Air also works with a detachable Smart Keyboard.

The new iPads come in Space Gary, Silver and Gold color variants and are available for purchase from Apple’s website. In terms of connectivity, both the iPads also come in Wi-Fi and Wi-Fi + Cellular variants. The base variant (2GB/64GB) of iPad Mini with Wi-Fi connectivity is priced at $399. And the variant with Wi-Fi + cellular connectivity costs $529 on the purchase.

As far as the price of the iPad Air 2019 is concerned, the handset demands a price of $499 for the base variant of the device with Wi-Fi connectivity. Similarly, the Wi-Fi + cellular model is priced at $629.

The first generation of Apple Pencil for the iPad Mini is available for purchase separately for $99. And the Smart Keyboard for the iPad Air costs $159, which is also being sold separately.