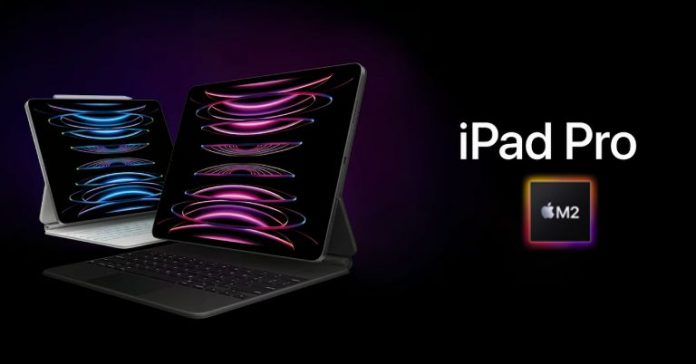 Yesterday, Apple took the rare step of unveiling its latest iPads without a formal launch event. In what it calls a ‘Take Note’ event, the company announced its latest iPad Pro alongside the completely redesigned iPad 10th Gen. The new iPad Pro is a refresh of last year’s model, with significant performance improvements thanks to the M2 chip. So, let’s take a look at the specifications, features, availability, and expected price of the Apple iPad Pro M2 (2022) in Nepal.

The switch to the M2 SoC is the most noticeable change in this year’s iPad Pro. This isn’t surprising at all, and Apple is capitalizing on the M2’s exceptional performance. The iPad Pro can now shoot ProRes video for the first time, thanks to this silicon’s media engine and image single processor. It can also transcode ProRes footage three times faster. Apple has also announced that the popular video-editing software DaVinci Resolve will be available for iPads. It is not yet available on the App Store, and Apple has not provided an exact availability date either. However, it will be interesting to see if the new iPad Pro receives the full version of Davinci Resolve or a toned-down version.

In any case, the M2 can handle the most demanding tasks such as gaming, 3D modeling, and more without breaking a sweat. In terms of performance gains, the M2’s 8-core CPU is up to 15% faster than the M1. Furthermore, the 10-core GPU boosts performance by up to 35%. The iPad Pro M2 comes with up to 2TB of storage.

With the improved processor comes the new iPad OS 16, which includes new productivity features including Stage Manager. It automatically organizes apps and windows, making switching between tasks quick and easy. The feature is also rolling out for MacBooks in the new version of macOS called ‘Ventura’. iPad OS 16 also enables the support for hover with the 2nd gen Apple Pencil. The tablet can now detect the Pencil up to 12mm above the display, allowing users to see a preview of their stroke before they make use of it. Apple also says it will help designers to sketch and illustrate with even better precision. This feature will be available in first-party as well as third-party applications.

Besides a few above-mentioned updates, the iPad Pro M2 is more or less the same as the last year. It keeps two different screen sizes, that is 11” and 12.9”, both of which support a ProMotion refresh rate of 120Hz. But the 11” model is still stuck with a LED-backlit Liquid Retina Display compared to the mini-LED powered Liquid Retina XDR screen on the 12.9” model. Thus, the latter has a superior contrast ratio of 1000,000:1 and also has up to 1600 nits of peak brightness that kick in during HDR content. On the other hand, the 11” iPad Pro has a peak brightness of just 600 nits.

Nonetheless, both of them are fully-laminated screens with anti-reflective coating and support for the TrueTone feature.

Although the Apple iPad Pro with M2 can now shoot ProRes videos, Apple hasn’t upgraded the camera hardware this year. On the back, it has the same 12MP main camera sensor and a 10MP ultra-wide sensor. In addition, there is a 12MP ultra-wide angle lens with a center stage feature on the front.