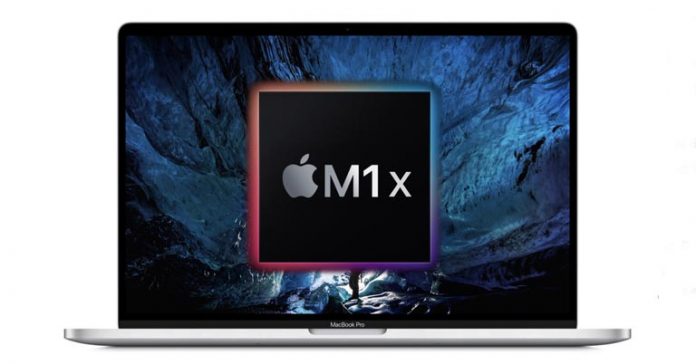 Apple launched the M1 silicon last year, which has received rave reviews ever since. Its high-end configuration features an 8-core integrated GPU that delivers similar performance to GTX 1050 Ti. Now, the upcoming Apple M1X, on the other hand, is said to include up to 32-core GPU that will compete with the RTX 3070 while consuming less power.

Prominent YouTuber Dave 2D, who also leaked the first hands-on photos of the OnePlus 9, seemed to be excited about the imminent 14 and 16-inch MacBooks. As you’d expect, it’s because of the M1X silicon.

Earlier speculations stated that the new devices will feature 16-core and 32-core GPU choices. And, Dave’s video adds a tick to them. Here, the higher core count will necessitate more power and a better cooling system.

While the standard M1’s 8-core GPU delivered an adequate performance, the M1X’s additional core count is certainly intended to deliver more power. The higher 32-core GPU option, according to Dave 2D, will be available in the 16-inch Apple M1X MacBook Pro only.

To keeps the light on, the device will have a bigger battery too, thanks to the larger footprint of the device. Similarly, a larger die size may be used to provide a better cooling system. 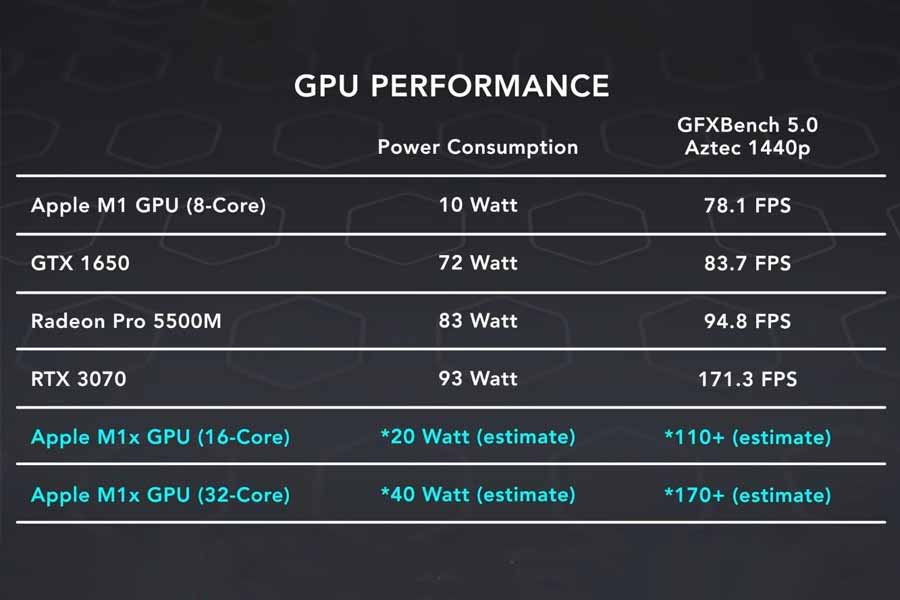 Moving on, the 16-core GPU model is expected to have respectable results too. Its estimated 20W power consumption might be on par with AMD’s Radeon Pro 5500M or the NVIDIA GeForce GTX 1650.

The new Apple M1X is anticipated to be unveiled during WWDC 2021, which begins on June 7. While we are enthusiastic about its release, Dave 2D claims that the actual device will be considerably more expensive than what the standard M1-powered MacBooks debuted at.