Over the past few years, streaming services such as Netflix and Amazon Prime TV have been gaining momentum in the country. People looking to buy TV these days opt for smart TVs so that they can enjoy content from these streaming services. The problem with most of the TVs available in the market is that they are underpowered and the features are limited. A solution to this problem could be a discrete setup box (or streaming box). These boxes come with their own processor, software, and UI. Today, we will be taking a look at Apple TV 4K set-top box, along with its specs, features, price, and availability in Nepal.

Apple TV 4K is probably the most powerful setup box available in the Nepalese market today. It’s the fifth iteration of Apple’s TV lineup and was first launched in 2017.

Talking about the design, Apple TV 4K can be mistaken for its predecessor as both are similar design and dimension wise. It’s a 3.9-inch square box with rounded corners. The box is 1.4-inches high and weighs around 425 grams. On the top, the logo confirms that it is indeed an Apple TV. There is an IR receiver on the front of the device that communicates with the Siri Remote. The ports are on the backside. With Apple TV 4K, you get a Gigabit Ethernet port, HDMI 2.0a port, and power input. 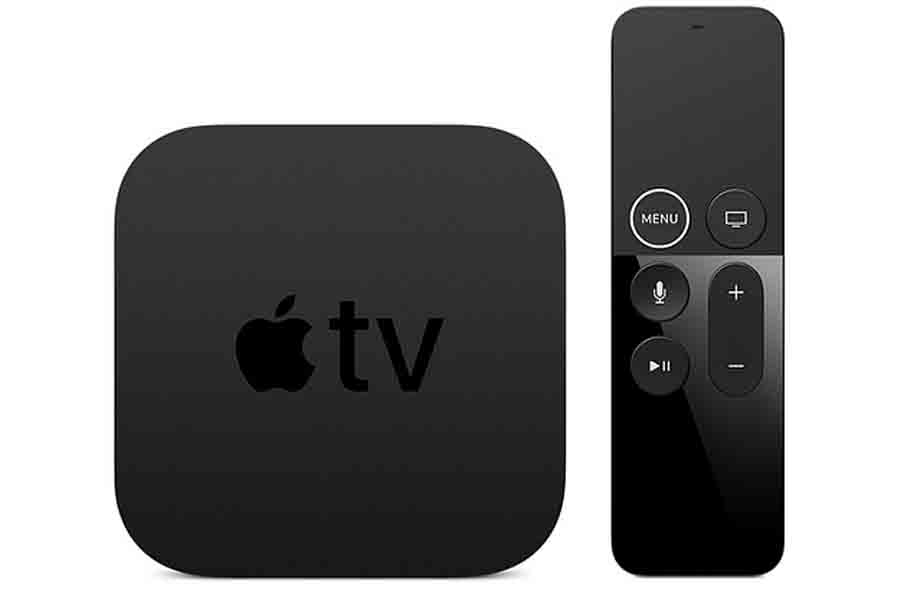 Talking about the remote, it’s 4.88-inch in length and has a width of 1.5-inch. It is 0.25-inch thick and weighs around 45 grams. The buttons are concentrated in the middle of the remote.

Apple TV 4K features Apple’s A10X Fusion Chip. It’s a chipset based on the 64-bit architecture that has also been featured in Apple’s iPad lineup. Users can choose between 32GB and 64GB of internal storage. The box runs on Apple TV OS. Basically, it’s iOS with some modifications done to implement it on TV. It comes with its own App Store with TV-focused content. Other notable inclusions are Apple Arcade, Apple Music, Apple TV app, and Siri. Users can command Siri to perform different tasks using the dedicated button on the Siri button.

Apple TV 4K lets you stream HD and 4K contents. It also supports HDR10 and Dolby Vision formats for deeper and realistic color. However, to make most of the box, you need to connect it to a compatible TV. Apple has made sure the user will have the best sound experience as well by including Dolby Atmos for 360-degree surround sound experience. In fact, it was the first streaming box to support both Dolby Atmos and Dolby Vision at the time of its launch. 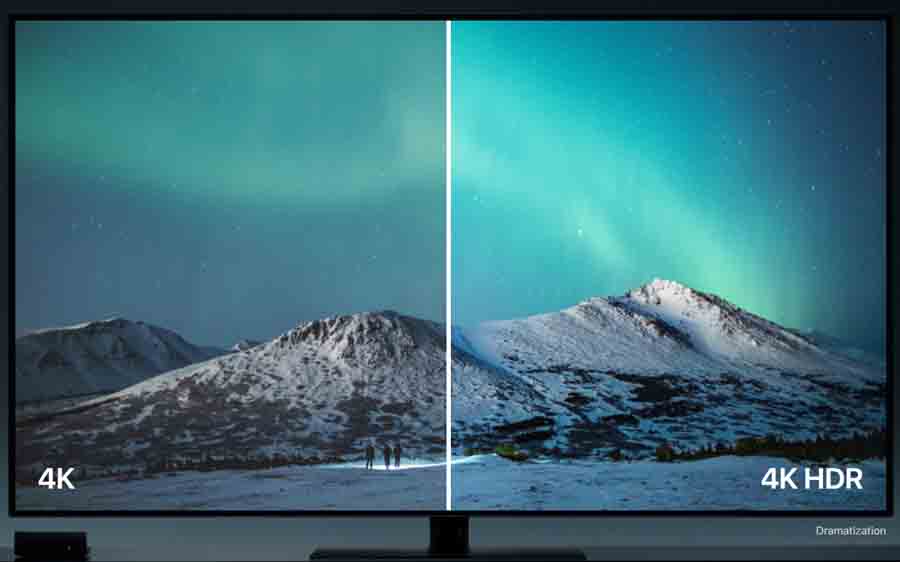 You can stream 4K contents from Netflix and Amazon Prime Video as well. However, 4K streaming on YouTube is not supported yet. Other than that, you can also enjoy Apple’s own streaming service, Apple TV+.

You can make Apple TV 4K the center of your smart home. The TV box lets you control all the HomeKit-enabled devices. If you love playing games on TV, the Apple TV 4K supports a variety of controllers including Sony’s DualShock 4 and Microsoft’s Xbox Wireless Controller. It also supports multiuser so that each user gets a personal experience.

Apple TV 4K is now available in Nepal with a price tag of NPR 26,500 for the 32GB model and NPR 32,500 for 64GB model. You can buy it from different Oliz Store outlets or through its official website.