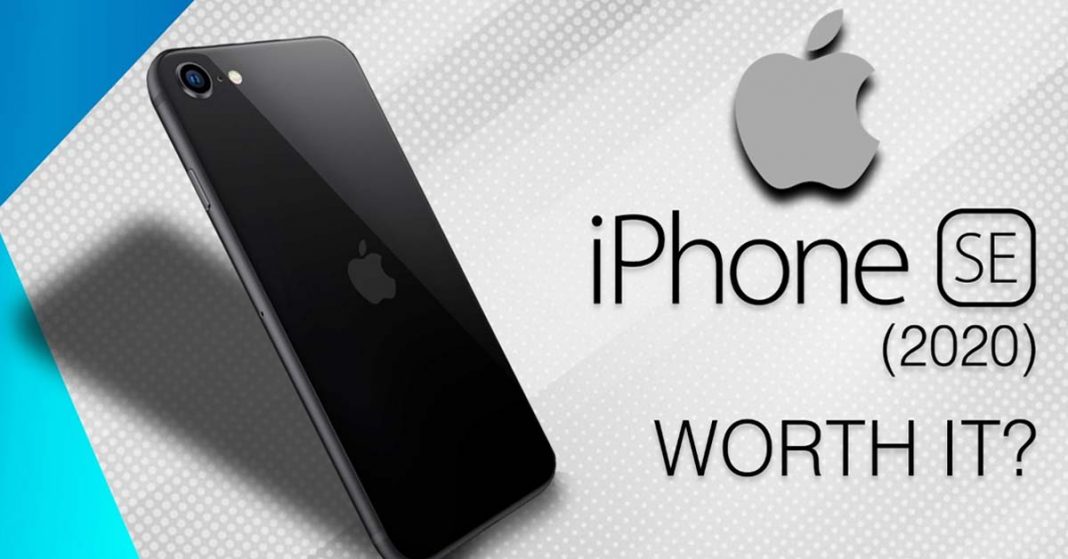 So… Apple dropped a brand new iPhone back in April and it is a big one. Well, “big” not in terms of the physical dimensions but in the sense of what it represents, and how its mere existence is a major red flag to the upper-mid-range market; you know where Android OEMs thrive. The new iPhone SE (2020) or the iPhone SE 2 as everyone’s calling it, packs a damn powerful A13 Bionic chipset, has an IP rating, wireless charging, all for the starting price of just $399. And it is finally available for purchase in Nepal, albeit at a slightly exorbitant price.

Right off the bat, the iPhone SE 2 isn’t a classically fancy smartphone you’d expect in 2020. It borrows the same design choice we last saw in the company’s iPhone 8 series – thick bezels at the top and a Touch ID on the bottom. While you’d think Apple’s fit in the Face ID sensors and whatnot found in the newer iPhones with that bathtub notch, the Touch ID’s all you have on the SE 2. From unlocking the phone to making transactional approvals, you know where your thumb needs to be. 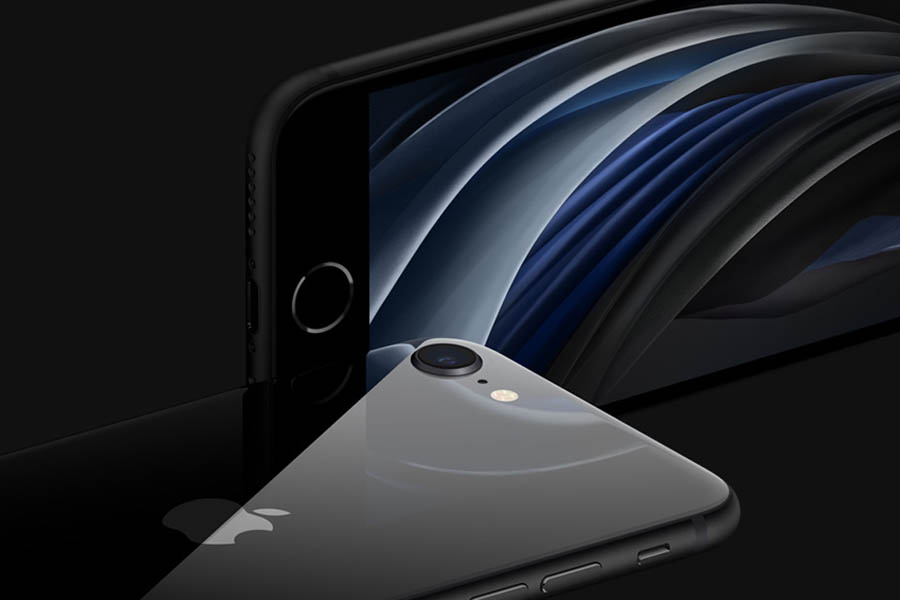 Moreover, the iPhone SE 2 shares a lot of similarities with the standard iPhone 8 in terms of design. Same dimensions & weight, glass/aluminum body, IP67 dust/water resistance, wireless charging; no wonder Apple was quick to discontinue the iPhone 8 & 8 Plus. There are three color options available: Black, White, and a special (PRODUCT) RED variant. Here, the company will be donating a certain amount to the global COVID-19 relief fund on the money made from the sales of each iPhone SE 2 (PRODUCT) RED. Nice!

Besides the apparent dated design, the one other thing that the iPhone SE 2 is getting being criticized for the most is its small display. Apparently, the 4.7-inches Retina HD IPS panel just isn’t doing it for people these days and I can understand why. The one consistent change in the smartphone industry in the past couple of years is unmistakenly the way phones have been getting bigger. A phone with a pocketable large screen is what the manufacturers have been trying to achieve by cutting the bezels & other techniques. 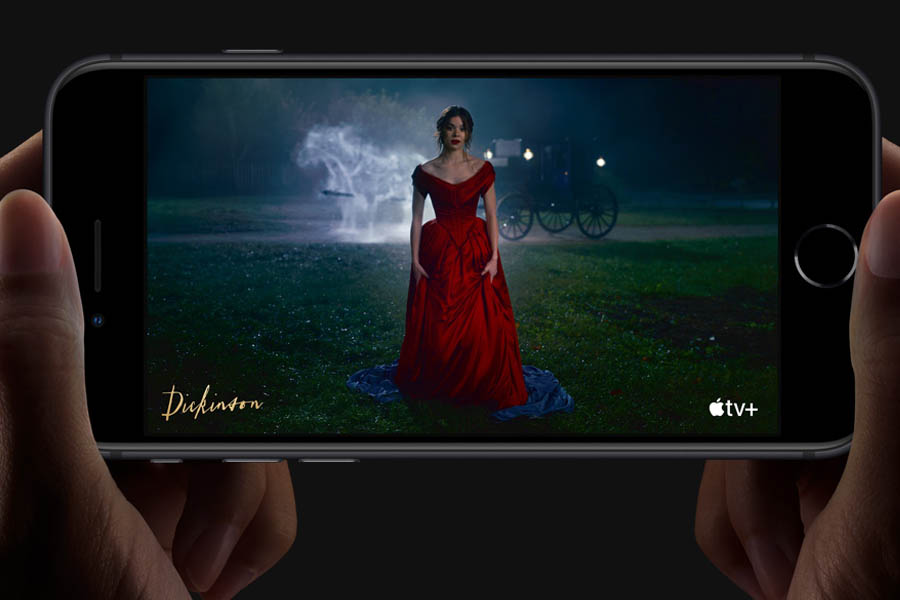 But the iPhone SE 2’s display isn’t downright terrible. It is about 18% larger than the original iPhone SE and as aforementioned, is the same as the iPhone 8, or the iPhone 7, 6, etc. Expecting a large OLED panel with minimal bezels on an iPhone lineup pre-established as a compact & economic model isn’t a great idea.

It’s powered by the Apple A13 Bionic chipset; the same one in the latest iPhone 11 series. Need I say more? Well, I do but how cool would it have been if I didn’t? This hexa-core SoC based on TSMC’s 7nm N7P process is still wiping the floor with other flagship chipsets which is absolutely humiliating for the Android smartphone market. Even the latest Snapdragon 865 falls behind it in terms of single/multi-core CPU and GPU performance. And that’s something you’ll find in $1000 phones (though there are a couple of exceptions as well). To quote Android Central:

The cheapest iPhone has a more powerful processor than the most expensive Android phone.

Furthermore, let’s briefly talk about software support. The iPhone SE 2 runs on iOS 13 out-of-the-box and you know it’s gonna get software updates for years to come. To put things to perspective, the iPhone 6s/6s Plus from September 2015 is updated to the same iOS 13. Software support on a device almost half a decade old? That’s something absolutely unheard of in the Android community. 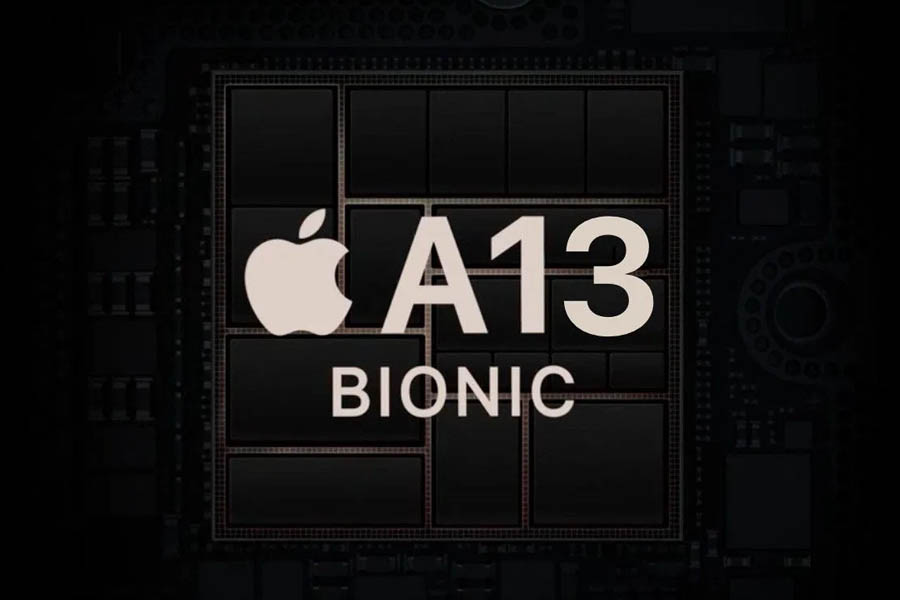 Moving on, the original iPhone SE (2016) came with a storage option starting from 16GB. But that’s simply not enough for 2020, and Apple knows that. Therefore, the base model of iPhone SE 2 has 64GB storage. You can also opt for the 128 or 256GB options by adding either $50 or $100 respectively. While 64GB may already suffice for many, the phone does have features like 4K video recording which can eat up a lot of memory in a matter of minutes. So I think the 128GB iPhone SE 2 for $449 is the best deal of the three.

Getting to the cameras, there are two of them – one up front, and one at the back. Let’s discuss the back camera first. It’s a 12MP f/1.8 wide lens just like the iPhone XR. Now though that may not seem like a lot, Apple’s capable software-based photography makes it a compelling option anyway. You can still shoot portrait images with various studio lighting effects, 5x digitally zoomed photos. Moreover, it also brings the “Smart HDR” & [email protected] (with OIS) video recording option found in Apple’s more expensive set of phones. 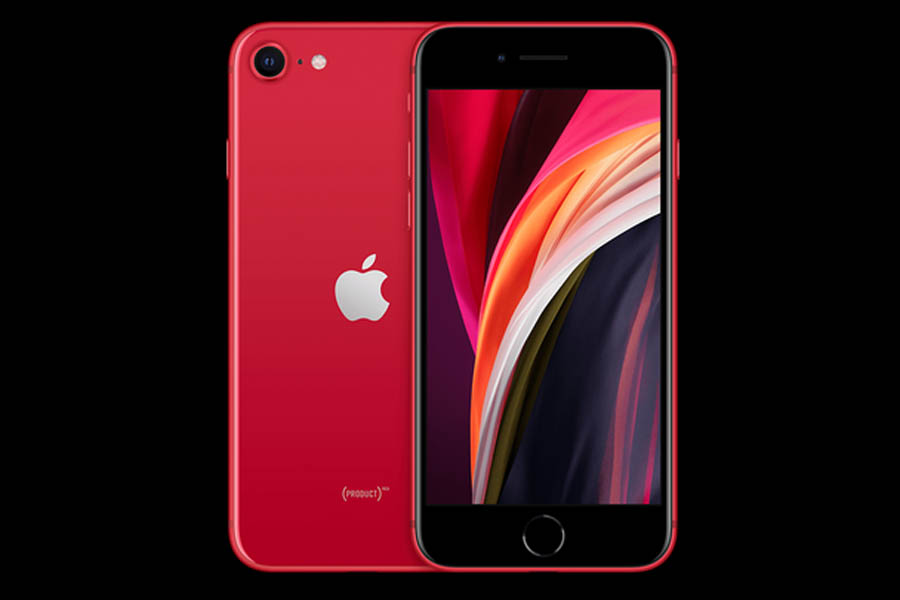 On the other hand, the front camera is a standard 7MP f/2.2 lens. It also supports portrait images with those lighting effects, [email protected] video recording, Auto HDR, and more. However, Apple’s Animoji support remains absent on this one.

In a typical Apple fashion, the company hasn’t disclosed the exact battery capacity on the iPhone SE 2. Their product launch events have always leaned on to using comparison-based information delivery rather than spit out the specific details in many cases. Here, Apple says that iPhone SE 2’s battery “Lasts about the same as iPhone 8“. Therefore, we can conclude with some degree of uncertainty that its battery size is the same 1821mAh cell of the iPhone 8. It also supports 18W fast charging which can take the phone to 50% with half an hour of charge. Similarly, the phone supports Qi-based wireless charging too.

The Phone SE 2 is officially available for purchase in Nepal. And it can be done from Apple authorized resellers like Oliz and Evo Store. Although the base variant costs $399 in the US, the price of iPhone SE 2 in Nepal starts at Rs. 70,000.