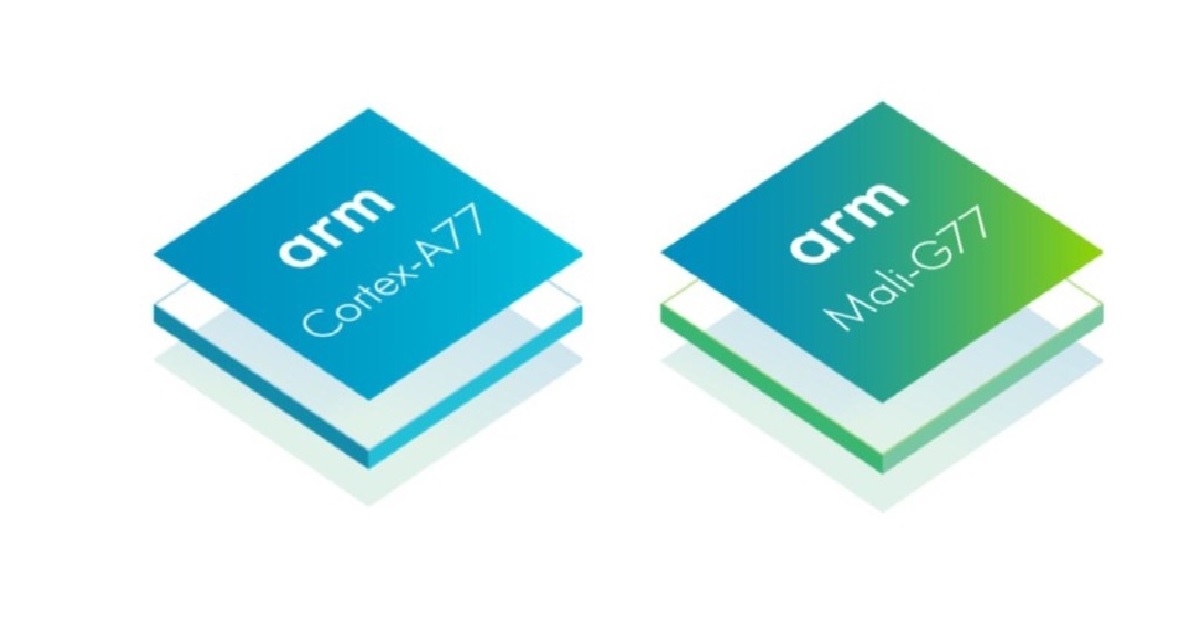 Around last week, ARM came into limelight when it said it would pull back its support for Huawei. And this time, ARM made the headline again. This time, the British company made a headline because of its newly announced CPU and GPU architecture. At its annual TechDay event, the chipmaker unveiled new ARM Cortex-A77 CPU core architecture and a new Mali-G77 GPU architecture. This new chip is based on that same efficient Cortex-A76 GPU template. The company says that the Cortex-A77 is the second generation of the design we saw on the Cortex-A76. And it will be still be based on 7nm architecture. But still, there will be a 20% improvement in performance over the last year’s model. ARM achieved this significant upgrade in performance by increasing IPC (Instructions per Clock/Cycle). This means that the new core can work with more set of instructions at a time. And to achieve this, ARM adopted wider core and made improvements to keep the CPU core fed with things to do.

20% IPC gain is a huge feat here because even while sticking to the same thermal and power constraints as before, the performance increases nonetheless. This is even more commendable in the case of ARM because AMD has just managed to achieve 15% IPS boost between Zen2 and Zen+. And in the case of Intel, it has remained virtually static over the last few years. Continuing with the performance, A77 promises to deliver a 23% increase in integer and a 35% increase in floating point performance in the SPEC2006. ARM has also improved the memory latency by 15% and the company believes that the clock speed on the A77 will max out at 3.0GHz, just like on the A76.

To decrease the bottleneck in the back-end and to increase the core’s performance, ARM has also included a new ALU in the A77’s back-end. The A77 also gets dedicated issue ports on its L1/L2 Data Caches for store-data pipelines and improved engines to ensure improved power efficiency. Alongside the power efficiency, this results in an improvement in data prefetching.

On to the GPU part, ARM has implemented a new architecture called Vallhall. And implementing this new architecture, ARM claims to achieve a 40% boost on the GPU performance. With this new microarchitecture, energy efficiency also increases by 30%. The Mali-G77 GPU also offers 30% better performance density allowing the chipmakers to accommodate more power into less space.

Addressing the growing use of the AI-related features in recent days, ARM has also increased the machine-learning performance by 60%. The company believes that it will significantly boost inference and neural net (NN) performance for advanced on-device intelligence. With this new CPU and GPU, the company hopes to facilitate the adoption of 5G, Internet of Things, AI, and autonomous driving tech. And the new Cortex-A77 CPU and Mali-G77 GPU look and sounds amazing. However, the chip-making companies like Apple, Qualcomm, Samsung, and Huawei can implement this design only the Q3/Q4 of 2019. So we may only be able to see smartphones/tablets with Cortex-A77 based chips in late 2019 and on 2020.