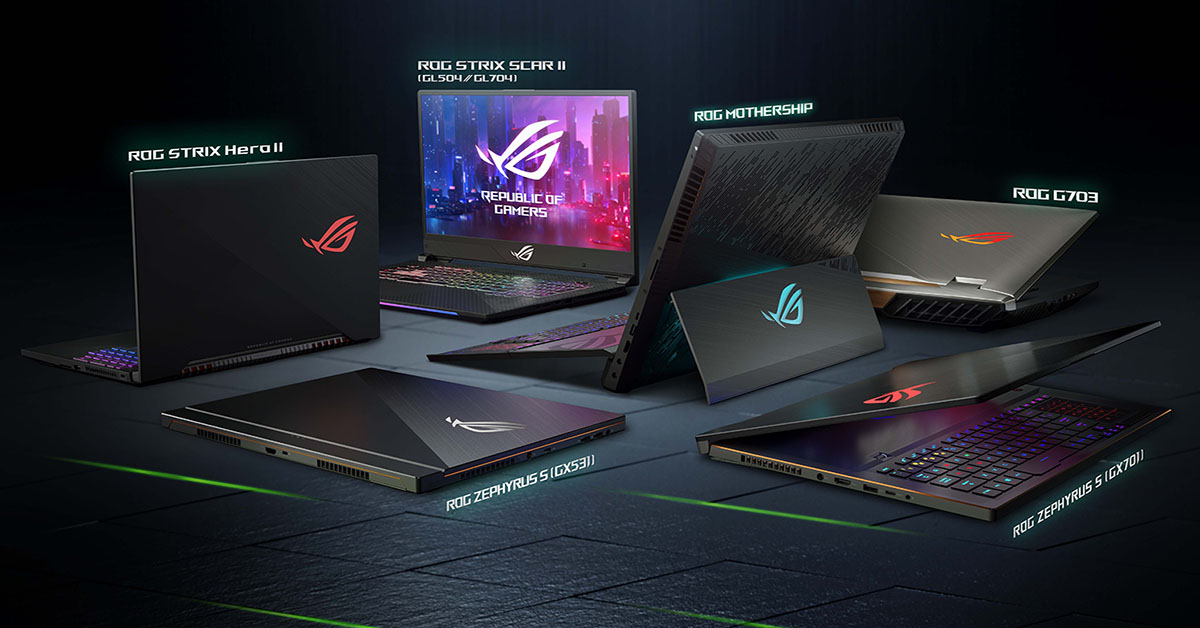 So the annual Consumer Electronics Show is now underway in Las Vegas. The 2019 edition of CES, of course, will showcase amazing technology too, but for the most part, there will be upgrades. And ASUS, the laptop manufacturer seems like it has its hands full. There are just an overwhelming amount of releases and upgrades. See some of them in here:

The ASUS ROG Strix II series of gaming laptops were one of the best around. They were not quite up to the top, but have a good set of configurations nonetheless. The ASUS ROG Strix Hero II and the ASUS ROG Strix Scar II are the ones that belong to this lineup. Both these laptops have full-fledged desktop style keyboards with RGB lighting and pretty swell design and build. Both of these also have a 144 Hz display with 3 ms of response time. In addition, both of these pack the Hexa-core 8th-gen Intel i7-8750H processor, up to 32 GB RAM, and GTX 1060 graphics. 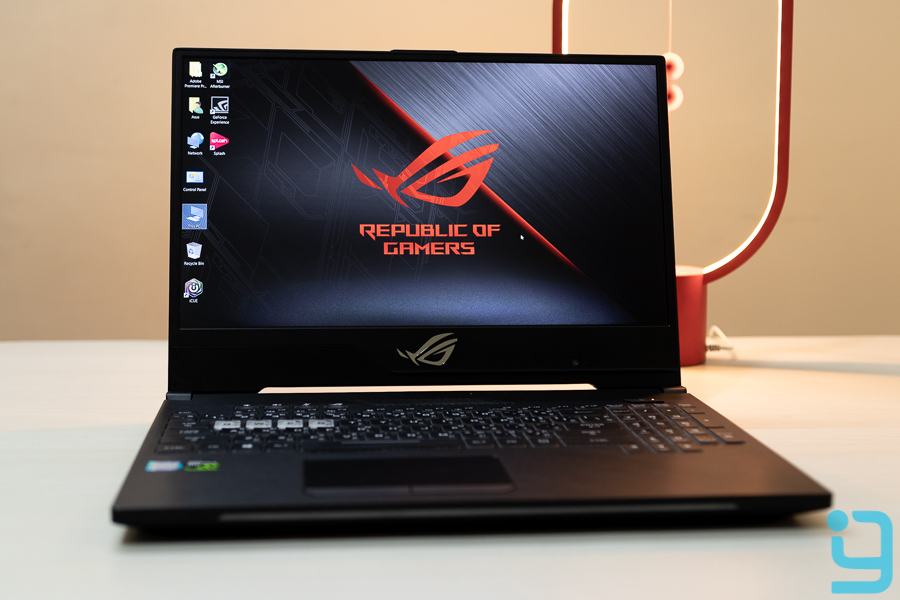 The Scar II is FPS-games based whereas the Hero II is for MOBA gamers – as differentiated by the W-A-S-D and Q-W-E-R highlighting on the keyboard respectively. The difference is that the Scar II is available in 15.6″ and 17.3″ display options while the Hero II is only in available in a 15.6″ model. And now, both these laptops are updated with RTX 2060 graphics for better gaming performance. The Scar II can have 2 graphics options, an RTX 2060 and RTX 2070, while the Hero II will ship with RTX 2060.

Of course, we will see an increment in price as well, but for now, there’s no word on it. and these laptops will be available for purchase in a few months.

ASUS gaming notebook, the ASUS Zephyrus, now, has a bigger version with a 17″ screen. The new variant is called the GX701, or the ASUS Zephyrus S 17, which is not surprising. There are not many changes in the other aspects of the gaming laptop except for the bigger screen. The Zephyrus S 17 will have the same 1080 panel, with 144Hz refresh rate and 3 milliseconds of response time.

Everything else, too, is pretty similar with the ASUS Zephyrus S 17 being powered with the 8th-gen Intel i7-8750H as well. But the new one has the RTX 20-series of graphics, with configuration available all the way up to RTX 2080. It can also pack up to 24 GB of RAM. 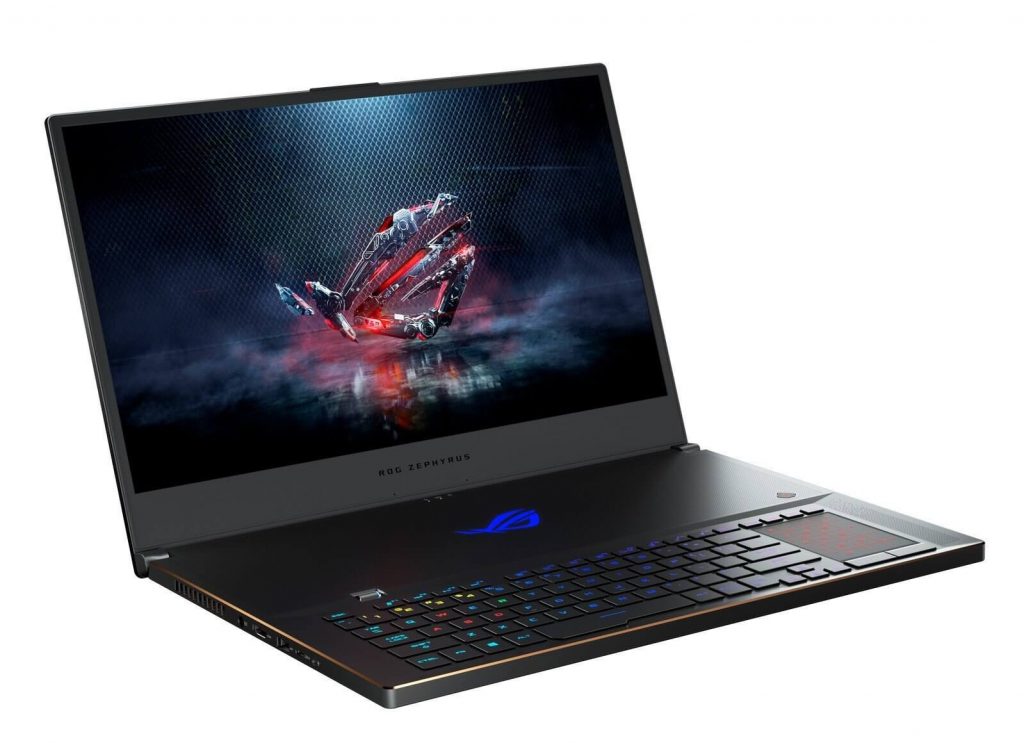 The screen resolution might be a bit low for the larger screen, so, we might see 1440p or 4K variants as well. But the 1080 panel on a 17″ screen is also more immersive than 15″ ones, though. While all the other aesthetics part remains the same too, yes, even the footprint of the device, this one is a bit thicker at 1.8 cm. But that is still pretty sleek for a gaming laptop. It still retains the awkward keyboard and trackpad configuration, but that doesn’t seem to be that big of an issue with anyone.

Also, an improvement over the regular Zephyrus S is that it has a separate USB-C charger if you’re not gaming. This is light enough to carry around, just like the laptop. Again, there is no word on pricing. And the Zephyrus S 17 will be available for purchase in the first quarter of 2019.

There are so many gaming laptops these days, that many of them tend to look the same…give or take a few slight changes in aesthetics. And then, there’s the ASUS ROG Mothership – a new 17″ gaming laptop that sort of fits the name. First and foremost, a button will trigger a kickstand to pop out from behind the display, and the keyboard is detachable to be used wirelessly if you want.

All the processing components are behind the screen, and so, the ‘monitor’ or the display part is quite chunky. Hence, the requirement of the kickstand to support it. And this laptop is also powered by NVidia’s RTX 20-series graphics. Packing everything on the display part helps this laptop get better airflow, which will improve the thermals as well. Plus, the detachable keyboard means you can attach another wired gaming keyboard to play games with as well. 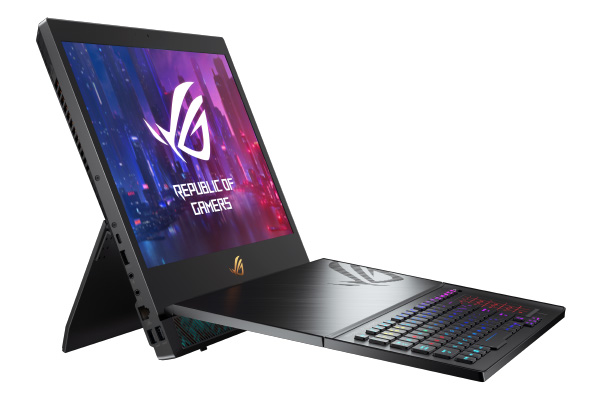 The screen also features a 144Hz refresh rate, 3 milliseconds of response time and NVidia’s G-Sync. Under the hood, it is powered by the Intel’s Core i9-8950HK CPU, and you can cram up to 64 GB of RAM. And if you really feel like it, you can run up to three 512 GB NVme SSDs in a Raid 0 array! But all of this doesn’t come in a small package, though. You’re looking at a 4.6 kg beast. This makes it less of a laptop, and more of a strange desktop…but you can carry it around if you don’t mind a bit of back-aches.

Of course, this is just very recent, so, no pricing information about this either. But I’d expect it to cost equal to the highest-end gaming PCs – if not more. As strange as this laptop looks, we have to commend ASUS on how it’s trying to reinvent gaming laptops.

ASUS Zenbooks are all about portability, but their S-series take it one step further. With the ambition of extreme portability in mind, the new and updated ASUS Zenbook S13 packs even more in its sleek body. First off, you will notice what it advertises – the slimmest of bezels on a screen at 2.5 mm! The laptop has a 13.9″ IPS screen and the bezels around it are next to invisible.

This raises a question about the position of the webcam. But unlike other laptops who opt for a bottom-placed webcam for thin bezels, the webcam is right on top – but on a “reverse-notch” of sorts. There is a slight bump on top of the laptop screen that houses the webcam, and it can actually help you open up the laptop more easily. Also, at 1.29 cm thick, this could be the slimmest laptop in the world now too! And since it weighs only 1.13 kgs, we can assume it is not for power-hungry users, obviously! There are a few configurations – you can either choose one with Intel i5-8265U or an i7-8565U for better performance. It can pack up to 16 GB RAM, and if you choose, you can opt for one with NVidia GeForce M150 graphics.

Again, no word on pricing, but ASUS Zenbooks are not known for affordability. So, don’t hold your breath. This, too, will be available in the first few months of 2019.

By now, you must be pretty darn confused with the lineups of these ASUS laptops. Zenbook, Zephyrus, and what not and that S-series on top supposed to be more portable than the regular ones? Well, brace yourselves. There’s the ASUS StudioBook S-series now – which combines portability with a raw performance!

Now workstation might mean different things to different people. Generally, they are for business people, but this workstation has a different idea. The StudioBook is a workstation for content creators – movie editors, VR builders, and the likes. And to do so, you all know that it requires some serious power! 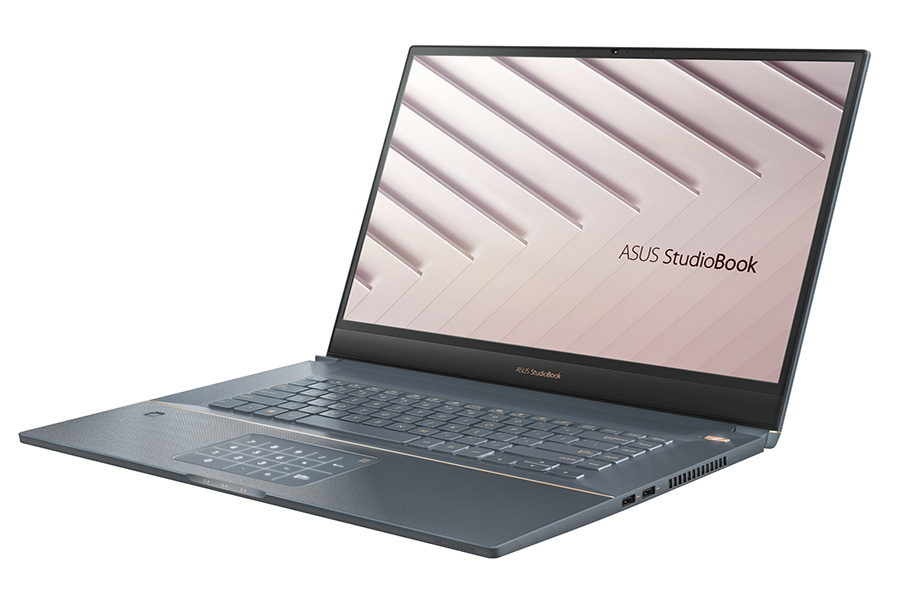 So, just how powerful is this thing? For starters, it comes in two configurations: the 2.2 GHz 8th-gen Intel i7-8750H or for some more power, 2.7 GHz Hexa-core Xeon E-2716M. It can also pack up to 64 GB of DDR4 RAM and a whopping 4 TB of NVMe storage! There are also plenty of ports in here – a USB-C with Thunderbolt 3, three USB As, an HDMI, and an SDcard reader as well.

Since it is a workstation for content creation, the screen needs to be just right too, and it actually is. Its 17″ display with 16:10 aspect ratio looks pretty cool, and it has about 97% DCI-P3 color gamut coverage, so, no need to worry about color accuracy. But the body packs only a 57 Whr battery, which might be easy to burn through during heavy workloads.

With this, there is no need to stay glued to your desk while creating or manipulating content. And this is just another of ASUS’ innovation for its laptops. And just by looking at the spec sheet, you can guess the price range pretty easily as well.

So, these are the ASUS latest releases in the CES 2019. With all of these, ASUS seems to have its hands full… Let’s see how these hold up this year.