Nagmani International, the official distributor for Asus products in Nepal, has launched a couple of new high-end laptops in Nepal. Among the two is the ROG Zephyrus Duo 15 SE. The latest dual-screen laptop in the series comes with Ryzen 5000 series mobile CPU and GeForce RTX 30 series mobile GPU. In this post, we will be diving deeper into the specs and features of the Asus ROG Zephyrus Duo 15 SE (2021), along with its official price and availability in Nepal.

As with its predecessor, the standout feature of the Zephyrus Duo 15 SE (2021) is the secondary screen. Asus has taken the ScreenPad Plus from the ZenBook Pro Duo and placed it on a tilting surface onto the Zephyrus Duo 15 SE. The screen can tilt up to an angle of 13˚ for better interaction and improved airflow. Asus has also improved the hinge structure so that there is a considerable delay between the opening of the main and secondary screen. 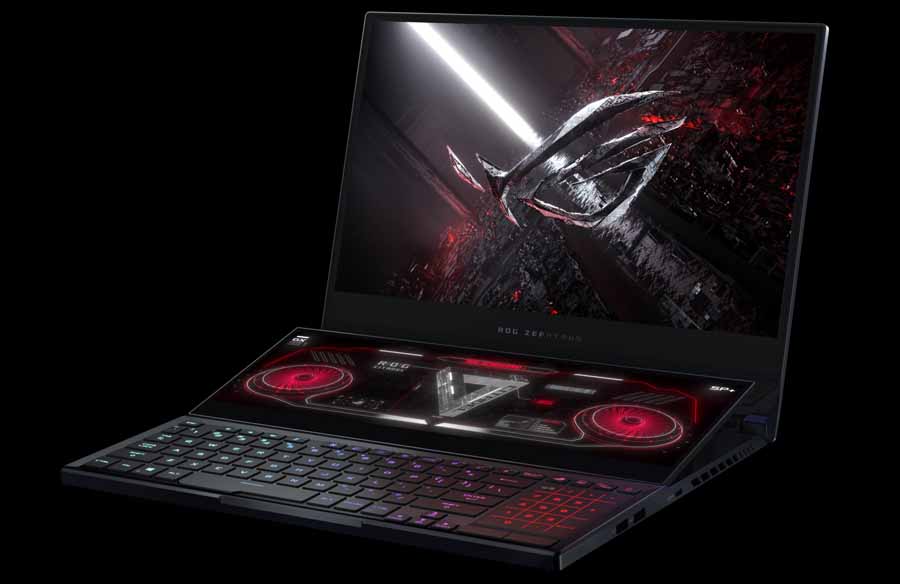 Asus has collaborated with XSplit Gamecaster and Adobe to use the ScreePad Plus for streaming and content creation.

Talking about the main display, we get a 15.6-inch 4K UHD anti-glare panel. This one comes with a 120Hz refresh rate which is quite rare for a 4K UHD display. The panel covers 100% and 132.7% of Adobe RGB and sRGB color gamut.

Both the main and secondary displays support Adaptive-Sync technology that matches the refresh rate of the screen with the frame rate of GPU. They also fulfil the requirement of stringent Pantone validation.

Zephyrus Duo 15 SE has an all-metal chassis made from magnesium-aluminium alloy. We can see the Dot matrix design and ROG logo on the lid. The laptop is just 20.9mm thick and weighs only 2.4kg. 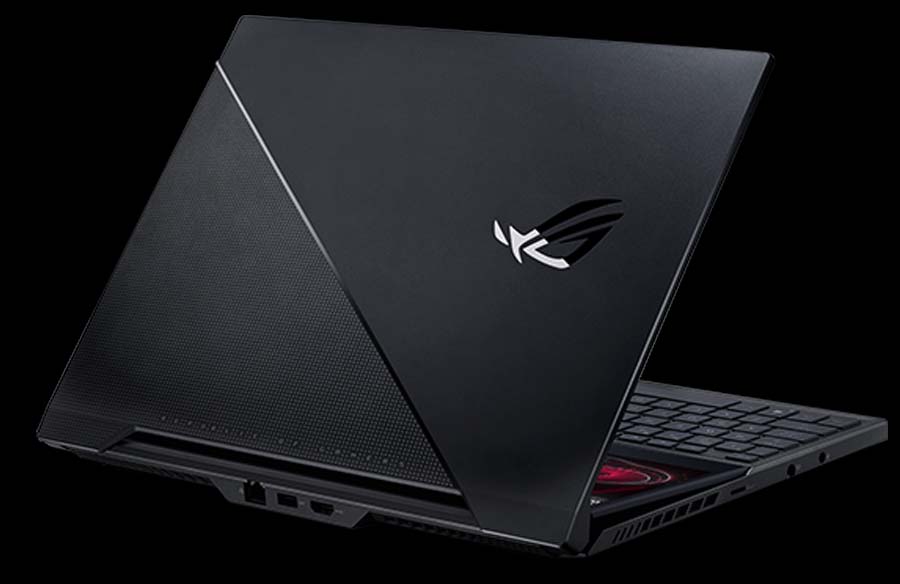 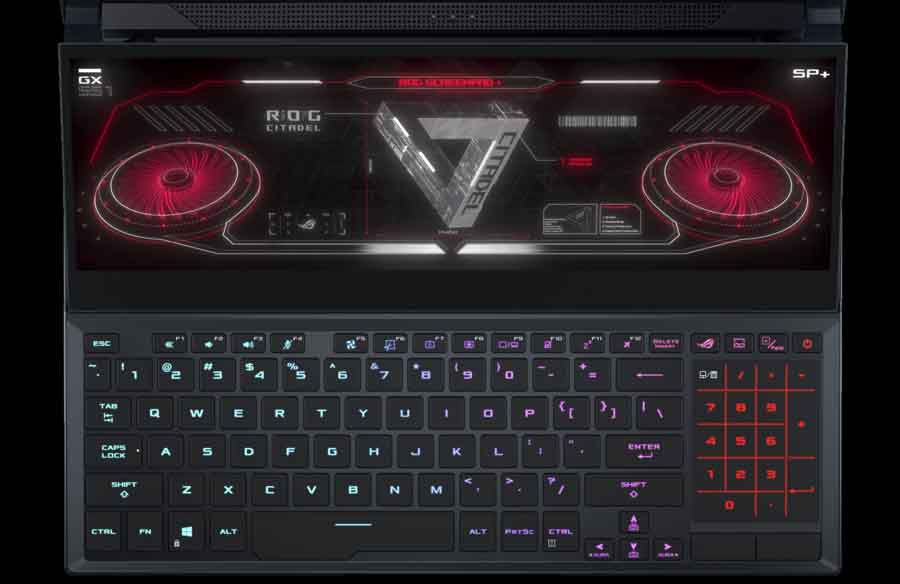 The keyboard comes with per-key RGB lighting that is compatible with other Aura Sync devices. The keys have a key travel distance of 1.4mm. It also supports N-key rollover.

ROG Zephyrus Duo 15 SE comes in two processor options – Ryzen 9 5900HX and Ryzen 7 5800H but only the former is available in Nepal. It is based on the new Zen 3 architecture and is built on TSMC’s 7nm process. The processor can run on 90W but falls down to 50W when the GPU is active. 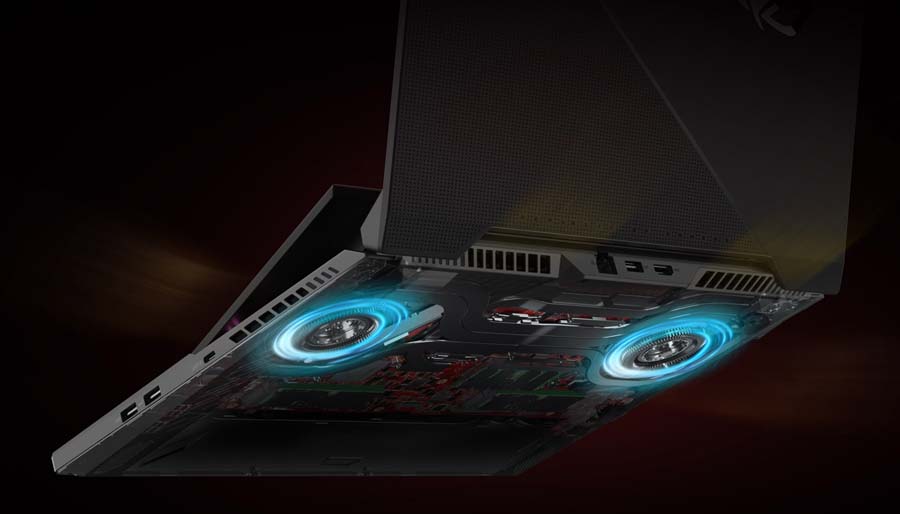 Handling the graphics is the GeForce RTX 3080. Asus has optimized its ROG Boost to run the GPU at 1645MHz and 115W. Similarly, the Dynamic Boost provides an additional 15W of power.

Zephyrus Duo 15 gets its juice from the 90Wh battery with 100W fast charging that can refill the device to up to 50% in just 30 minutes. With the laptop, you get four USB 3.2 Gen 2 ports (1x Type-C + 3x Type-A), one 3.5mm audio combo jack, one HDMI port, one Ethernet port, and a microSD card reader. In terms of wireless connectivity, it supports Wi-Fi 6 and Bluetooth 5.1. 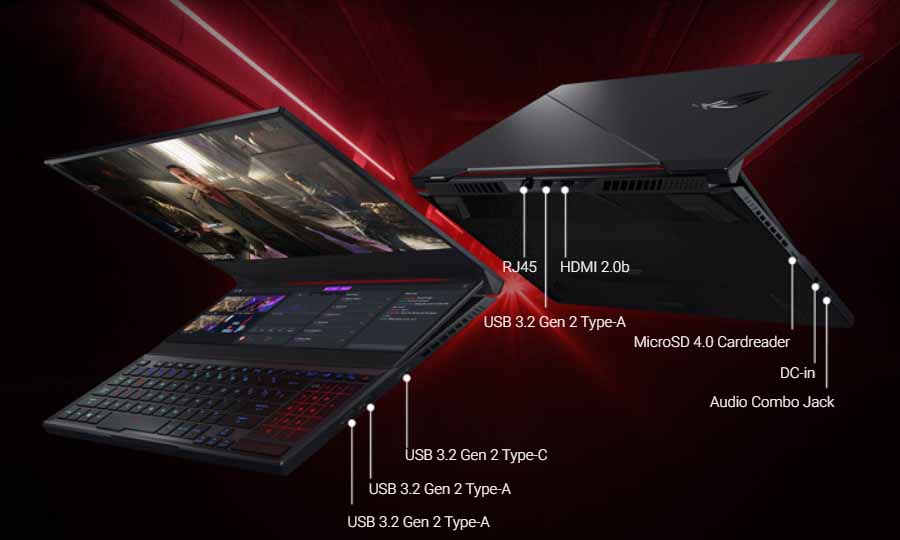 The speaker setup on the Zephyrus Duo 15 SE (2021) consists of two tweeters and two woofers. The setup supports Dolby Atmos 5.1.2-channel virtual surround sound. There is a two-way AI Noise cancellation system for gamers that runs entirely on the CPU.

Asus ROG Zephyrus Duo 15 SE (GX551) is now available in Nepal for NPR 411,111. You can buy it from authorised Asus laptop sellers all over Nepal.