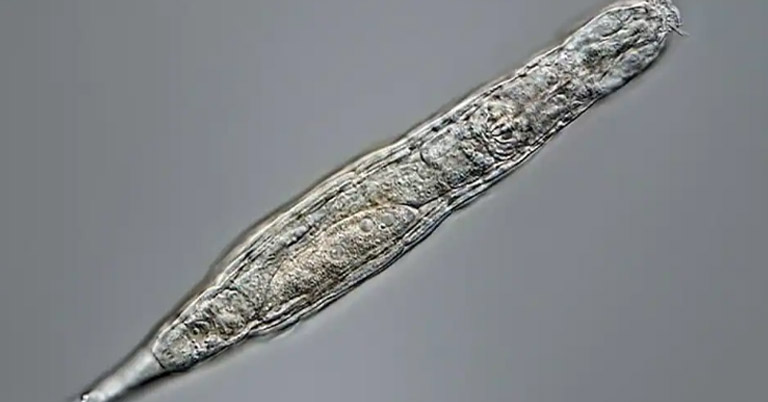 A microscopic multi-cell organism known as “bdelloid” has regained its life after being frozen for 24,000 years in Siberia. Russian scientists discovered the bdelloid rotifer in the Alayeza river in the Russian Arctic.

Bdelloid rotifer: back to life after 24,000 years

The multi-cell organism, which usually lives in freshwater habitats can survive in extremely cold conditions. A previous study indicates that bdelloid rotifer can survive in -20º Celsius temperature for around a decade.

According to new research published in Current Biology, the organism can survive for thousands of years. Researchers unearthed the bdelloid rotifer in a soil sample taken at a depth of 3.5 meters below the ground.

Similarly, to take the sample, scientists used core extraction and sample processing technique that prevents contamination from top layers of soil. Surprisingly, despite living tens of thousands of years in a frozen land, it was able to reproduce asexually. Bdelloid rotifers are also known for their resistance to radiation and other inhospitable living environments.

Stas Malavin, of Russia’s Institute of Physicochemical and Biological Problems in Soil Science, says “The takeaway is that a multicellular organism can be frozen and stored as such for thousands of years and then return back to life – a dream of many fiction writers”.

For years, land encased in permafrost—where the Earth is frozen all year—has brought startling scientific discoveries. After carbon dating, scientists revealed the organism’s age between 23,960 and 24,485 years old. According to them, it was previously thought to be impossible for a multicellular creature to remain frozen for thousands of years and then regain its life.

Malavin says further study is necessary to discover the true nature of the organism. There are also other multi-cell creatures, plants, and mosses that came back to life after thousands of years.

How they can actually survive?

Bdelloids are capable of maintaining such long existence with “cryptobiosis”. In this process, microscopic creatures don’t need oxygen, water, or even food. You can take a sneak peek of the bdelloid rotifer from here.