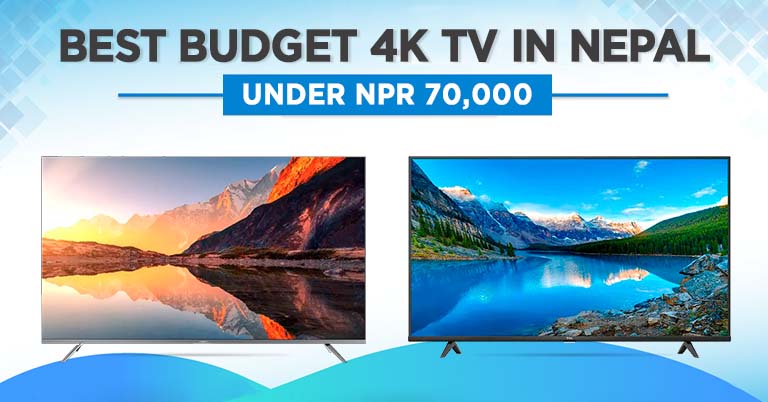 Because a TV is a long-term investment, buying the perfect one for your need is crucial. But with so many options available, one can fall victim to manufacturers’ marketing schemes—and ultimately buy an inferior product. And while Full HD TVs are the most common ones in the budget category, you can also get nice 4K TVs these days without spending too much. So to help you make an informed purchase decision, we have curated this list of the best budget 4K TV under NPR 70000 in Nepal.

The first entry on our list of best budget 4K TV under NPR 70000 in Nepal is the LG 43UP7550. It incorporates LG’s AI ThinQ technology, which means this TV is loaded with a bunch of unique features that you won’t find on other TVs on this list. For example, its “Sports Alert” sends you real-time notifications about the game score of your favorite match. LG says the 43UP7550 delivers AI-optimized sound as well, by analyzing millions of audio points for clear mids and highs. So its 20W down-firing stereo speakers with virtual surround sound should result in noticeably improved audio quality depending on whatever’s playing. 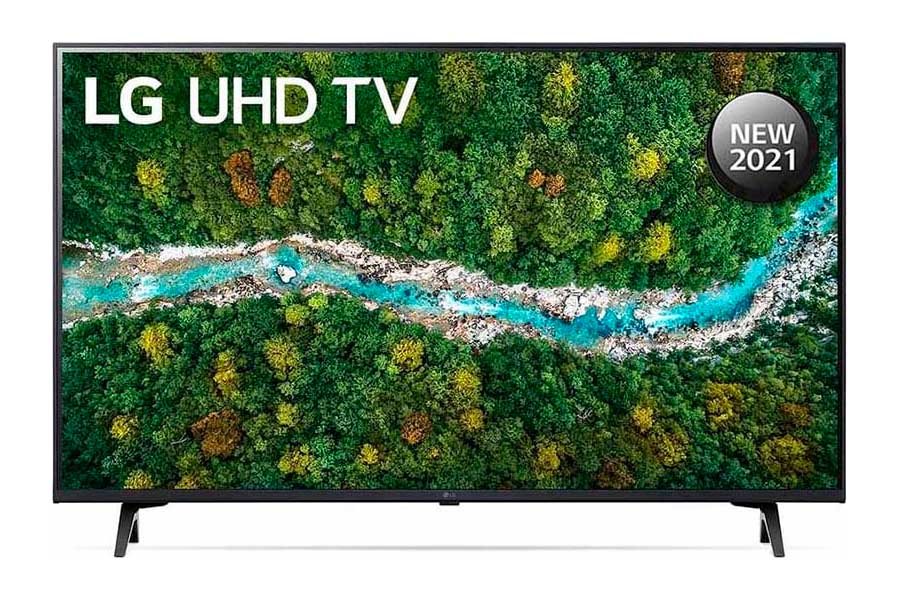 Likewise, you can also connect and control your smart home appliances via this TV. As for the display itself, it uses LG’s 4K upscaler to enhance the clarity of the content you’re watching. It supports HDR10 Pro and HLG Pro standards for enhanced brightness adjustment on HDR-ready movies or TV shows. Both of them are pretty similar to their non-Pro counterparts—as in they use static metadata instead of dynamic—but with a few custom tweaks from LG. In terms of software, the 43UP7550 runs on LG’s own WebOS platform but you do get Google Assistant support here.

TCL’s impressive 43P635 4K TV takes the third spot on our list of best budget 4K TV under NPR 70000 in Nepal. Instead of the traditional edge-lit LED backlights that you’ll find on most LED TVs, this one uses a direct-lit LED backlight with 1,296 micro dimming zones. That basically means it is comparably richer in contrast levels and color details. TCL has also paired this with its proprietary Dynamic Color Enhancement algorithm for further optimizing color saturation. All this doesn’t put it anywhere near an OLED—or even a QLED TV for that matter—but it’s pretty impressive stuff for a regular LED TV. 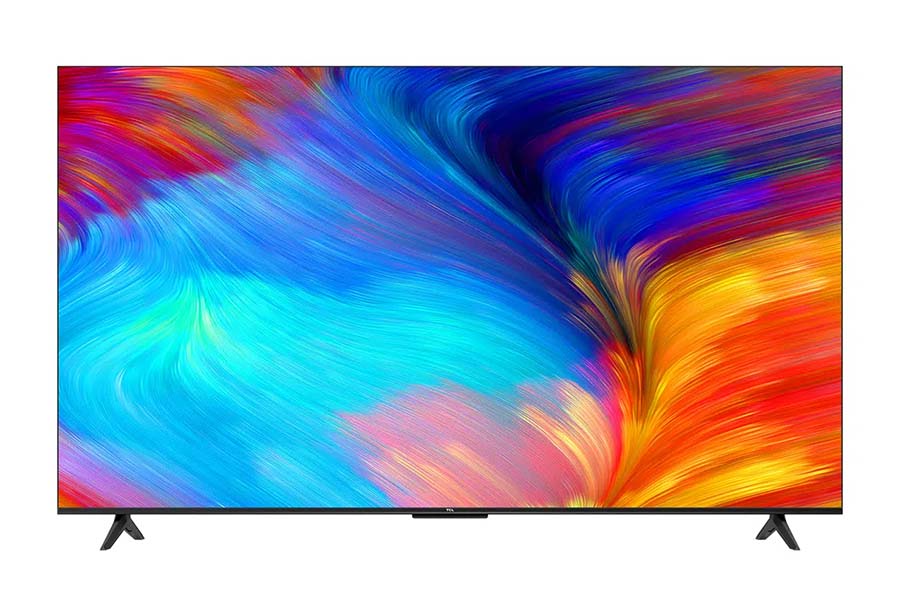 The 43P635 runs on the latest Google TV platform out-of-the-box and you can binge content from all your favorite streaming platforms like YouTube, Netflix, Prime Video, Sony LIV, etc. here. It also lets you control Google Home-ready devices hands-free. Audio-wise, this TCL TV gets a standard set of down-firing stereo speakers with a total 20W of output. Although it natively can’t decode any multi-dimensional surround sound codec by itself, it does support Dolby Audio for well-detailed audio output. It also comes with HDMI 2.1 ports, which means you can connect up to 4K 120Hz sources with low input lag.

Okay, the silver medal on our list of the best budget 4K TV under NPR 70000 in Nepal goes to the newly launched Redmi Smart TV X Series (43). Xiaomi has always been known for its excellent value-for-money products, and this TV puts the company further cements that legacy. That’s because the Redmi Smart TV X Series introduces a bunch of high-end features like Dolby Vision HDR, DTS Virtual:X, and HDMI 2.1 connection—which is pretty uncommon in the budget TV arena. Its display is tuned by Xiaomi’s proprietary Vivid Picture Engine, and it covers an impressive 92% DCI-P3 and 85% NTSC color gamut. 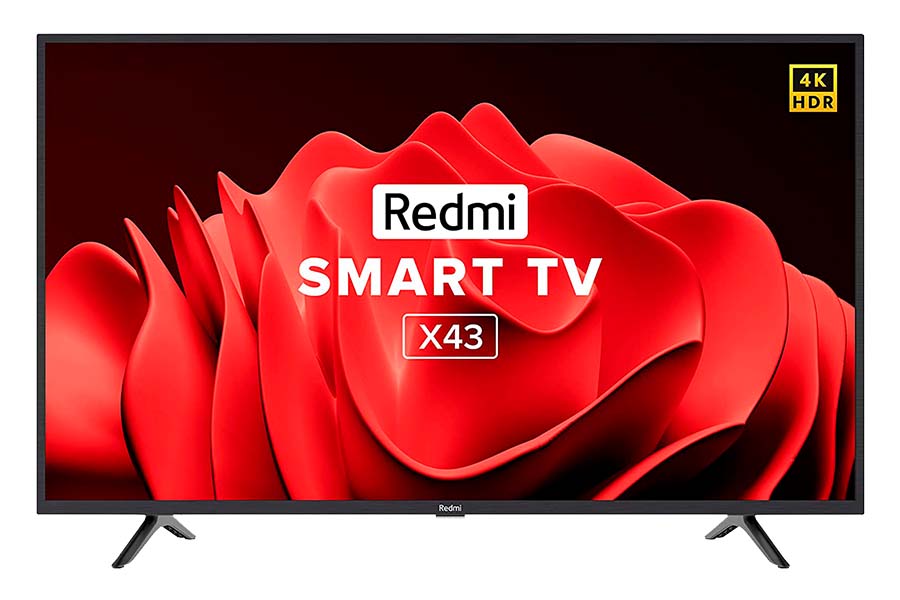 In terms of audio, this TV has powerful 30W stereo speakers with Dolby Audio and DTS Virtual:X surround sound technology. And if you have Dolby Atmos-compatible speakers or soundbars instead, the Redmi Smart TV X Series does support Dolby Atmos pass-through via the single eARC-ready HDMI 2.1 port. As for the software, it runs on Android TV 10 alongside Xiaomi’s PatchWall 4 (with IMDb) content recommendation system. But unfortunately, PatchWall doesn’t work here in Nepal just yet. Powering this TV is a fairly powerful quad-core Cortex-A55 CPU with 2GB RAM and 16GB storage.

With that out of the way, we’re awarding the Xiaomi Mi TV 5X 4K (43) our gold medal in this list of best budget 4K TV under NPR 70000 in Nepal. Like the Redmi Smart TV X Series, this one also boasts an incredible value proposition which is why it’s managed to take the number one spot. It shares a lot of similar specs with the Redmi TV, but it does have a few extra tricks up its sleeves for the added price. Most notably, Xiaomi has tried to distinguish these two TVs with their build quality. While the Xiaomi Mi TV 5X has a more premium design with its metal frame, metal base, and carbon fiber finish at the back, the Redmi Smart TV X Series is pretty much entirely plastic-made. 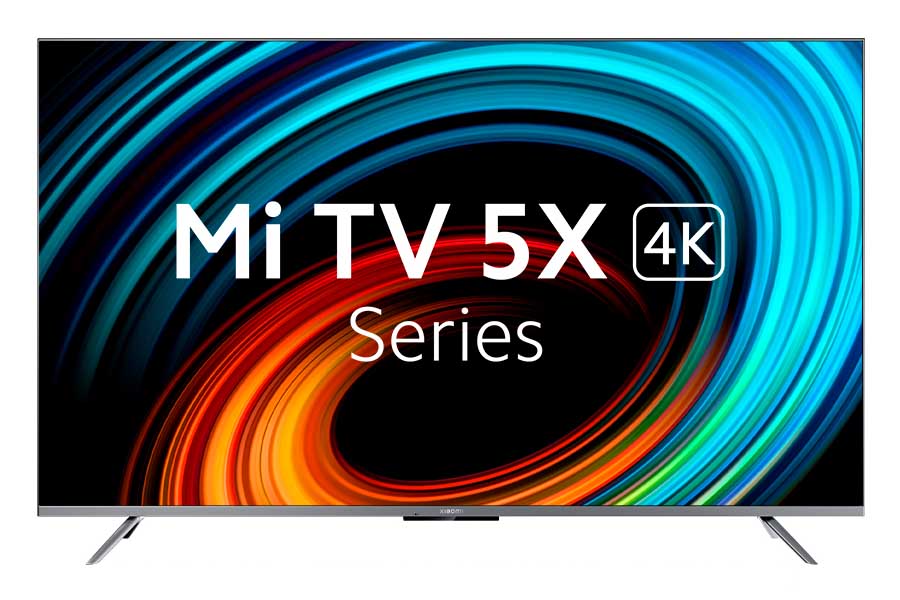 Xiaomi says it has also used the second-generation Vivid Picture Engine (VPE), contrary to the first-gen VPE on the Redmi TV. With this, you can expect even more nuanced colors, contrast, and brightness adjustment here. It has adaptive brightness support as well which automatically adjusts the TV’s brightness level based on the ambient lighting condition. Although it retains Dolby Audio and DTS-HD decoding, Xiaomi has swapped DTS Virtual:X in favor of Dolby Atmos surround sound on this TV. Other than this, the Mi TV 5X is powered by the same quad-core processor and it runs on Android TV 10 too.