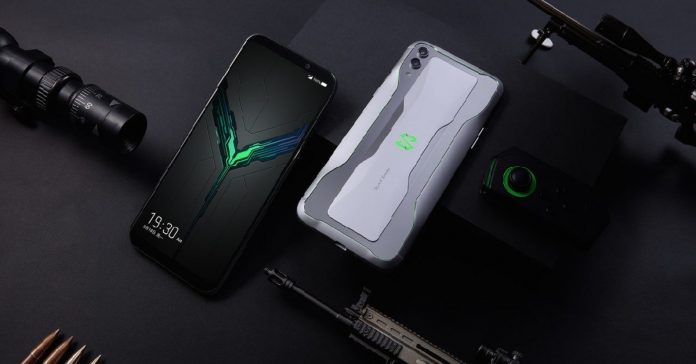 Xiaomi‘s gaming-focused smartphone brand, Black Shark, is going to announce a refreshed model to its second-generation smartphone. Xiaomi has already decided to launch this device on July 30 in China. And looks like the phone will aptly be called the Black Shark 2 Pro. The latest teaser was posted on Weibo by the company and only offers the rear design of the upcoming phone.

However, we still have some information, although indeterminate, about how the phone will be. These are just some rumors, and guesses, on what the phone might be like once it is out.

At first glance, the outer shape and design look identical to the current Black Shark 2; except for the two vertical lines. We can, however, theorize the new customizable LED bars are moved to the edges. Also, the RGB ‘S’ logo on the rear of the Black Shark 2 seems missing in this model. The updated phone will be powered by the refreshed Snapdragon 855+ chipset alongside 12GB of RAM. Since the Snapdragon 855+ is designed for gaming smartphones, let’s see how much difference will this one make. Also, the phone will run on Android Pie which adds to smooth gaming experience for the phone-gamers.

We are yet to be sure about the phone’s other resources; but, according to some reports, the most probable features and specs are already out.

These are the most probable specs for the phone. However, it may vary for good when the phone is officially released on July 30. It seems like we won’t have to wait for long to see what this phone brings to the table.