The wearables market, specifically smartwatches has seen major stride over the past couple of years. Companies like Fitbit, Apple, and Samsung are the top players in the arena, though there are many Chinese knock-offs as well. The thing with smartwatches from these top brands is that, well, they’re just too expensive for your average Joe (don’t ask who Joe is). On the other hand, the cheap Chinese replicas feel way too gimmicky and unreliable. Isn’t there a reliable yet fashionable smartwatch out there that is light on the wallet as well?

Why yes, there could just be one! The Blitzwolf BW-HL1 is a smartwatch that looks & feels premium on the hand while packing a ton of features as well. Priced at just a little over $20, the BW-HL1 might just be the one to beat in that price range. Let’s find out more about it in our review.

The Blitzwolf BW-HL1 has a very premium looking build and I’m a little giddy when I say that few people even mistook it for Apple Watch. That should already tell you something about this smartwatch. Frankly, it does kinda look like the Apple Watch on a glance so I don’t blame them. 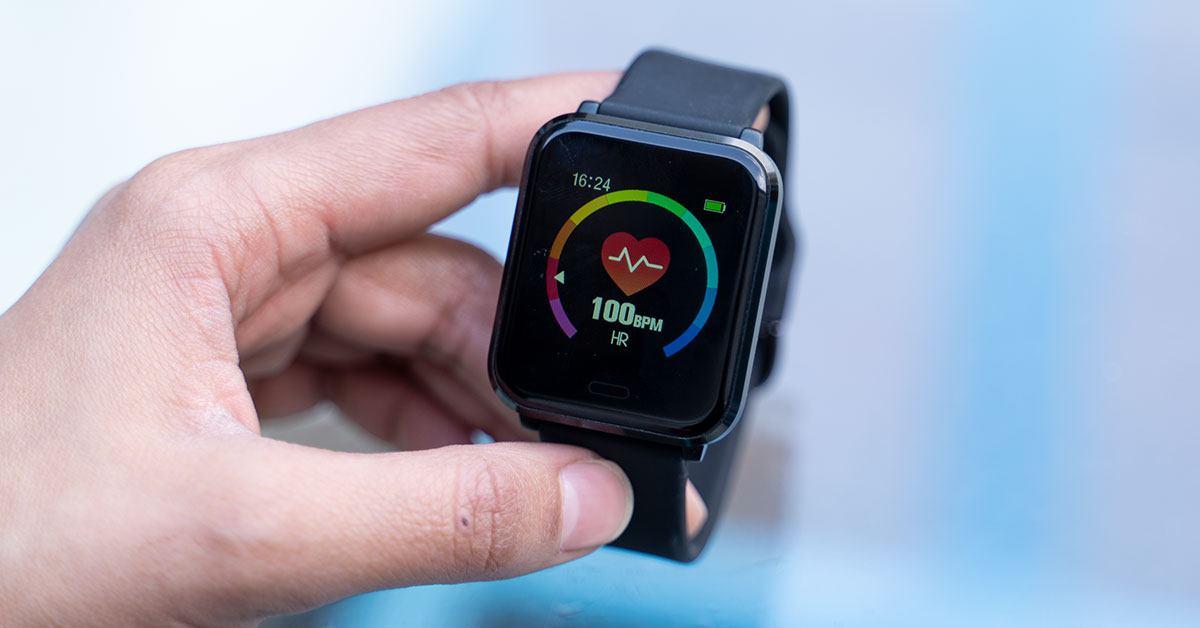 Similarly, it features a soft 20mm universal strap that is soft and easy on the hands. One of the unique features you get here is the mechanism to buckle up the strap into your hands.

Unlike other watches, you don’t get a loop/band retainer here. Rather, there’s an additional hole in the strap, underneath which you pass on the excess strap after setting in the buckle tongue into one of the adjustment holes. Thus, you get a tighter and more secure fit.

Moving on, the display is good, but not something that’ll blow your socks off. The 1.3-inch IPS LCD panel is fairly bright. Though I personally had no problem accessing the smartwatch in any situation including outdoors, I wish it was just a little brighter. There are 6 levels of brightness you can choose from and I set my unit to the second-highest option. The 3 in-built watch faces are pretty attractive and equally informative too, but I wish they were customizable like in Xiaomi’s Mi Band 4.

There’s a single touch key for control. I found it fairly easy to operate since it’s just:

I’m a long time Mi Band 3 user, which has swipe gestures for navigation. However, since the BW-HL1 features a single touch key mechanism, it can sometimes be annoying when you have to select a menu that you just passed. Gotta take another round trip through the menus to get there! Similarly, I compared the “Raise to Activate Screen” feature in both devices simultaneously. Here, I found that my Mi Band 3 was fairly easy to turn on while the BW-HL1 demanded a little more aggression when lifting the hand.

The 180 mAh battery fares well as advertised. According to the company, it can give you up to 15 days standby and 7 to 10 days of working time. In my case, I was prompted to charge my BW-HL1 in 10/12 days’ difference.

Now let me talk about its health-oriented features since the BW-HL1 has a handful of them. Sleep tracker, step counter, calorie counter, heart rate monitor are the standard ones that you’ll find in most of the fitness trackers or smartwatches. Additionally, it also has blood pressure and a blood oxygen monitor. Though they seem fairly accurate, I wouldn’t bet on it for absolute accuracy. 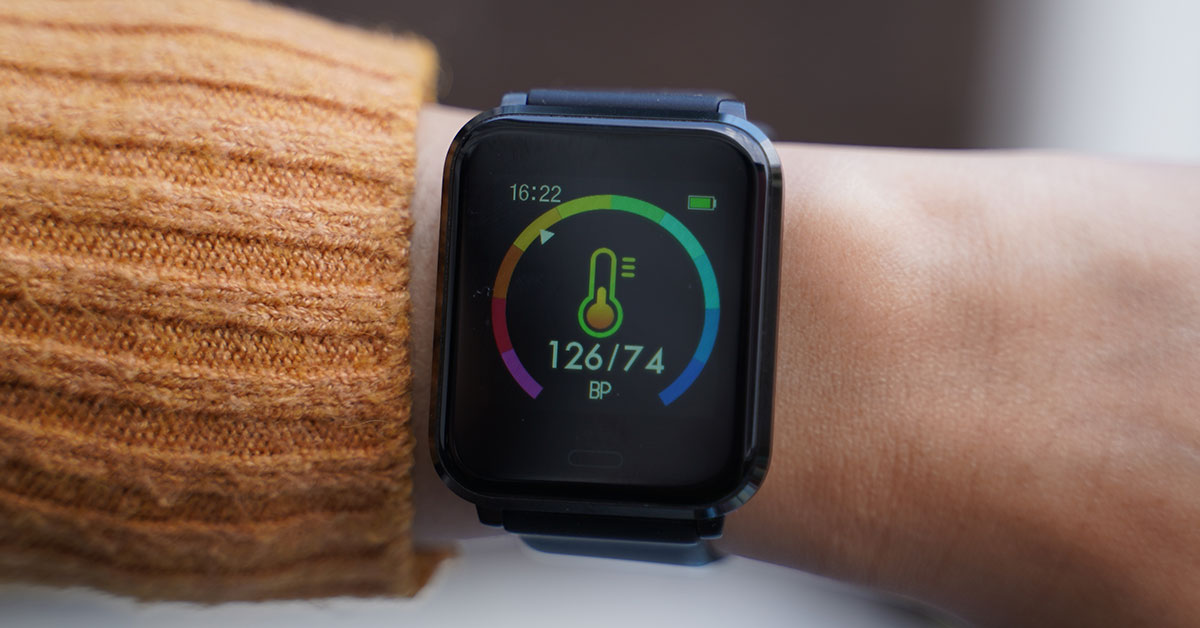 Talking about sensors, I’m a little on the fence about the pedometer. I found my BW-HL1 to overstate the number of steps I took. When directly comparing it with my Mi Band 3, its step counter would show approximately 10% higher value. This could very well be fixed with a firmware update but I’m yet to receive one in my days of using.

While on the topic of inconvenience, I would also like to point out that the touch key is fairly prone to accidental touches as well. The thing is, long-pressing the key on the home screen displays the Bluetooth name and the MAC address of the watch. And I constantly found my BW-HL1 going into the aforementioned screen, especially if I’m laying down under a blanket. When exposed to the softness of the blanket with a little pressure, it would register as a click. As a result, I would take off the smartwatch when going to sleep. I hope the company rolls out a firmware update with a fix since this is quite annoying.

Furthermore, the “Training” mode allows you to track your performance under 8 different sports, which includes walking, running, cycling, skipping, badminton, basketball, football, and swimming. I’m not much of a fitness freak so I didn’t bother diving deep into this feature.

The notification reminder on the BW-HL1 is something to appreciate. You can get notifications for calls, messages, and a handful of social networking apps like Facebook, Twitter, Whatsapp, Skype, Instagram, etc. You can also receive notifications from other apps of your phone directly in the smartwatch.

Similarly, BW-HL1 also has a “Music control” feature. You can play/pause a song along with skipping tracks forward or backward. When connected, this feature works even if the phone is locked.

Another handy feature here is the “Remote Camera“. You can take pictures simply by long-pressing the “Shutter” menu. However, for this to work, you have to have your phone unlocked. To my dismay, I found out that you can’t trigger your phone’s camera app and this option only works with Blitzwolf’s in-built camera app. Thus, you are restricted from tweaking any camera settings when taking pictures via the smartwatch.

Finally, let’s get into BW-HL1’s companion app named “Da Fit“. It has a pretty basic UI and feels lacking in polish, but does the job nonetheless. The welcome screen shows all the basic data like steps, sleep, heart rate, blood pressure, etc. A slide to the right takes you to settings, which also displays the connection as well as the battery level. I wish I could check the battery level directly in the watch, but I have to meddle through the app to get that information.

Here, you can change the watch face, toggle notification options, launch the camera, set alarms, and tweak other settings of the watch. An additional slide to the right takes you to your profile. Here, you can view/edit your personal info that you’d previously entered. Similarly, you can also view/edit your goal for the number of steps to be taken on a day.

All in all, the Blitzwolf BW-HL1 is a banger of a smartwatch for its price. At just over $20, you can get a premium smartwatch experience. It has a decent weight to it as well and doesn’t feel like a cheap plastic toy, unlike the cheap Chinese knock-offs in the market. Battery life and brightness for outdoor usage are decent as well. The only complaints I have are the excess step counting and accidental touches, which should be fixed by a firmware update. Other than that, the BW-HL1 is an absolutely amazing value smartwatch and should be on the watchlist of every smartwatch enthusiast.