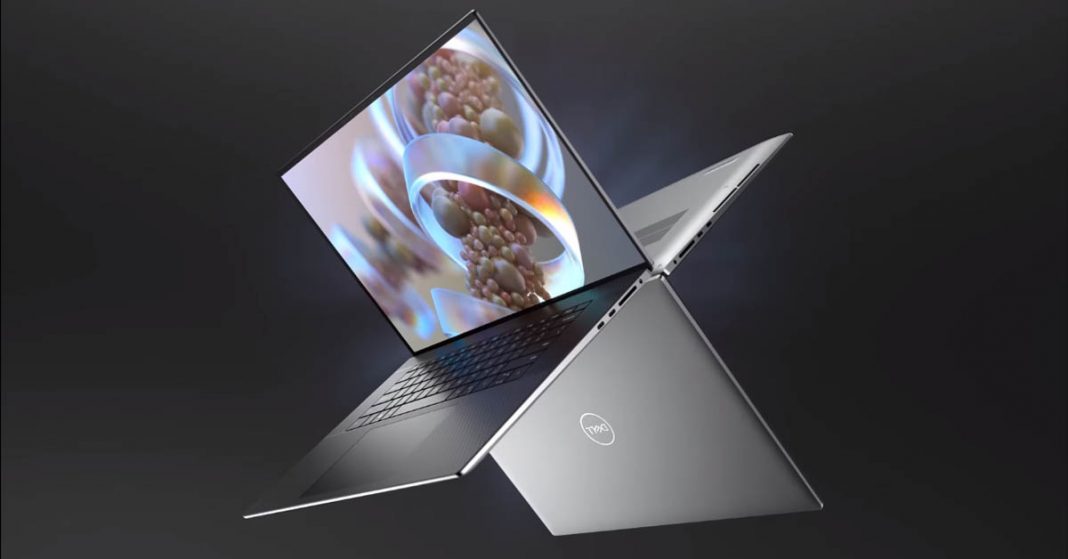 Quick, what’s the primary intent behind laptops juxtaposed to desktop computers? You’re right, portability. But if you were to look for one with a big screen real-estate and equally complementing hardware underneath, disappointments follow as they’re all but portable & lightweight in the most conventional sense of the word. The heft & bulk of the laptop itself paired with a sizeable power adapter and other accessories defeat the purpose altogether. In terms of screen size, modern laptops tap out at 17-inches; and that’s a niche group in itself. Well, the new Dell XPS 17 9700 is challenging the norm as it brings a big screen & powerful performance on a compact form factor. Let’s take a look at the specs, launch date, expected price in Nepal & more of the Dell XPS 17 9700.

Before you start making some false assumptions about the device, let me clear up something. While it is a pretty powerful laptop, it doesn’t compare to the performance from the most high-end & bulky alternatives. The main thing that it’s got going on for itself is its big 17-inch screen on a body akin to most 15-inch laptops.

Like its new 15-inch counterpart, the Dell XPS 17 is also made from a single block of aluminum. Actually, the company already had a 17-inch XPS back in the day; almost a decade ago. With the new XPS 17, Dell says it’s the “smallest 17-inch laptop on the planet”. Thanks to its 4-side InfinityEdge display, Dell has managed to cram in such a large screen on the laptop. In fact, the XPS 17 is “smaller than 48 percent of 15-inch laptops” according to Dell. Insane! More importantly, the XPS 17 only weighs between 2.11 and 2.51 kg depending upon the configuration. Because of this, it retains the sleek design XPS lineup of laptops are famous for; while also being the most powerful one of the bunch.

The next crucial breakthrough in XPS 17’s design is the thermal system. It includes a “vapor chambers” that covers the entire width of the laptop. Compared to the traditional heat pipes founding in cheaper laptops, vapor chambers have a very large (and usually flat) continuous area for a better thermal equilibrium (isothermalization) of the heat sink. Additionally, the XPS 17 has dual opposite outlet fans with big impeller & whirling blades. It can transfer much more air and thus get rid of the heat from the chassis more effectively.

Now let’s get to the main attraction of the Dell XPS 17 9700, which is the display. Before this, Apple’s MacBook Pro 16 had been able to establish itself as the go-to big-screen, powerful laptop. However, I’m sure the larger XPS 17 will be able to take the praise away from it now. Wait, I didn’t mean to imply that this is the only 17-inch laptop out there. As a matter of fact, Apple had a 17-inch MacBook Pro not so long ago and there are plenty of them from other manufacturers. But at the end of the day, none of them is as svelte and under a well-known lineup as the XPS 17.

Here, you can choose between two display options: a 17.3-inches InfinityEdge FHD+ (1920 x 1200) or 4K UHD+ (3840 x 2400) with touch support. Unfortunately, Dell has given up on OLED panel here, so no infinite contrast ratio & other goodies of OLED on the XPS 17. Yet, these IPS panels do come with 500 nits of peak brightness, 60Hz refresh rate, and what Dell calls “Eyesafe” feature on both models. Though the large screen and vapor chamber cooling make a strong case for the XPS 17, it shares similarities with the redesigned XPS 15 in other aspects; like performance. You can choose somewhere from 10th-gen Intel Core i5-10300H, all the way to i9-10885H. Ever since the announcement of the device, people have already started nagging on how they would’ve preferred AMD’s Ryzen 4000-series CPUs instead. Maybe next time. Still, the top-end octa-core i9 variant can go up to 5.3GHz! 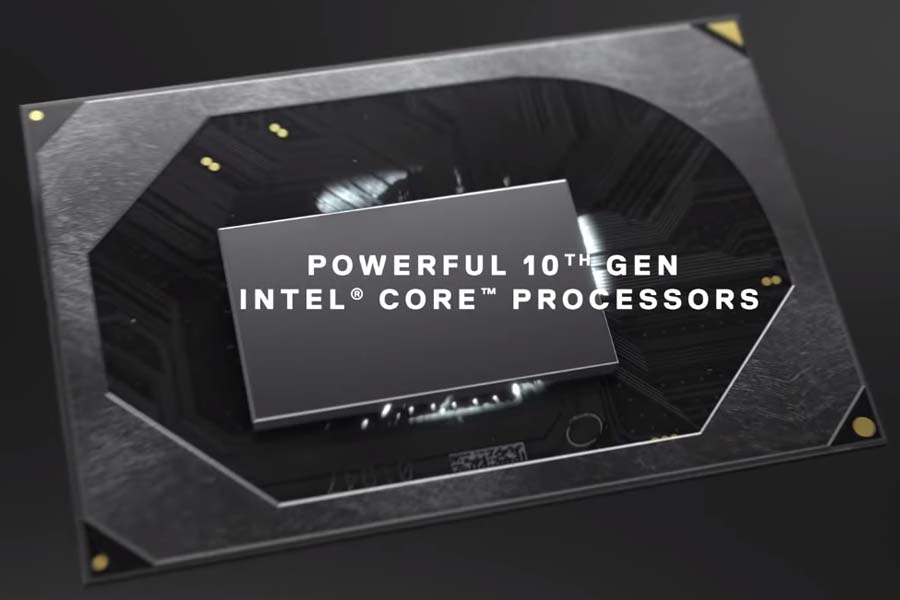 Finally, let’s talk about the graphics. Besides the integrated Intel UHD graphics itself, buyers can choose between a GTX or an RTX card; the first for XPS. Here, the NVIDIA GeForce GTX 1650 Ti variant comes with 4GB of GDDR6 VRAM while the RTX 2060 model has 6GB of GDDR6 VRAM. According to Donnie Oliphant (Senior Director, XPS Product Marketing), the company was able to pack an RTX card inside the XPS 17 only because of its new thermal design discussed earlier. As a result, the XPS 17 is capable of breezing through 4K video edits, or even triple-A gaming.

Moving on, there’s a slight upgrade on the keyboard as well (compared to previous XPS laptops). The edge-to-edge backlit keys themselves are about 10% larger and have a minimal 1.3mm key travel. More importantly, the palm-rest area is made from carbon fiber, giving you a comfortable feel while adding to the chassis’ strength. The trackpad is also a lot larger and supports Windows Precision Drivers as well. The sides of the keyboard also feature a powerful upward-facing quad-speaker design (1.5W x2 tweeters, 2.5W x2 woofers). More impressively, the Dell XPS 17 is also the first laptop featuring Waves Nx® 3D audio for speakers. It can track your head movement to deliver a varying quality of sound, based on your point of view. There’s also a 3.5mm headphone jack for wired audio.

Battery-wise, the FHD+ variant has a smaller 56Whr cell and Dell claims it can give up to 20 hours of battery life. Similarly, XPS 17 UHD+ comes with a much larger 97Whr battery though the company hasn’t specified its expected endurance. Let’s get into ports now.

Dell has gone entirely committed to USB-C on the XPS 17. Here, you get 4x USB Type-C Thunderbolt 3 ports (including power delivery), 1x full-size SD card reader, and 1x 3.5mm headphone jack. Not a single USB Type-A, nope. Still, the company is reconciling its lack by bundling a USB-C to USB-A v3.0 & HDMI v2.0 adapter with the purchase of the XPS 17.

Dell XPS 17 9700 will be available for order from summer 2020, where the price starts at $1,499.99 for the base variant. The exact launch date hasn’t been specified and Dell hasn’t revealed the pricing for other models either. We expect the Dell XPS 17 9700 to launch in Nepal with the starting price of NPR 2,20,000 later this year.

Check out our review of the ASUS ZenBook Pro Duo!