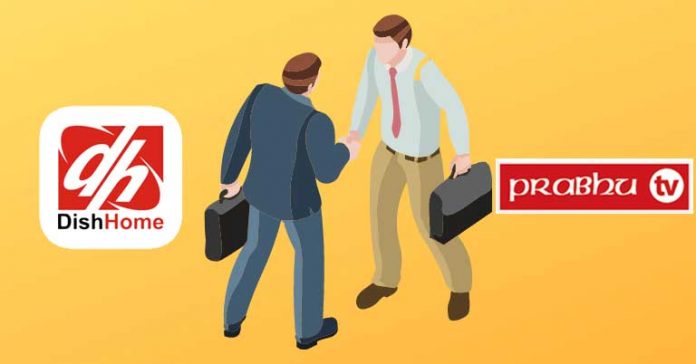 If things go as planned, two of the leading digital TV service providers of Nepal will soon be working under a single brand. Executives of Dish Home and Prabhu TV are in talks with each other over the possible merger of the two companies.

Dish Home is the first Direct-To-Home (DTH) TV service provider in the country. Similarly, Prabhu TV was the first to bring wireless terrestrial TV (DVB-T2) facility in Nepal. Both companies have expanded their service to include internet facilities as well. Dish Home is providing internet facilities to a limited region in the Kathmandu Valley under the Dish Home Fibernet name. Similarly, Prabhu TV has been offering internet service as well.

As per the report, the merger will allow the resulting company to provide TV and internet service under a single brand. Two companies share some common investors, promoters and thus the merger has been regarded as the way forward for the two companies.

TV service providers have been struggling to keep up with the major ISPs that bundle TV services with their internet plans. Similarly, people have also started to turn towards OTT platforms like Netflix which has affected their revenue over the years. Not to forget, TV operators have been complaining about the recently implemented Clean Feed policy too.

In such circumstances, it’s difficult for the companies to grow alone. That’s especially true for Prabhu TV which is relatively younger and has a narrower customer base than Dish Home. With the two companies going for a merger, there will be one less competitor in the market. The resulting company will have a wider customer base and more resources to compete against ISPs and other providers.

According to the sources, the talks of the merger have already advanced and now is in the final stage.