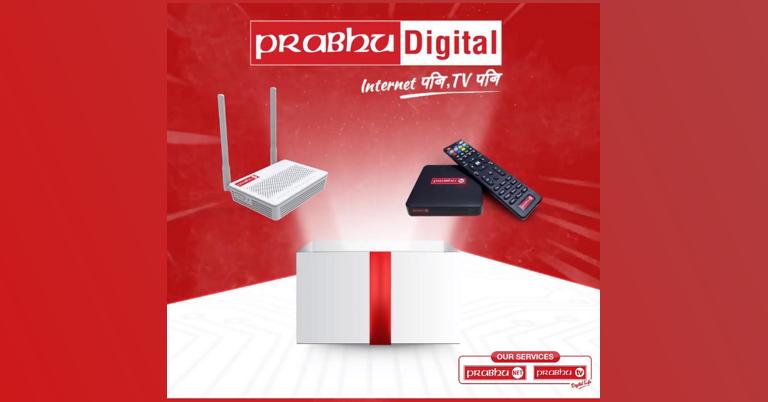 Many local companies seem to be jumping on the ISP bandwagon these days. Recently, we learned that Dish Home is going to provide internet service in Nepal. And now, a new player has entered the game. Prabhu TV will soon start its Prabhu Net services in limited areas. Moreover, the company will now be combining its existing TV subscription service and the new Prabhu Net into one cohesive foundation called “Prabhu Digital”. 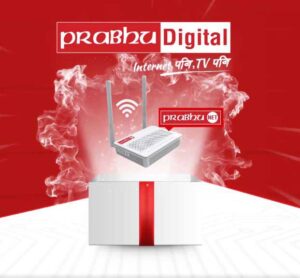 The Prabhu Group had been teasing a reveal of something big through its Facebook page for the past couple of days now. And the big reveal was made yesterday. As many had expected, their “biggest” surprise of the year was the launch of Prabhu Net. Their existing product, Prabhu TV was offering IPTV, OTT & DVB-T2 service in Nepal. It is also the first company in the country to bring the wireless terrestrial TV (DVB-T2) facility. However, they have now added a new service; and that is Prabhu Net.

Prabhu TV and Prabhu Net will fall under one umbrella – Prabhu Digital. Customers will now be able to subscribe to IPTV and internet from the same provider. However, nothing more about this new internet service has been revealed currently. They have only mentioned using the world’s latest optical fiber technology. We do not even know about the pricing yet. So, be sure to watch this space as we’ll be updating this article as soon as the company spills the beans regarding the packages, pricing, and availability details. The naming of the whole thing is something to ponder upon though. Its parent organization deals in finances and such and this segregation feels necessary for brand recognition at least.

Similarly, it feels like Prabhu Group will be adding more products to its list of digital services in the coming days. But weirdly enough, the existing “Prabhu Pay” digital wallet is separate from Prabhu Digital for now.

Prabhu TV is a well-known name in most parts of the country. It currently offers services in Kathmandu, Lalitpur, Bhaktapur, Pokhara, Chitwan, and many other places. Thus, it has a huge customer base. So, many of its current customers might want to try out this new service. Moreover, Prabhu TV’s quality is better than that of Worldlink and Vianet’s NetTV. With this, Prabhu Digital has an edge, if they can provide better internet service.