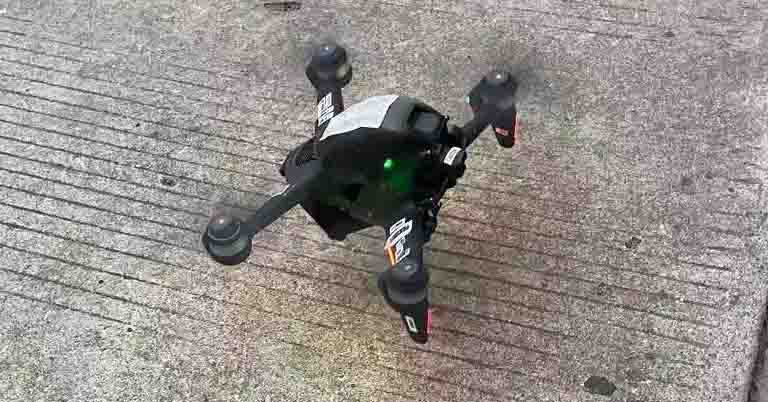 When it comes to drones, DJI is as good as it can get. This China-based company ranks among the world the top of the world when it comes to aerial photography system. DJI makes drones for general consumers, professionals, and even enterprises. A recent leak suggests that the company is steeping its foot on drone racing with its upcoming drone. In this post, we will take a look at all the rumors and leaks about the upcoming DJI FPV drone.

Talks of DJI launching a First Person View (FPV) racing drone is not new with initial rumors dating back to last year. The company did release an FPV kit last year too. However, there was no progress in the story until August, when a blurred picture of the alleged racing drone surfaced on the internet. And now, a Twitter handle by the name of OstilaLV has leaked the real-life image of the device along with its features. 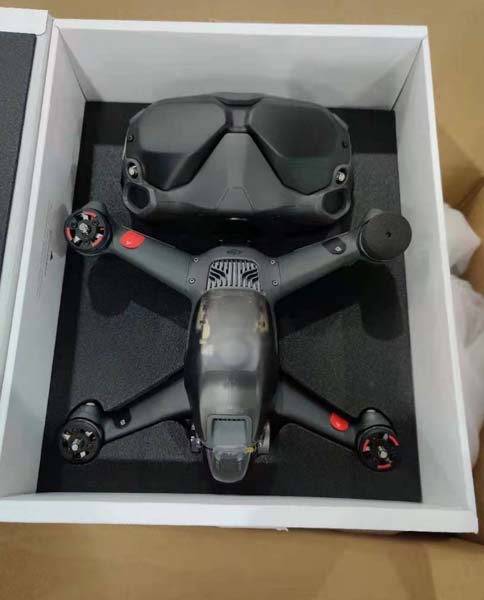 The picture shows the packaging of the racing drone with “DJI FPV Combo” written over it. The combo includes the FPV Drone, its controller, and FPV Goggles. 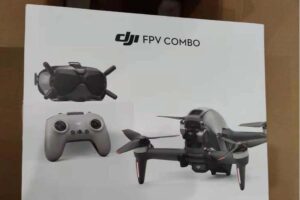 The drone looks different than anything from DJI, ever. It has a two-tone design with red patches on two of the four motors. The picture of the googles on the box shows four antennas placed at different angles. Likewise, the controller features two joysticks and two trigger buttons. Between the two triggers, there is an antenna that allows it to communicate with the drone.

According to the leak, the FPV drone will support up to three flight modes. It will be able to attain a maximum speed of up to 150kph. There will be an FPV camera built-in the drone. The user will be able to control the tilt angle using a remote. It will also be equipped with a GPS system for Return to Home (RTH) function. This feature in drones allows them to return to its home location safely if the users lose sight of their device. Talking about the video capability, the DJI FPV will be able to record up to 4K 60fps videos. The drone will have 5-inch props and a 6S battery. 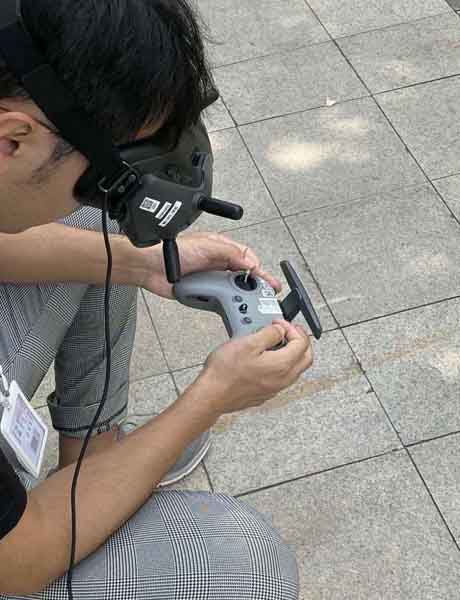 According to the source, the evaluation model of the DJI FPV Drone has been sent to select resellers. OstiaLV suggests that we might see the drone as early as next month.