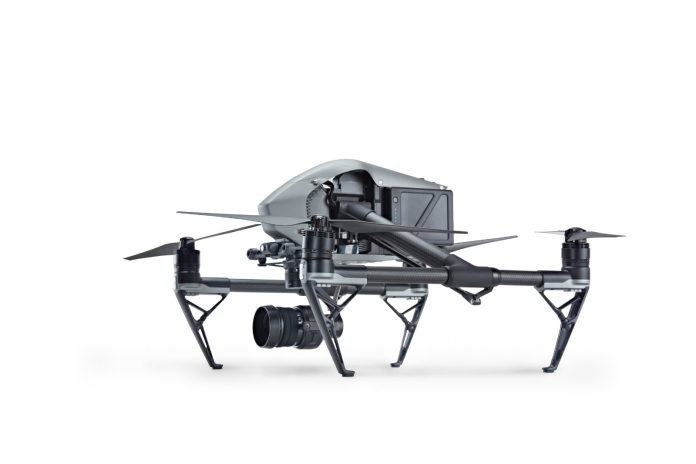 DJI, the highly recognized Chinese company in drone industry, has released a pro version drone of its Phantom 4 edition on November 15th. The company also released Inspire 2 which is its fourth new release in last two months. Looking at its pace of releasing products, DJI seems to be in competition with no other drone makers but itself.

DJI Phantom 4 pro isn’t a new revolutionary drone but an update to its predecessor Phantom 4 which came out just eight months ago. With that being said, Phantom 4 pro has a lot more to offer than any previously released Phantom units. As compared to Phantom 4, the Pro houses a better camera, more advanced (360 degrees)  obstacle avoidance, greater battery life, and additional intelligent flight modes. With its release, Phantom line has become stronger as compared to the new Mavic pro which is still the smallest, most portable and cheapest among the newly released drones from DJI.

Digging out the specs, DJI Phantom 4 pro has a better camera with the mechanical shutter that will supposedly avoid Jell-O-like shake in the footage caused from rolling shutter effect while filming quick pans or chasing fast moving subjects. It has a 1-inch CMOS sensor that shoots 20 megapixels still and can capture upto 11.6 stops of dynamic range. In burst mode, pictures can be taken at speed of 14 photos per second. The camera is capable of taking 4k videos at 60 frames per second. The drone supports micro SD cards upto 128GB that has to be of class 10 or UHS – 1 rating.

Unlike the DJI Phantom 4 and Mavic Pro which had obstacle avoidance system that worked only while moving forward, the Phantom 4 pro has sensors on all four sides, meaning the drone can sense and avoid obstacles while moving in any direction. 31mph is the new top speed while in obstacle avoidance mode which is a remarkable bump as compared to old 22mph. Keep that in mind, 31 mph is top speed in p-mode  and the drone can hit a max speed of 45 mph in sports mode.

With the new battery capacity of 5870 mAh, the battery life has got an upgrade too and the aircraft will give an approximate flight time of 30 Minutes. That is 20% of increment as compared to 25 minutes flight time of Phantom 4.

The remote controller has the control range of 4.3*miles transmitting HD output and intelligently switches between 2.4Ghz or 5.8 Ghz choosing the one with the lowest interference at the time of starting the drone . The controller can have an inbuilt display of 5.5-inch screen with a resolution of 1920*1080. The inbuilt display device has 4GB RAM and 16 GB ROM.The Phantom 4Pro costs $1,499 with the regular controller without the display. If you want to save your phone’s or tablet’s juice and opt for a controller with a built-in screen that will get you to pay for an additional pay of $300 making the total price of the unit to be $1,799.

You might want to read this: DJI Phantom Drones Price, Where to Buy, Rules, and Regulations in Nepal

Since DJI Phantom 4 has already made it to Nepali market and DJI Mavic is just on its way and the Phantom 4 pro is likely to come as well. If you were a serious drone hobbyist, would you buy the portable DJI Mavic pro or powerful DJI Phantom 4 pro?? Let us know in comments down below.