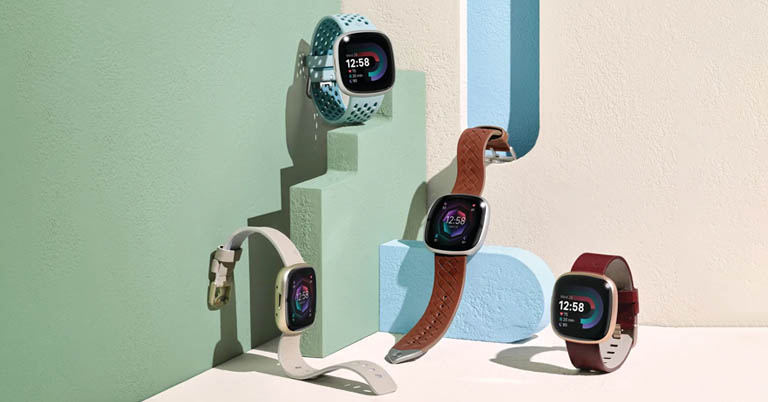 Almost two years after its launch, Fit Sense now has a successor of its own. The new Fitbit Sense 2 is a premium smartwatch with the company’s most advanced health and fitness tracking feature. In this article, we will discuss the key specs, features, expected price, and availability of the Fitbit Sense 2 in Nepal.

As with all the launches under the “fall lineup,” most of the changes on the Sense 2 are internal. So, the design of Sense 2 has remained the same as the original Sense. Fitbit does claim its latest premium fitness tracker is both 10% slimmer and 15% lighter than its predecessor.

Much of it comes from Fitbit’s decision to integrate the sensor directly onto the display rather than on the back. Fitbit has devised a unique technique that turns metal electrodes into vapor for the same. Moreover, Fitbit Sense 2 replaces the solid-state button with a mechanical one. The company has even raised it a little, so it’s easier to reach. Likewise, the strap attachment has also been raised for added comfort.

The main highlight of the Fitbit Sense 2 is the new continuous electrodermal activity (cEDA) sensor. The sensor detects stress by analyzing the electrical conductivity of the skin. A similar sensor was introduced with the original Sense, but with the Sense 2, Fitbit has added the option to continuously track the stress throughout the day.

Fit Sense 2 uses the data from the cEDA, along with other health metrics like heart rate, heart rate variability, and skin temperature to give users a better understanding of their stress levels, stress triggers, and ways to manage them. With its ECG sensor, Fitbit Sense 2 can also detect symptoms of atrial fibrillation, but its availability varies by region. Another feature that is region-restricted is the blood glucose tracking through the app. Furthermore, Fitbit Sense 2 can track your sleep automatically and assign you sleep scores and a sleep animal based on your sleep profile.

Fitbit Sense 2 even doubles the number of supported exercises to 40. It has a built-in GPS to track your movement precisely. Also, there is automatic exercise detection for select workout modes.

Interestingly, despite being owned by Google, none of the new Fitbit smartwatches (Sense 2 included) come with Wear OS. They still run on the Fitbit UI. That being said, the new Fitbit UI now comes with Tiles and an app drawer that clearly takes inspiration from the Wear OS.

Additionally, Fitbit has promised support for Google Maps and contact-less payment through Google Wallet. There is no mention of Google’s Voice Assistant, though Alexa is built-in. Coming to the battery, Fitbit Sense 2 boasts 6 days of endurance on regular usage. It even has support for fast charging. As per the company, you will get a day’s worth of battery with just 12 minutes of plugging in.

You can now pre-order Fitbit Sense 2 in the US via fitbit.com for USD 229.95. The watch also comes with 6 months of free Fitbit Premium subscription. We expect the price of Fitbit Sense 2 to be NPR 43,499  when it launches in Nepal.