Garmin recently unveiled its latest lineup of smartwatches which includes Instinct 2 and Instinct 2S. There are also solar variants of these smartwatches with the claimed “unlimited battery life”. So, let’s walk through the specs, features, availability, and expected price of the Garmin Instinct 2 series in Nepal.

Moreover, there are five different editions which include Standard, Camo, Tactical, Surf, and Dezl. You can pick the watch in 240 possible color combinations. 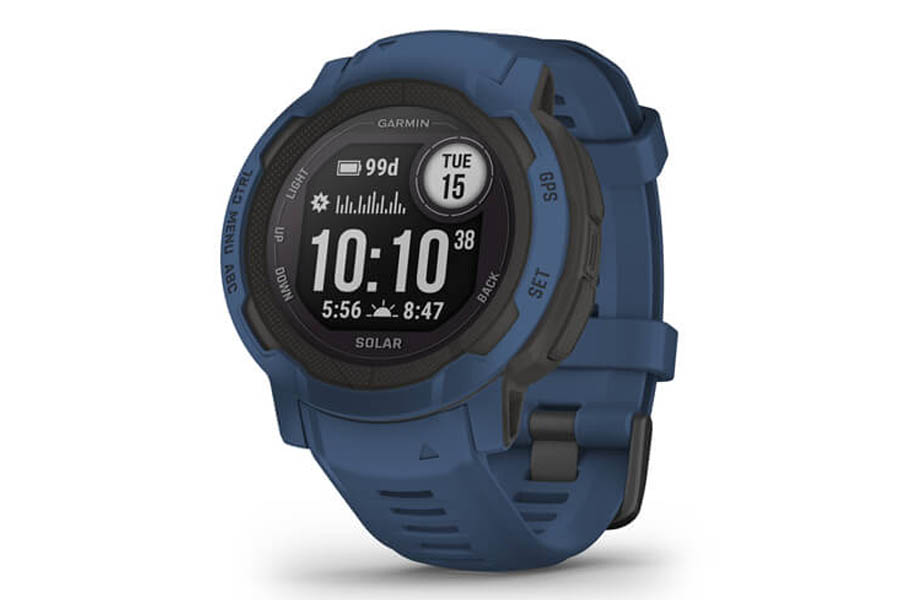 In terms of battery, Garmin is claiming unlimited battery life in its Instinct 2 Solar models. But, the statement comes with an asterisk. As is obvious, the solar-powered watch needs to be under the sun to gather energy. Garmin says the device needs to be outside in 50,000 lux conditions for an average of three hours a day for the “unlimited battery life”.

These smartwatches are compatible with the Garmin Connect IQ app, which allows you to download apps and widgets and customize the watch as per your need. As for the health and wellness features, it comes with a heart rate sensor, a blood oxygen monitor, and can track steps, sleep, and other activities. It is also capable of measuring VO2 max and HIIT workouts. The Instinct 2 series also have GPS sensors (GPS, GLONASS, and Galileo) along with an altimeter, barometer compass, and a thermometer. Furthermore, the watches use Bluetooth and ANT+ for connectivity which allows them to read and send data to and from other devices. Instinct 2 Solar models include Garmin Pay support as well

As for the pricing, the standard, non-solar edition of Garmin Instinct 2 and 2S retails at USD 349 whereas their solar variants have a price tag of USD 450. You can find the price of other editions on Garmin’s official site. We expect the price of the Garmin Instinct 2 Series to start at NPR 50,000, if and when it launches in Nepal.