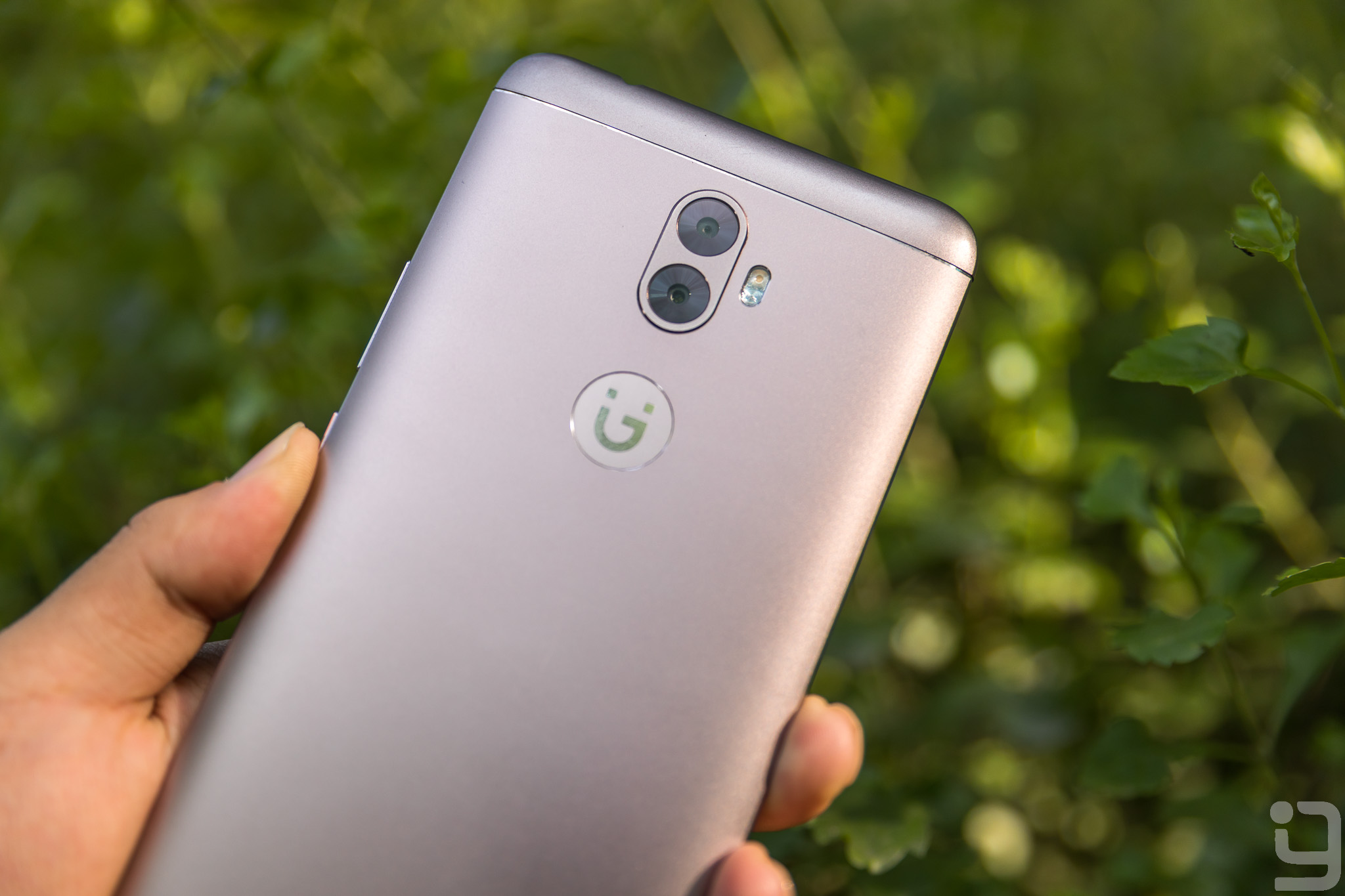 gWith ever evolving realm of smartphones, improvements on specs is a constant progression. Brands proclaim to have the best of a certain aspect, but, front camera and battery is something less heard of. Today we’ve got the new phone from Gionee, the Gionee A1 Plus which promises us both; a super selfie camera and a durable battery life. Let’s find out if the Gionee A1 Plus delivers what it has pledged.

SPECIFICATIONS OF GIONEE A1 PLUS: 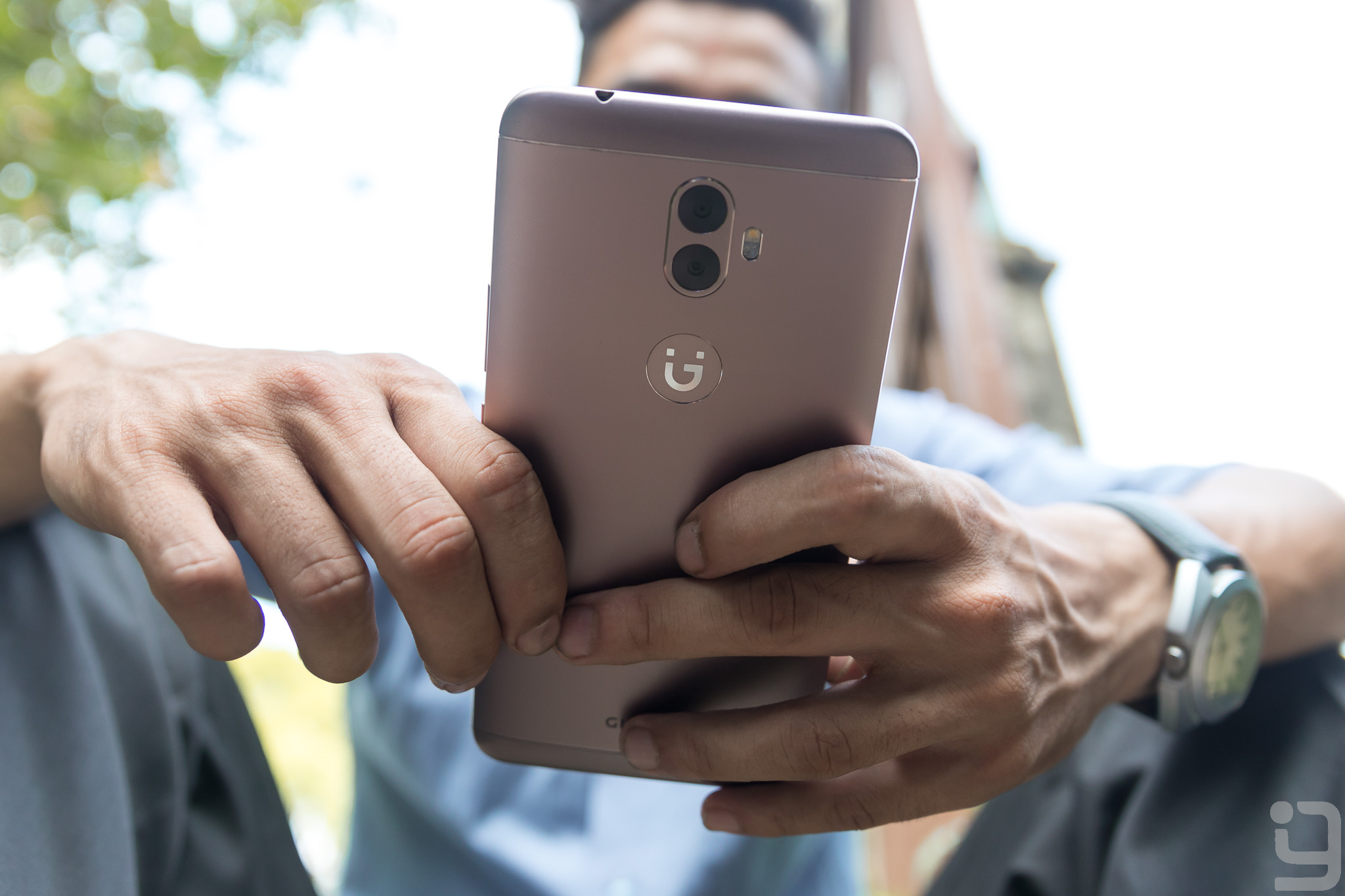 The Gionee A1 Plus comes with a metal clad body with a hefty weight of 226grams. It looks pleasantly beautiful despite the common industrial design aesthetics. With 6-inch of display, the phone has a huge footprint which has been contributed by its thick top and bottom bezels. The phone feels chunky on the hand and it is impossible for single-handed usage. I really wished the phone was a little less heavy and the bezels were small as this could have really helped in making the phone handier. 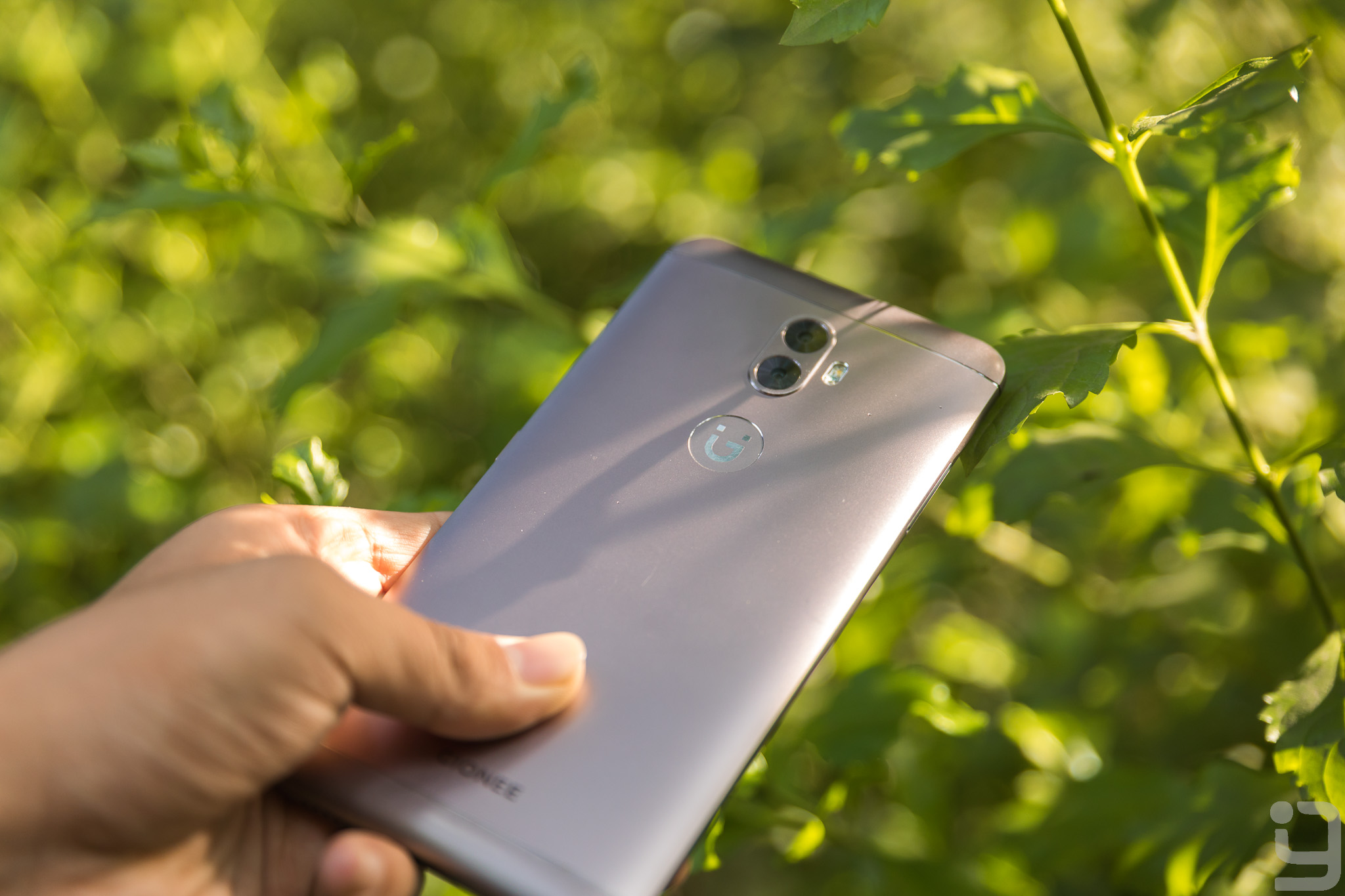 Gionee A1 Plus comes with a 6-inch Full HD display with 367ppi. The display is stunning with bright and vibrant colors. You have the option to change the color composition and set it to be Warm or Cool. Watching high-resolution content and gaming is a joy on this display. There’s no color shift even viewing the display from a different perspective. The display gets bright enough to comfortably use the device outdoors in direct sunlight. 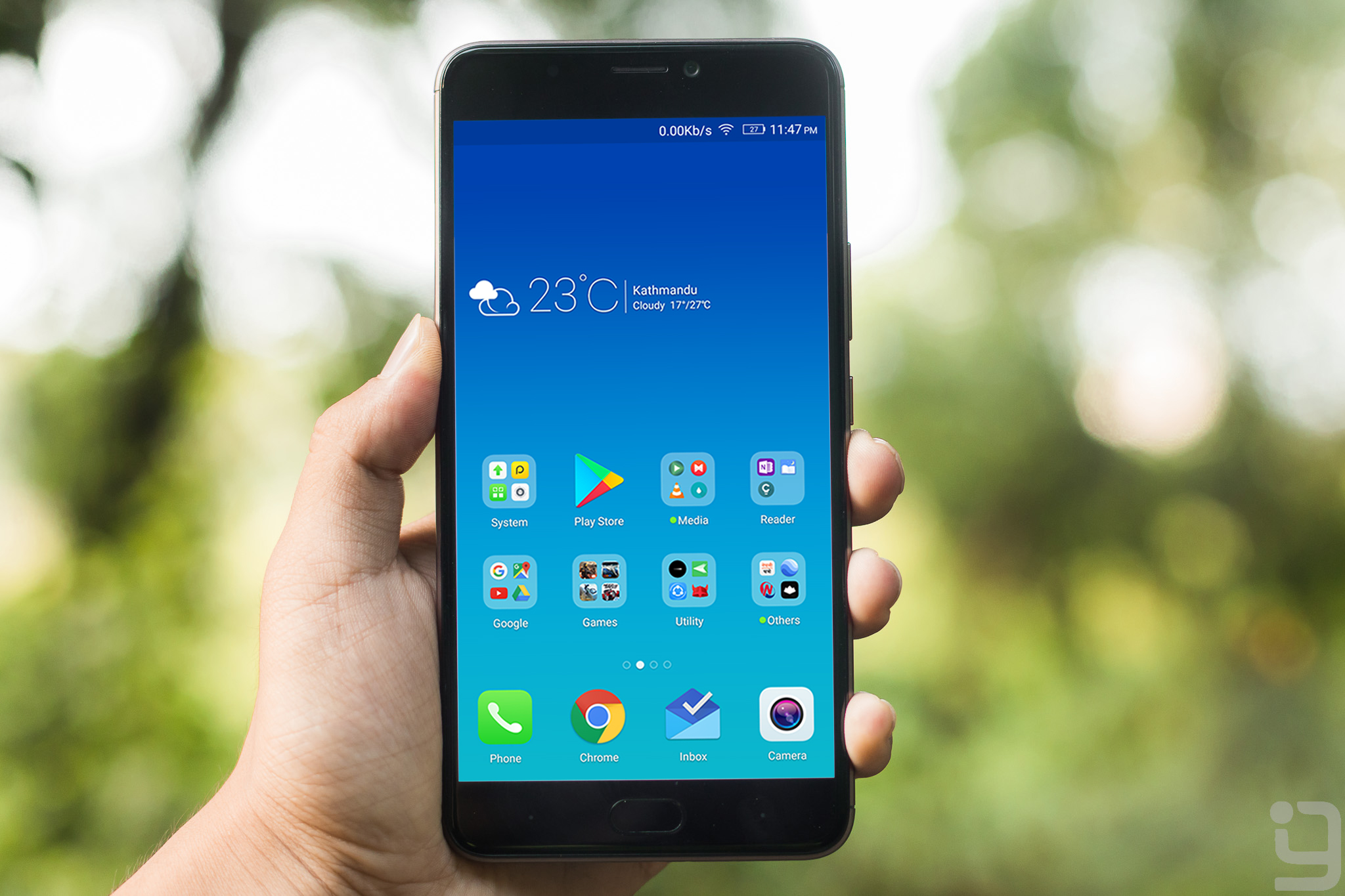 With a high price tag and all the other great specs, we expect the phone to come with a powerful chipset. But that’s not the story here! Powering the Gionee A1Plus is the MediaTek’s Octa-Core Helio P25 Processor, where 4 energy efficient cores are clocked at 1.4GHz and four performance cores are clocked at 2.5GHz. 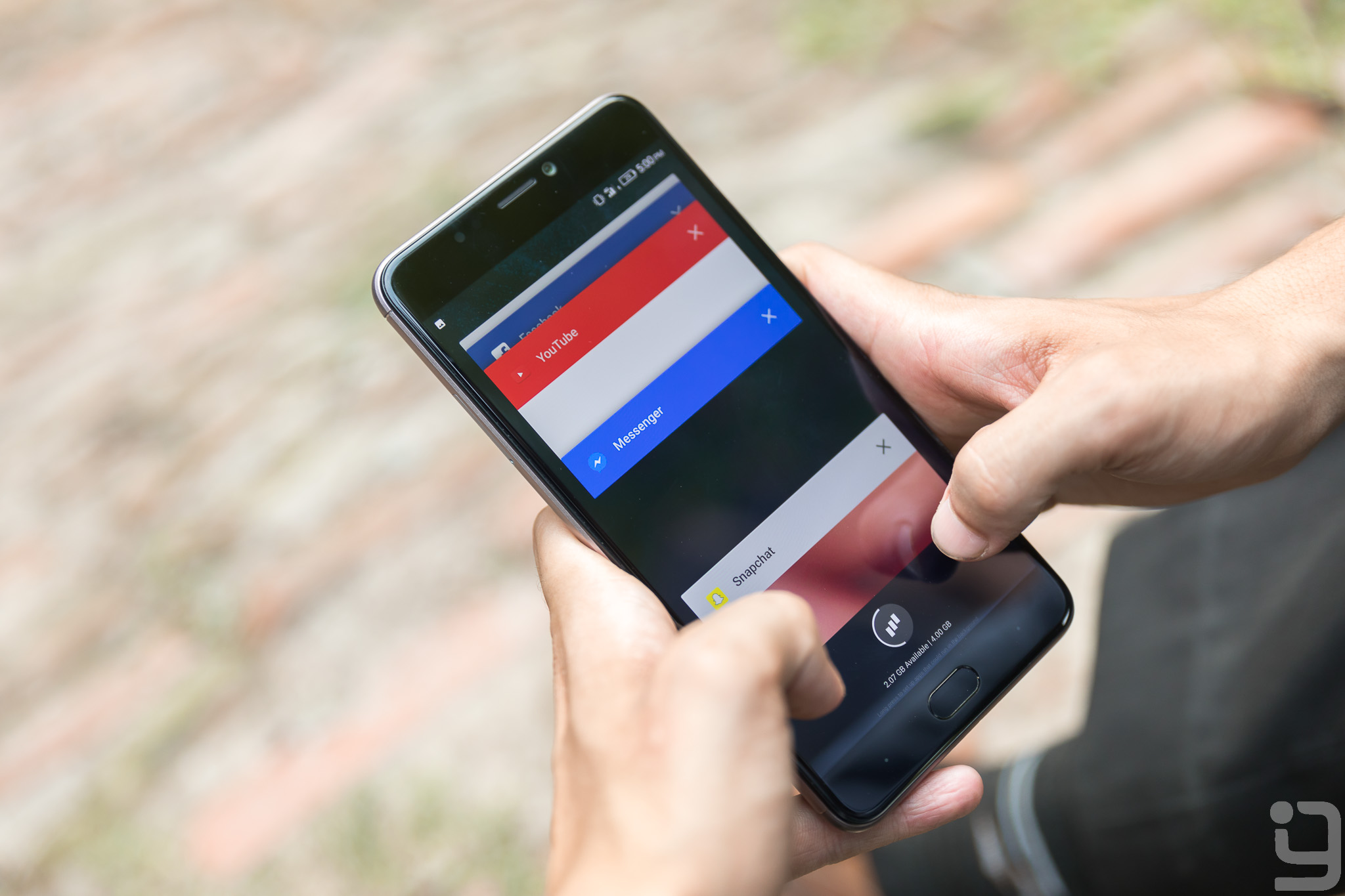 Considering its flagship status, opting for the Helio X20 would have been a better alternative. Even with that, for the daily usage, this phone won’t disappoint you as it crunches through everything you throw at it. The opening of apps are quick, playing high-end games with good frame rate is feasible and any task that requires high performance can be done. Although with its metal construct, playing high-end games for long hours didn’t result in noticeable heating.

The phone comes with 4GB of RAM. Gionee seems to have imposed strict memory management on this phone as most of the recent apps running in the background are killed quite early. Power Management seems to be at play as keeping running apps in the background consumes power. This action guarantees the Super Battery that Gionee promised with the phone. At most, you can switch to and fro between 2-4 apps with ease for a brief period.

Chinese UI are assuredly cluttered, most of them come with OEM’s own set of apps. Amigo UI based on Android 7.0 Nougat on the Gionee A1 Plus is no different in that prospect. It comes with its own Play Store(GStore), wallpaper app (Mood Wallpaper), calendar, notes and a whole load of Google Apps. I found most of them fairly useless so I froze them right away. And yeah, there’s an inbuilt option to freeze unwanted app! It also has no app drawer so starting with your first boot, your home screen is pretty much full of apps.

Also, the quick toggles from the bottom are hard to get used to. Often, I’d just scroll the content on my display when summoning the toggles panel swiping up. Swiping down from the top will give you the notification panel. Diving inside Settings, there are few notable features like:

And Chinese UI wouldn’t be complete without a System Manager app. The one in this phone lets you clean up the cache, scan for virus, and control networking. 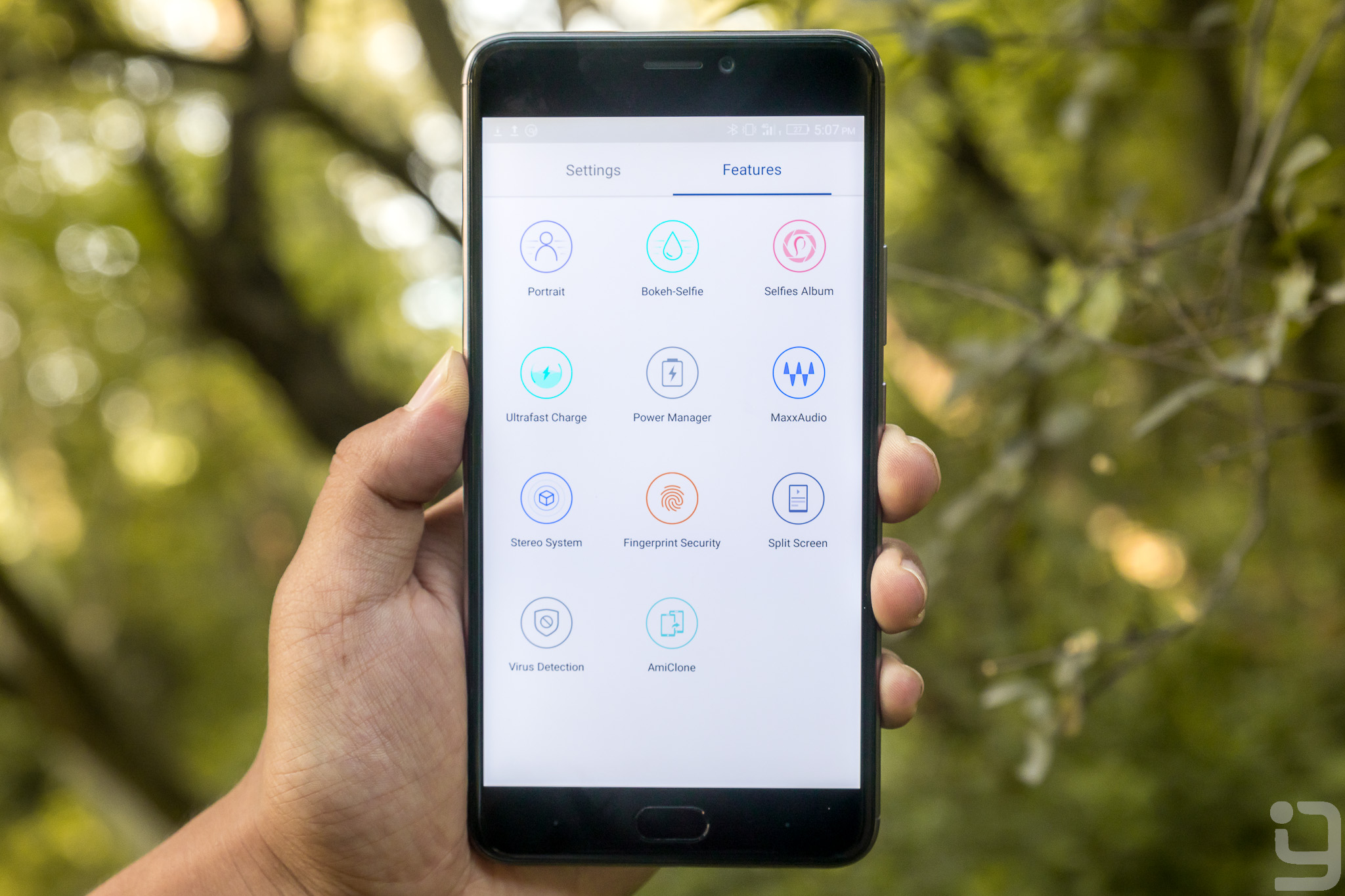 The fingerprint scanner on the Gionee A1Plus is blazingly fast. Compared with the OnePlus 3, it was a tad faster without exception. As the fingerprint sensor also acts as a home button, it has to be hard pressed instead of touch to function. I found it really troublesome and wished it was touch enabled instead of a hard press.

The phone houses capacitive navigation keys, where the centered home button acts as a fingerprint sensor. On its sides, back and recent buttons have a minimal dot indicator. These buttons can also be swapped. 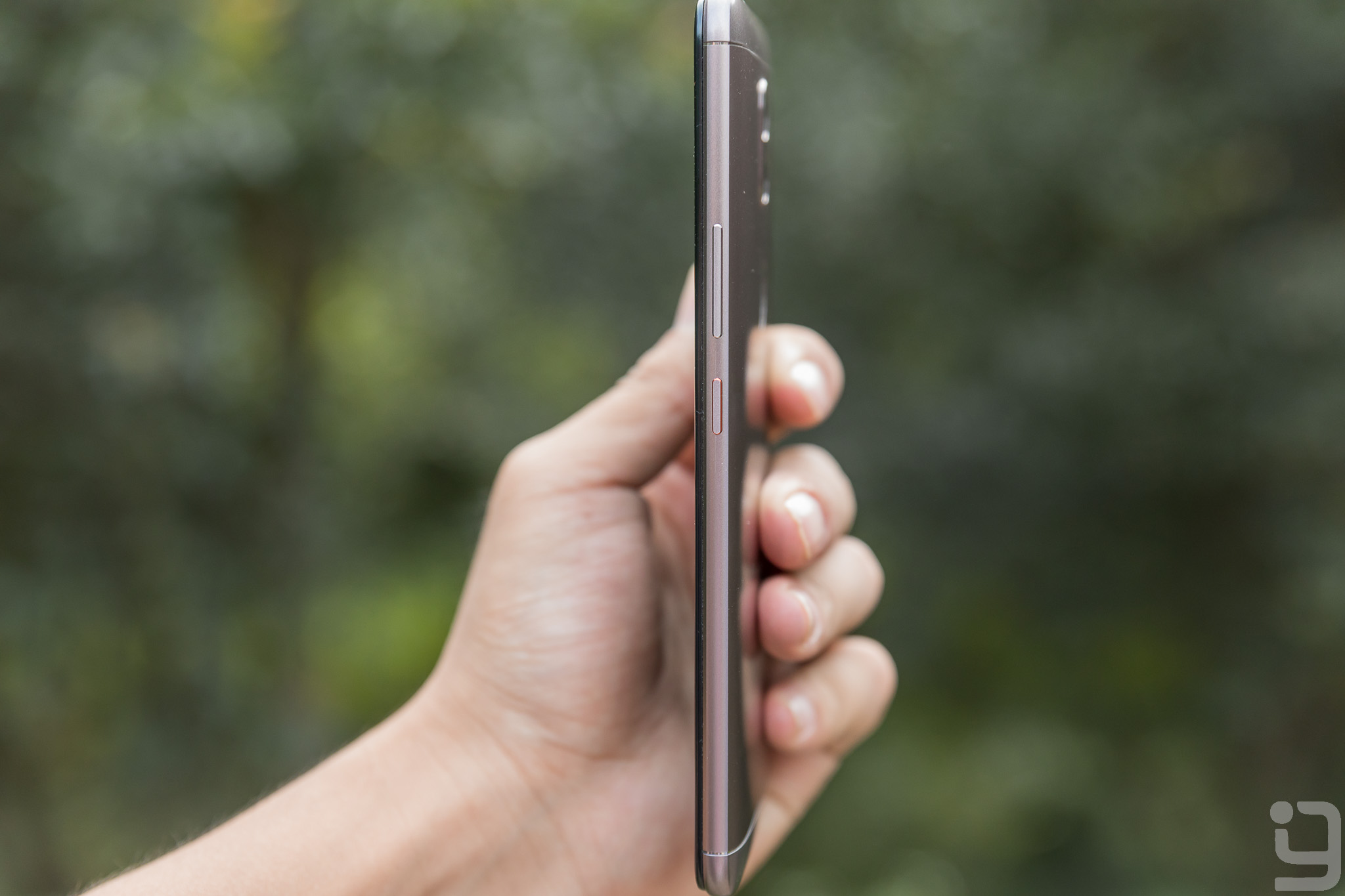 On the right side, it holds volume buttons and power button with tactile feedback. The power button has a distinct orange tint making it easier to turn on the phone on low light. On the bottom, it has micro USB port and speakers. Gionee A1 Plus comes with Maxx Audio enabled, so the audio experience with its speaker and earphone is good.

Gionee market their phones as the Super Selfie phone and they are among few OEM’s that put effort into bringing forth a plausible selfie camera. Gionee A1 Plus houses a massive 20MP Camera on the front, which sounds superior compared to its primary 13+5MP Camera which doesn’t even sum up to 20! But the quality of photos has more to do with aperture, the size of the sensor and many aspects than just the megapixel count. So, putting the front camera to test, I had great results with it. The images were bright and natural, they contained plenty of sharpness and details to make them worthy of social media uploads. 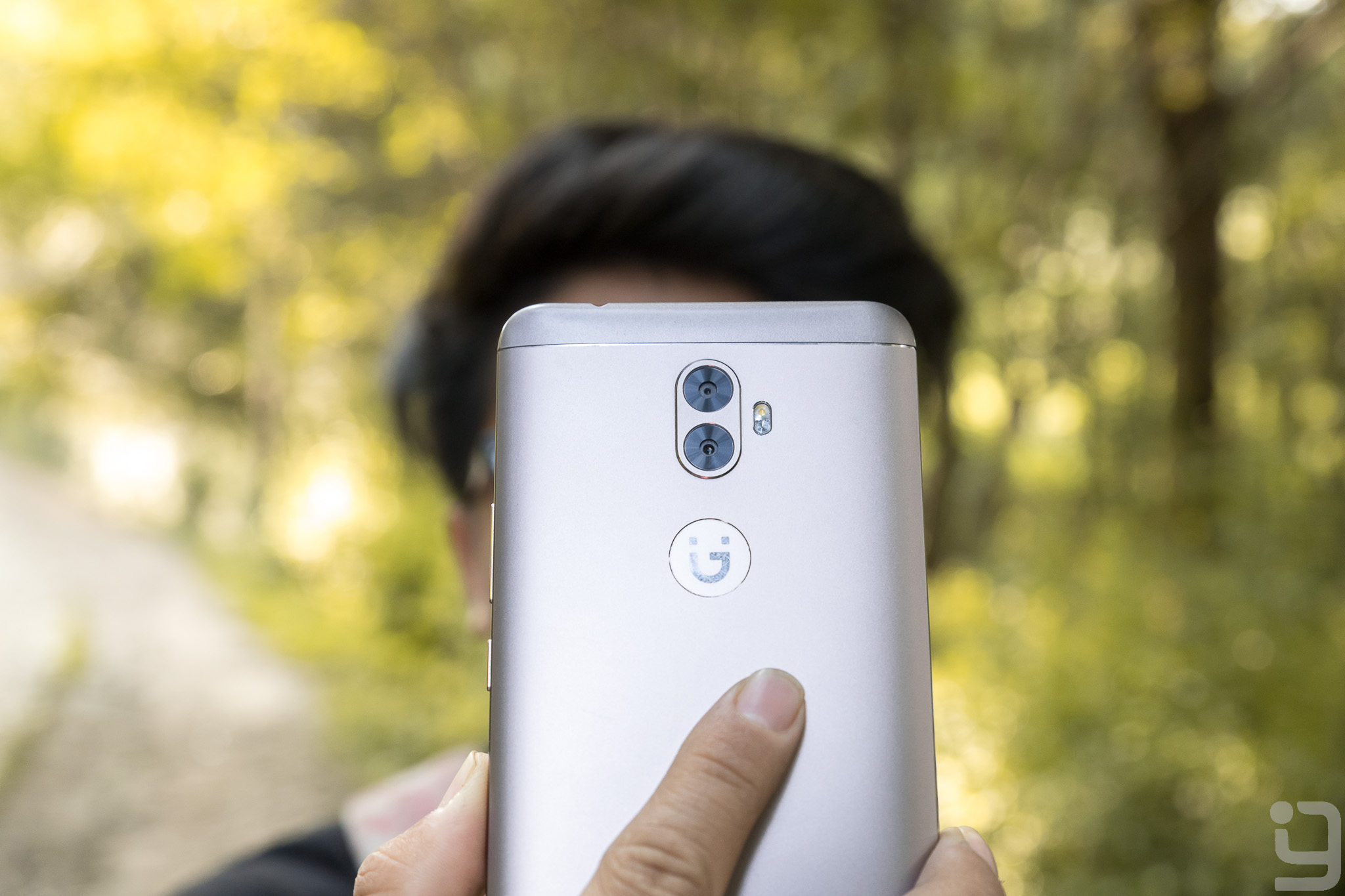 At low light, the images look decent but they contain few grains and dark spots which the front flash fixes to an appreciable amount. The camera also comes with face beauty mode which I found ridiculous. It’ll revamp your face making it look unnatural. But despite that, looking at the camera’s output, the Gionee A1 Plus is worthy of the tag Super Selfie.

Dual Camera is not a rare scene on smartphones anymore. They serve different purpose ranging from wide angle shots, digital zoom and bokeh effect. The Dual Primary Camera (13MP+5MP) on the Gionee A1 Plus assists in taking images with Bokeh effect. 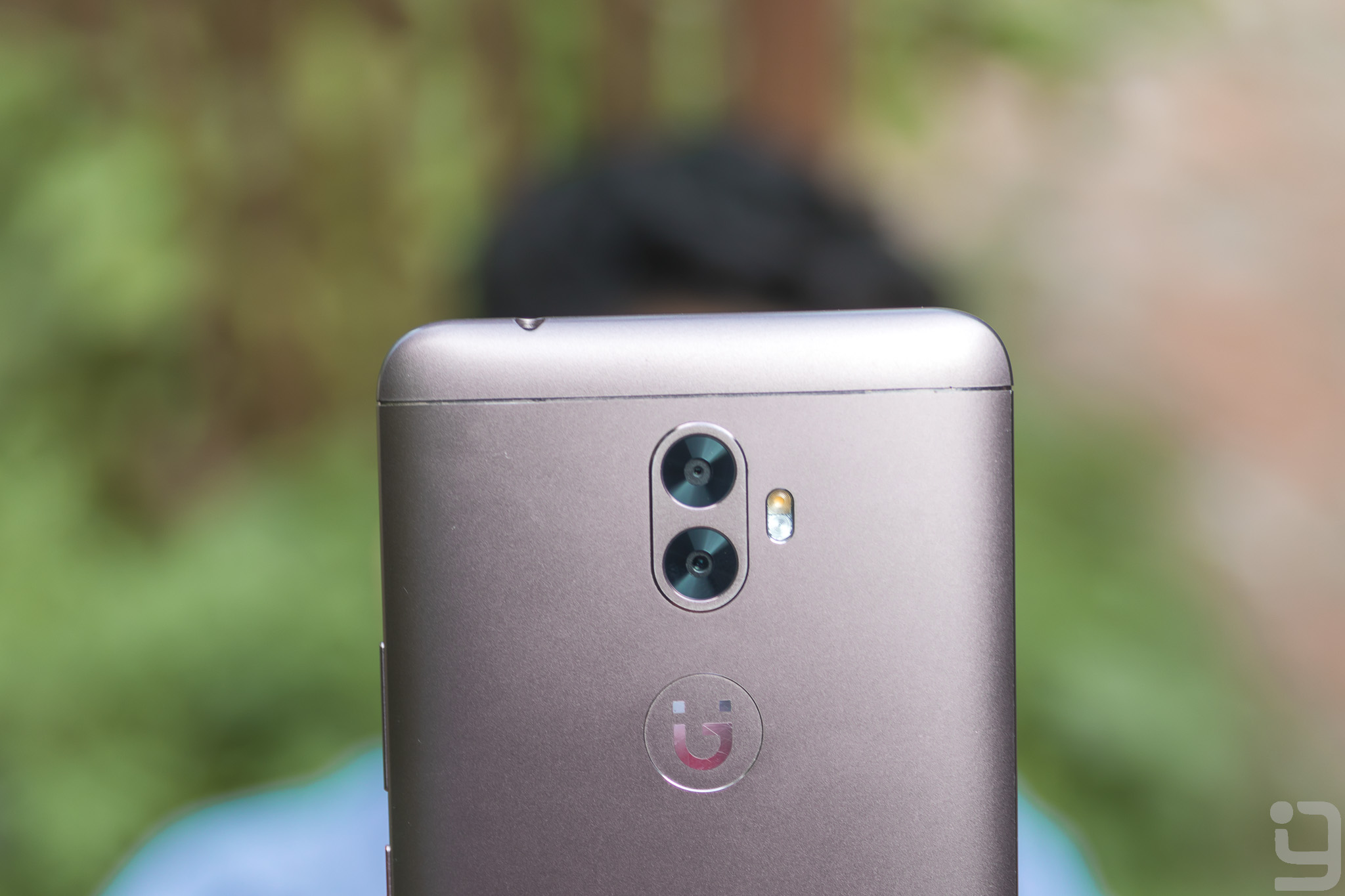 In general, photos have good dynamic range, colors are close to natural and the details are soft. The shutter speed is fast and the default setting gets you great results, so most of the time you can just pull out your phone, take the photo and walk away with a great result. Images at the low light are not that great with loads of grain and lack of sharpness.

For Bokeh photos, there’s portrait mode. You can adjust the aperture to maintain the level of depth on photos. The results were jumbled with the Portrait mode. With few photos, I had perfect bokeh on the subject where the subject’s outline was properly maintained and with others, the blur intruded the subject itself, going inside bounds. So, for the perfect photo, you might have to experiment with the portrait mode a few times.

The camera comes with a bunch of modes that will prove helpful. You have a dedicated professional mode which provides options to fine-tune shutter speed, White Balance, Exposure, and ISO. There’s also night mode, time-lapse, slow motion, GIF, card scanner and even translation. These features eliminate the need of third-party apps that provide similar functionality.

For Connectivity, Gionee A1 Plus comes with dual nano-SIM tray with support for 4G LTE. It has standard connectivity options like WiFi, Bluetooth 4.0, NFC  and has USB OTG support. The phone also has got IR Blaster which is accompanied by the Peel Remote app. Sensors-wise it has got a compass, Proximity, Accelerometer, Gyroscope, and Magnetometer. 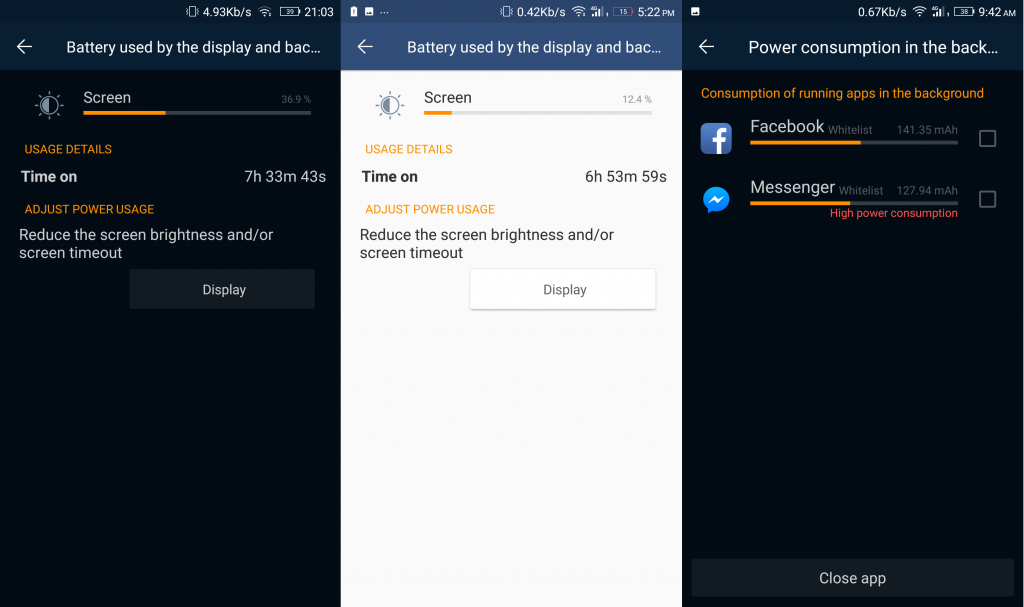 Coming down to the second feature highlight of the phone, the Gionee A1 Plus comes with a befitting 4,550mAh battery. As we’ve mentioned earlier, the phone has been heavily optimized in terms of memory management and equipped with different power saving options to provide the best battery life possible. With regular use, the battery can last for two whole days. If you are a power user with constant engagement on the phone then it will provide 6 to 7 hours of screen on time. The phone comes with an 18W charger which charges the phone from 0 to 100% in little under 2hours.

Before looking into any aspects of the Gionee A1 Plus, first, you have to consider its size. Large phones are not for everyone, they are clunky and hard to manage. If you are cool with this aspect then you can begin to weigh in its pros and cons.

Pros of Gionee A1 Plus:

With a huge display, consuming content is more fun and interactive. Watching movies, and playing games is an absolute joy with this phone. Also, a large display provides you with options to get more creative. Editing videos, creating music and multitasking becomes seamlessly easy on a big display.

With a bold tagline of Super Camera, Gionee has managed to deliver what it has promised. Both the rear and front camera are well capable of producing great results. For Selfie Lovers, this is the phone you can’t go wrong with! Also, the added functionality of the camera enables you to be more innovative with your photos.

Carrying a huge phone basically, means sacrificing a proportionate amount of battery to your display. Gionee has managed to provide optimal battery backup with economic backlighting on its display, strict memory management and battery saving options. You can fully charge the device and forget about the battery for two whole days. Despite the durability of battery, the best part is how fast it gets juiced up. Even with heavy usage if you manage to drain your battery, you can fully back it up within 2 hours.

The phone also comes with Maxx Audio enabled making the audio experience much better via both loudspeaker and earphones.

Cons of Gionee A1 Plus:

For what it’s priced at, a high-end chipset would have been more sensible. It’s not that the phone is slow or anything but a more powerful SoC would have been more pragmatic. With a similar price tag, the OnePlus 3 provides the higher end Snapdragon 820. Even opting for a MediaTek’s Helio X20 would have made it just that better.

The size of the phone is a personal preference and this might not be a con for everybody. But size plays a vital role as you’ll be using the device on daily basis. Usually, a handy and more manageable phone is better preferred.

With a large footprint, the phone is seemingly heavy.  Samsung’s C9 Pro with similar size and configuration is almost 40grams lighter than the Gionee A1 Plus. Along with size, the weight of the phone also determines the ease of use on daily basis.

So, to sum it up, different smartphone excels at different aspects. The Gionee A1 Plus delivers what it has promised for, an awesome camera and durable battery backup. But you’re getting more than just that, it has an amazing display, swift fingerprint sensor, and a premium build. For those who love big displays, admire taking lots of photos and want a solid battery life, then the Gionee A1 Plus would be a great pick. But if you want something portable which would deliberately have better performance then you might have to look at other alternatives.

Here are few alternatives of the Gionee A1 Plus: 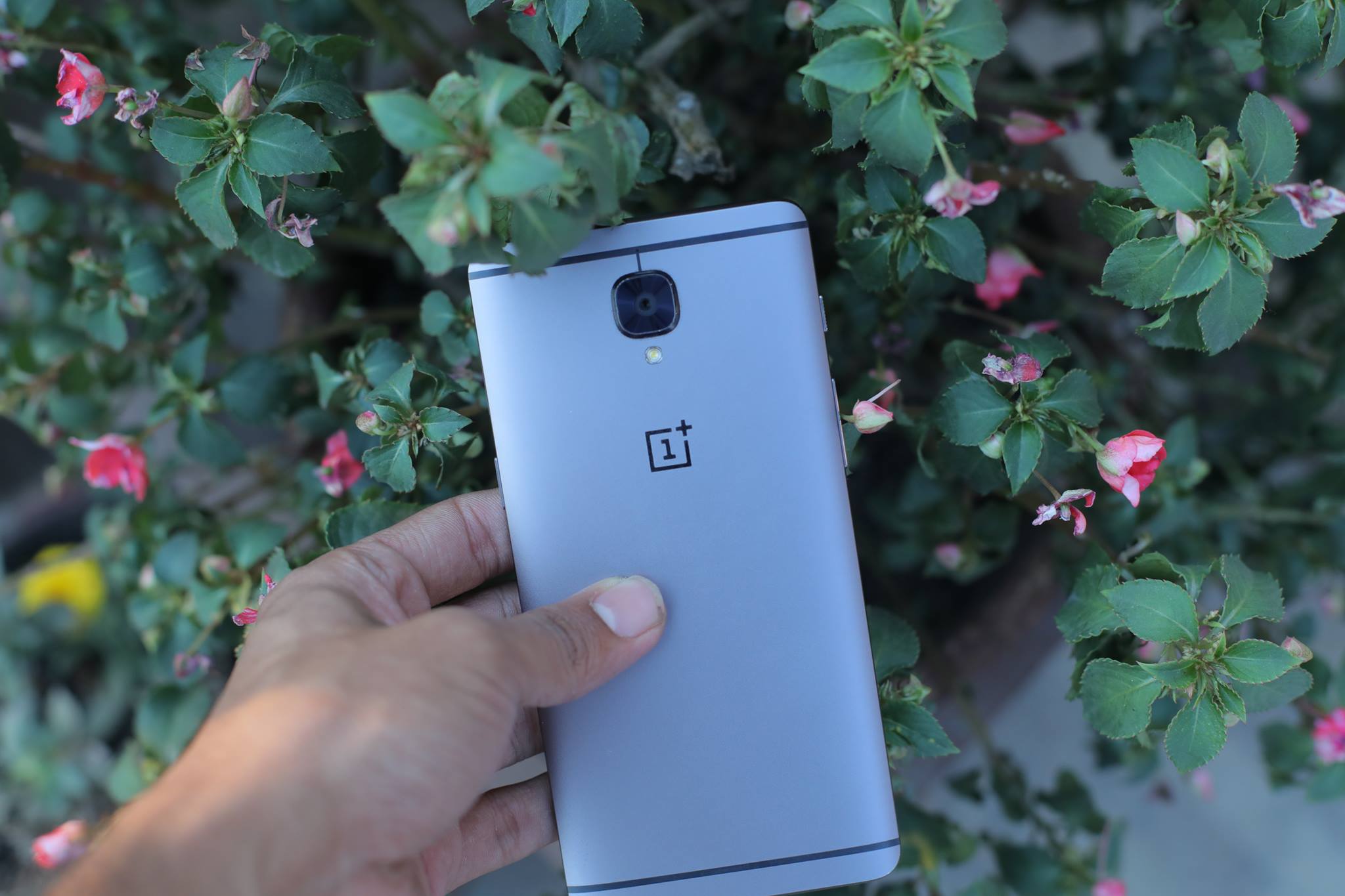