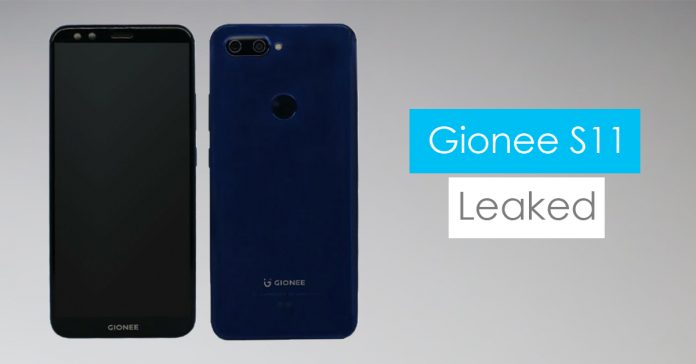 The Chinese smartphone giant has been winning hearts all over the globe with its products. With the tagline: “Super Selfie, Super Battery”, the company has won hearts of many in the country and at present, this is the third most selling smartphone brand here. While the release of Gionee M7 Power in Nepal has been confirmed sometime this November, a new news has surfaced on the Internet.

The leaked images show that Gionee is also working on minimizing the bezels as much as possible, just like other smartphone giants. The recent leaks show that this new release will feature dual camera settings both at the front and at the back. The front panel is basically just the screen with slight bezels on top for the cameras and the speaker along with the Gionee logo at the bottom. Moreover, the leaked images revealed that the phone will have minimum bezels on the sides. Along with the details about the front panel of the phone, the leaked images also show that vivid color variants are available for the back cover, such as Blue, Gold, and Pink.

We will certainly keep you posted on more once that there are more news and updates. So stay tuned to our website, YouTube channel and Facebook page! And we have recently organized two giveaways: Huawei Nova 2i giveaway and Xiaomi speaker giveaway. We request you to participate in the giveaways too.