Home Apps Goatventure Game Review: Join a goat on its adventure to freedom 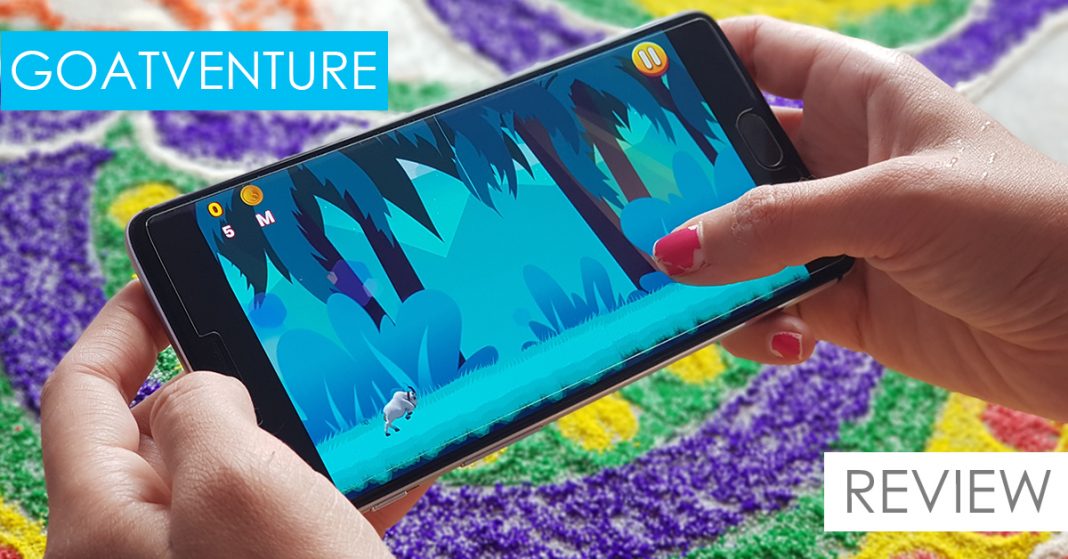 With the vision to create games based in the context of Nepal and take them further to a global scale, Sroth Code Games (SCG) has been doing its part for the past year or so. Initiated as a winter-camp programme, Sroth Code basically was just a team of 4 individuals who came together. Inspired by Nepali art, culture and Hindu mythology, the developers have come up with mobile games like Haku Run, Tap Tap Turn, Tile Swap and their latest offering is Goatventure.

The protagonist of the game is a goat who runs past obstacles at times clearing them off the road and at times jumping over them. The controls of the game are also quite simple: you just need to tap to make the goat jump over or hit obstacles, while long presses allow you to make the goat high jump. Also, there are upgrades and special gifts available in the game that allow you to add special powers to the goat. Basically speaking, the game is all about making sure that the goat does not get caught by goons and that it does not hit any obstacles. As you run, you also need to collect through the course of the game which will allow you to extend and unlock various enchanting powers. Speaking of enchanting powers, there are magical power-ups available in the game, that either give you boosters and jetpacks or that evolve you into “SuperKhasi”, “BlackMetal Khasi” and other mystical beings.

Currently available only on Android, the game is free and has a similar concept of the developers’ earlier release: Haku Run, where the protagonist also had to run and collect coins.

Honestly speaking, I did play the game more than a couple of times but all the while I felt like I was running in search of what I would enjoy in the game. Seeing the upgrades to the goat was a fun experience for me. And, as there were no indicators of when the upgrades would expire, I did lose more than a few games. There are also a few glitches and errors in the game, for instance: I had to download the game a few times to make it run, the music button does not function among others.

Being a vegetarian myself, I, however, did enjoy the idea of how a goat got the opportunity to hit humans and escape for life(No offense).

Give this game a try if not more and do let us know how you feel about it in the comments below!