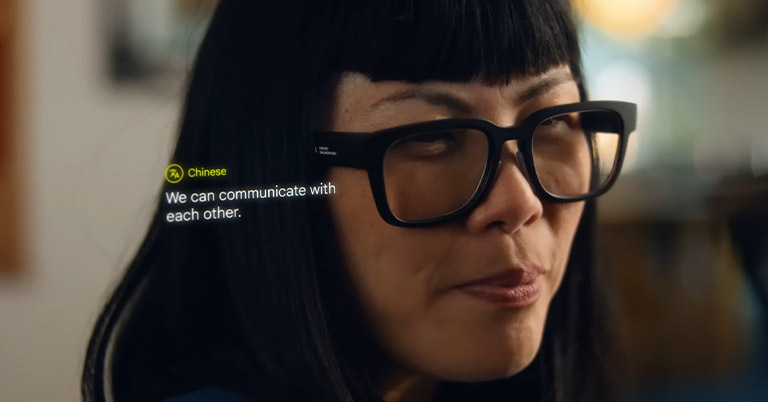 Sundar Pichai, CEO of Google, teased the company’s next-generation AR Smart Glasses at this year’s Google I/O event. The video shown at the developer summit featured smart AR glasses that could show the wearer translated speech in real-time. However, these glasses are currently only early prototypes.

Because the demo video shown at the summit stated that it was a “simulated point of view,” we can expect the final product and interface to be quite different. Nonetheless, the concept is intriguing.

Google demonstrated how their augmented reality smart glasses can translate Mandarin and Spanish to English and vice versa. Furthermore, they dived into how transcribed text can assist deaf or partially deaf people in communicating more easily. Google introduced its first smart glasses almost a decade ago. However, these glasses failed to take off due to their alien design and privacy concerns. Also, the high price did not help too. This time around, it seems like Google has learned as their new AR glasses look just like a normal pair.

Google also discussed the expansion of their new multi-search feature, which now includes “Multisearch Near Me,” at the event. The feature is expected to be available later this year and will allow users to search images with the text “near me” to see if the items in the image are available nearby. Google also intends to incorporate this feature into AR glasses, as it will be able to search across objects in a scene based on what the wearer is currently looking at.

Because the smart AR glasses displayed at the event were prototypes, it is unknown when or if these Google smart AR glasses will be available for purchase. However, we expect to see this tech soon and make language no longer a barrier to communication.