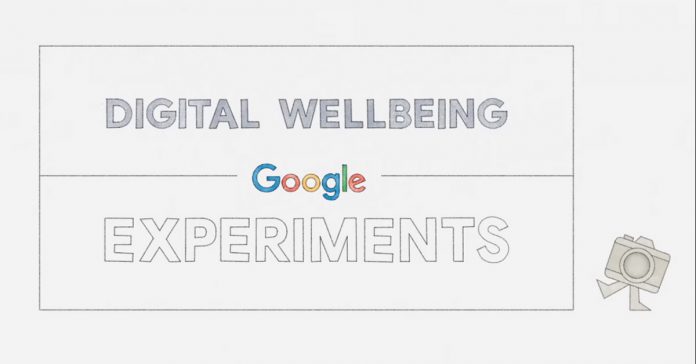 Ding!
What’s that? Ah, I can save up to 50% on select items on Daraz? But I don’t need anything from the bundle!

Ding!
Hm? Wait, what? I don’t care if my friends posted a Facebook story!

Ding!
What now? Are you kidding me? No, I’m not interested in joining r/funny, Reddit. Lay off me!

Technology has made our lives simpler and easier, there’s no argument there. With the simplicity it brings to the table, comes unnecessary interferences too. Though Android has come a long way to managing our phones to prevent it from a flush of annoying notifications, let’s admit it, we’re pretty much hooked on to our phone for hours on a daily basis. Google thinks and rightly so, that such a habit is ruining people’s personal life. To counter this, it introduced the “Digital Wellbeing” feature alongside the launch of Android 9.0 (Pie) back in 2018.

It’s an initiative by Google to help users track their smartphone usage and hopefully achieve personal wellbeing goals. Additionally, the company is also putting its foot down by mandating all Android phone manufacturers to include the Digital Wellbeing app on their devices. Now, Google is doubling down on this initiative as it launched 5 new apps under “Digital Experiments” banner to shield you from unnecessary distractions and keep you reasonably distanced from your phone.

The original Digital Wellbeing was embedded into the Settings menu and it included functionalities like:

I’ve been using Digital Wellbeing from the day it came out and I admit that it has helped me from getting distracted to a certain extent. However, it seems that not many people are making use of the feature as Google would like. Thus, the company has launched 5 dedicated apps with a similar premise of Digital Wellbeing.

Do you frequently unlock your phone, be it to check the time, use a certain app, or to avoid awkward situations like me? Well, Google has an app against that. “Unlock Clock” is a live wallpaper app that updates your phone’s home screen with the number of times you’ve unlocked your phone during the day. Though Digital Wellbeing could already show the same data, this is an in-your-face approach to remind you how often and possibly unreasonably you take your phone out of the pocket.

You’re greeted with the unlock number on a giant font on a pale gray background. Google could’ve gone with a subtler approach about displaying the count, but this could be much more effective I think. A large number blaring at you, showcasing your dependence on the machine could very well be the formula to get people to stop using their phones at all times.

I’ve already discussed how annoying and inconsequential notifications on your phones can get. Well, Post Box looks to face that problem head-on. Basically, it is a notification scheduler app that bundles-up all your phone’s notifications and shows it to you on the set time.

As you can see, it’s a simple app that groups all your notifications. The UI is pretty minimal (which is the point of all these apps) to my liking. It prevents your phone from buzzing time & again and allows you to stay vigilant and active in your life rather than have you check up on your phone periodically.

Smartphones have also degraded the quality of group gatherings. People are glued to the screen of their phones rather than engage in conversations with others. Wow, that may be the most boomer sentence ever! We Flip is Google’s attempt to minimize the use of phones when you’re in company. It connects all the phones in the group and turns on the “Do Not Disturb” mode in all of them. When anyone unlocks his/her phone, the session ends for everyone.

However, it seems that the app isn’t fully polished since I received a “Connection Error” message when trying to pair with other phones.

Another app on the list is titled “Desert Island”. As the name implies, the app deserts absolute connection to your phone, by limiting your access to a handful of apps from the entire library of them. Here, you get to select 7 of them to use during the day. After selecting the desired apps, your previous launcher is changed to Desert Island, which has a minimal UI with the list of selected apps.

This is a tough one, I know. How do you limit yourself to only 7 apps when you’ve spoiled yourself by installing 100s of them on your phone? In case of an emergency, you can use other apps by clicking on the tree icon on the top right. But give it a go and see how long you can last being jailed on your own device.

By looking at the name, what do you think this one does? Shapeshift like Mystique from X-Men into other apps? Not quite. Rather, it lets you assign various modes/premises your phone will be in and morph your phone accordingly.

Here, I’ve added two modes. I’ve assigned time and day schedule to both of them and selected some apps which I’ll be using during that time. Morph seamlessly transitions your phone from one state to another depending upon the time of the day. Similar to Desert Island, Morph is a launcher app that gives you just the right apps, at just the right time.