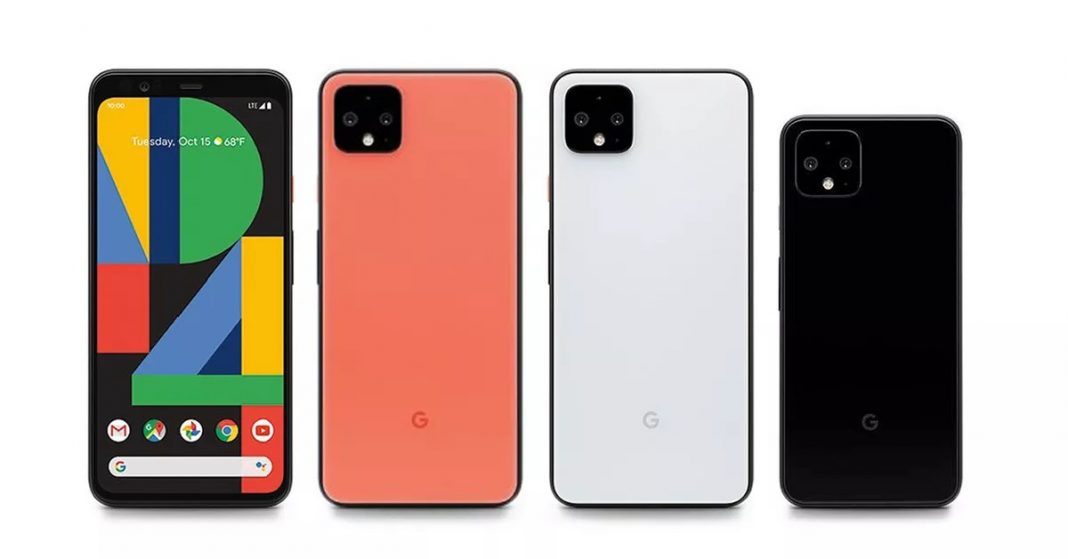 At MadeByGoogle 2019 event, Google showcased its new Pixel 4 and 4XL smartphones. These smartphones seriously have some amazing features. There are also some features, which are downright disappointing. Because of such quirks, Pixel 4 devices are not for everyone. Let me explain why.

Talking about the design, Pixel 4 comes with a somewhat retro feel. The huge bezels take us all back to 2017. But frankly, it looks better than last year’s bathtub style notch. But Google hasn’t just switched back to the bezels from notch to give a retro feel. It has incorporated quite a lot of hardware on the forehead to justify the bezels on the top. 3D Face Unlock, Soli RADAR Technology, Front camera, and Audio Port are a few of the many. But I will get into that later. 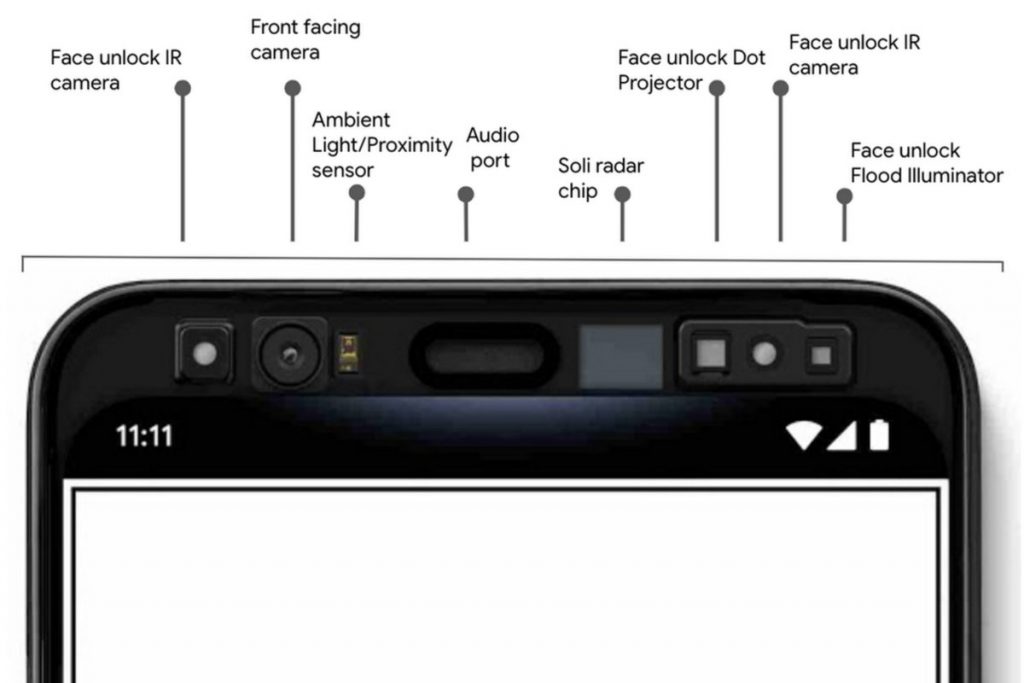 Continuing with the design, the phone features a matt black metal frame with the accented power button. In the past, Google was stuck with the dual-tone glass back. But this time, there is a single color unibody glass back with a square camera island and the Google branding near the bottom. And honestly, I really liked this minimalist approach.

The Matt finish on the Orange and White variants looks quite compelling. But surprisingly, the Black variant comes with a glossy finish.

Just like last year, Pixel 4 and 4XL come with a 5.7 and 6.3-inch display respectively. They also respectively have a Full-HD and quad-HD panel just like last year’s models. But what’s different here is removable of notch and inclusion of 90Hz panel. With a 90Hz screen, you can get much smoother scrolling, video playback, and UI animations. The display is also said to be 10% brighter and slightly more accurate than the Pixel 3XL. So you get a fair bit of upgrade here. 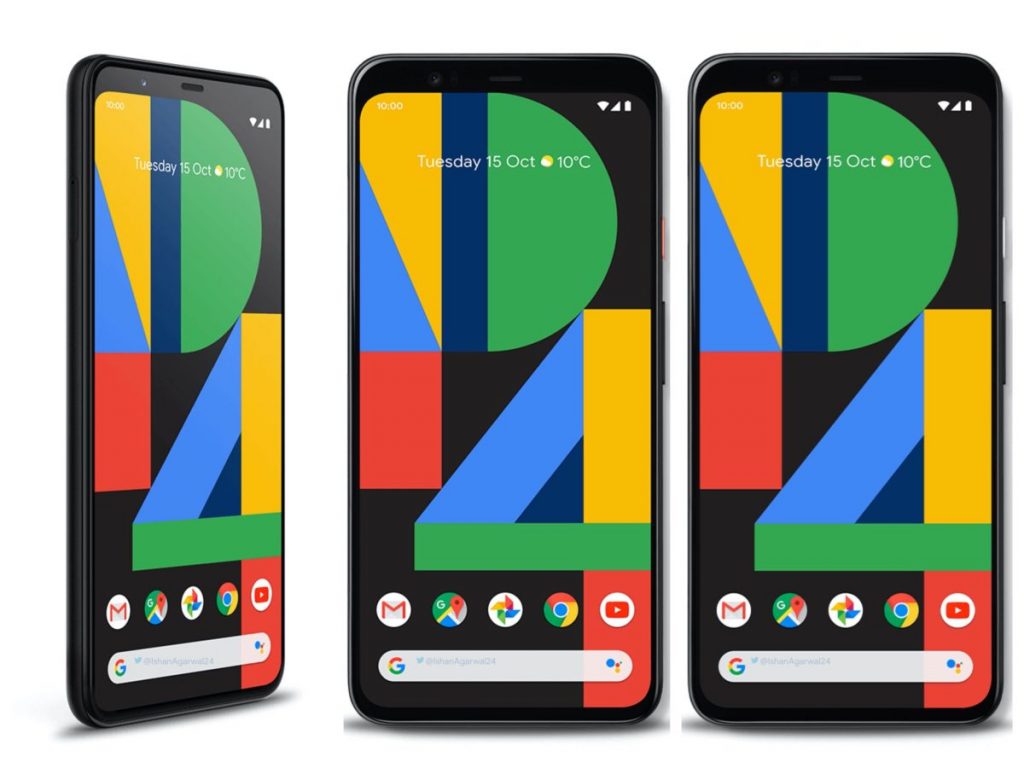 But what’s really surprising here is the absence of a fingerprint scanner underneath the display. There is not on the back or on the side either. This time, Google completely obliterated the fingerprint scanner. And it did so in the favor of its Face Unlock feature.

Talking about the Face Unlock feature, it’s faster and more secure than most of the Android phones out there. The sensors here create a 3D map of the face, which highly resembles with iPhone’s Face ID. But because of the Motion Sense technology and the wider field of view of the unlocking technology, Pixel 4 unlocks at a faster speed. And the security is ensured by the Titan M Security Chip, which safeguards Face Unlock data. If you are near to the phone, it turns on Always-On-Display and if you’ve crossed the critical distance, it goes off. So when you are reaching out to pick up your phone, the display lights up and Face-reading sensors are triggered on. Whenever the phone reaches close to your face, it will automatically get unlocked. So you don’t have to press the power button that often. This technology also allows you to skip a track, dismiss a call or quiet the alarms with simple hand gestures.

We have seen a similar kind of tech in the LG G8 ThinQ. But this one looks more advanced and more reliable. But still, most of it still looks gimmicky, to be honest.

Google is also getting a fair bit of backlash because of this technology. Because of the Motion Sense RADAR spectrum issues, the new Pixel 4 devices won’t make it up to India – A land of around 1.3 billion population and the current smartphone powerhouse.

As per the report, Pixel’s Motion Sense tech uses a 60GHz band of the spectrum. In the context of India, the frequency band of 57 to 64GHz is not available for public usage. So Google failed to get the license for it. As far as Nepal is concerned, it won’t make it to Nepal as there is no authorized distributor for Google products in Nepal.

Talking about the cameras, you still get the same 12.2MP Sony IMX363 sensor on the primary camera. Although the hardware is the same as last year’s, with improved HDR+, dual-exposure-control feature, and upgraded portrait mode, Pixel 4 will shoot better pictures now. Plus, there is also the much-hyped Astrophotography feature, which lets you capture the stars elegantly.

Alongside the main camera, there is a 16MP telephoto camera. The telephoto lens can optically zoom into the subject up to 2x. But due to Google’s Super Res Zoom technology, users can still obtain sharp images up to 5x zoom. Both the cameras have OIS for stabilization. 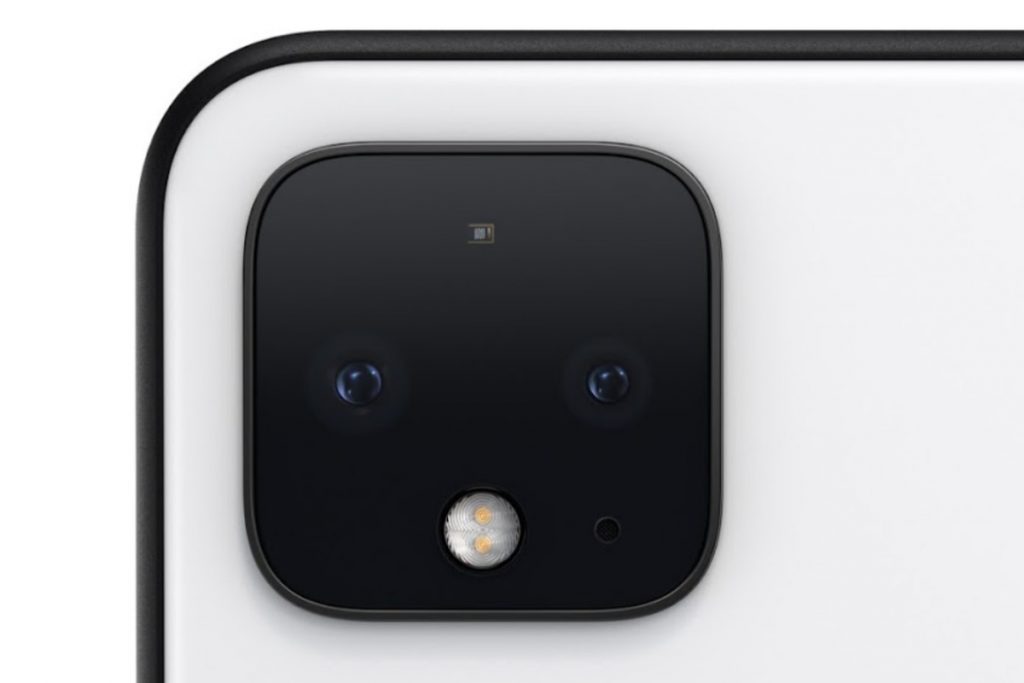 And that’s all the cameras you get on the back. You won’t get a wide-angle-lens or a 3D ToF sensor here. So although Google may be leading in computational photography, it’s far behind the competition in terms of camera hardware. Also with the existing cameras, you can only capture the 4K videos at 30fps. That means it has the same capability as the four-year-old Galaxy S6 and iPhone 7. And that surely is a huge bummer in 2019.

Onto the front, there is the same 8MP selfie snapper. Google has obliterated the ultra-wide-angle lens. Nonetheless, you can get a 90-degree field-of-view this time, which is good by the way. Plus, there is a ToF sensor for depth sensing. So you are going to get better selfie portraits as well.

Although SD55+ was already out, Google still used SD855 in Pixel 4. Since SD855 is a capable chipset, performance won’t be slouch here. With a powerful processor, you can perform everything with absolute fluidity. Plus, there is 6GB of RAM, which doesn’t sound crazy high as the competitors are offering. But it should be enough for most of all.

But where Google has been truly stingy is on the storage front. The phone ships with a base variant of 64GB, which you can get in a $150 dollar phone these days. And the maximum storage caps out at 128GB. Also, there is no SD card slot for memory expansion.

Furthermore, Google has stopped providing unlimited storage for full-res images in Google Photos. As a consolation, Google is providing Google One subscription for three months. After that, you’ll have to pay $2 each month. So it’s not for the ones, who happen to store a lot of files and photos on their phones.

Despite having clean and bloatware-free UI, Pixel is not known for great battery life. With that quirk on the side, Pixel devices still have smaller batteries when compared to its competitors. That went on this year as well. Pixel 4XL comes with a 3700mAh battery whereas the vanilla Pixel 4 has 2800mAh battery. And according to today’s standard, the capacity sounds underwhelming. With better software optimizations, you might get a few hours of surplus battery life but it will still struggle to last one whole day.

The charging speed is also rather slow. At a time when the midrange phones like Realme X2 Pro charges with 50-watt input, Pixel 4 still charges at 18-watt. And that’s really disappointing. But boasting a flagship status, it comes with Qi-wireless charging support.

Talking about the audio, the phones come with a single downward-firing speaker. The earpiece complements for the audio output and also for the stereo setup. So you can expect some loud and crisp audio. But the 3.5mm headphone jack is still absent. Pixel 4 also comes aboard with three in-built mics, which helps you transcribe the speech into text in real-time. You can do it offline as well. And that’s really cool. However, as of now, this feature is limited to the English language only. Similarly, we also get to witness the advanced Google Assistant in the event.

And since the phone is from Google, Pixel 4 also comes with the latest Android 10 OS. And as always, Google has promised for software updates for 3-years.

So what do I make of the Pixel 4? Well, it is rather complicated. If you want a clean Android UI, regular software updates, pro-level photography, and some advanced features, the Pixel 4 might please you. However, it costs you $799 for the base variant of Pixel 4 and $899 for the XL-variant. And you just get 64GB of internal storage for that price. For 128GB variant, you need out $100 more. This means, for a 128GB variant of the Pixel 4XL, you need to spend 1000 bucks. And even at such a premium price, there are a lot of compromises on the phone. Smaller battery, lack of wide-angle camera, no fast charging support, low storage to name a few.

If the competition is considered, there are amazing flagships from Samsung and Apple. even for a lesser price, there are amazing phones like iPhone 11, OnePlus 7T Pro and Realme X2 Pro, which is available for half the price. Google Pixel 4Xl & 4 surely have top-class hardware and some advance piece of tech. But because of some of the aforementioned tradeoffs, the smartphones are not for everyone.