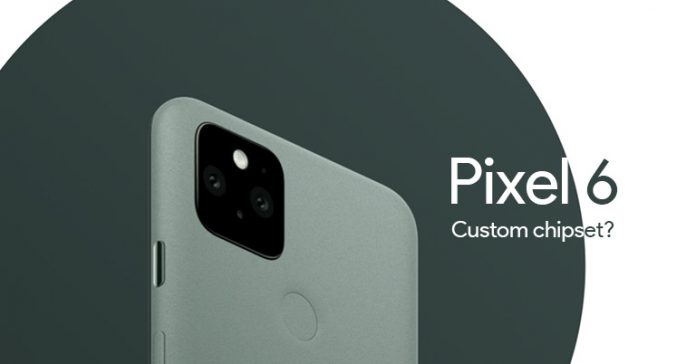 Google’s “Pixel” lineup is popular among smartphone enthusiasts, especially with those who prefer a clean Android experience and enjoy taking photos with their phone’s cameras. Since the first-gen Pixel debuted in 2016, this series has been entirely based on Qualcomm chipsets. The use of Qualcomm silicon could be coming to an end with the upcoming Google Pixel 6. According to reports, the company is designing an in-house custom chipset, codenamed “Whitechapel.”

Google’s own SoCs, which first made headlines in early 2020, can likely make their debut in new Pixel phones and Chromebooks. In addition, the company recently recruited Intel’s CPU designer as VP of engineering for server chip design. According to them, they would concentrate more on system design to minimize power and cost.

According to 9to5Google, Google’s new phone for this fall (most likely the Pixel 6) will be among the first to use the Google custom “GS101” Whitechapel chipset. Whitechapel is used in conjunction with the codename “Slider” in the document viewed by 9to5Google; a reference that has also been used in the Google Camera app.

“Slider” appears to be the shared platform for Google’s first custom SoC. The company has internally referred to the chip as “GS101”, where the initial characters stand for Google Silicon.

Interestingly, 9to5Google claims that “Whitechapel” is in connection with Samsung. It is very likely that Google-made silicon is a refined version of Samsung’s Exynos branded SoC. It implies that the Google chip can share certain functionalities with Exynos, such as software components. Following the report, the chipset will likely use Samsung 5nm process technology. It will feature an octa-core ARM CPU with two Cortex-A78, two Cortex-A76, and four Cortex-A55 cores. The upcoming Google Pixel 6 and 6XL, codename “Raven and “Oriole” can be the first smartphone to use the “Slider” platform.

Google’s custom silicon can be a great advantage

Since Google has been depending on Qualcomm’s platform, an in-house chip would give it greater control over its hardware. A separate part of the SoC can be dedicated to Google Assistant. The patented chip would assist in the optimization of the operating system and give its smartphones a performance edge over competitors’ devices.

Because the Pixel devices are not yet officially available in Nepal, their prices are exorbitant when available from unofficial sources. However, the use of self-designed SoCs can minimize costs altogether. But this doesn’t mean we’ll be seeing Google officially enter the Nepalese market anytime soon.

Moreover, the company may extend its software support for the Pixel series of smartphones once it starts making its own chip. The major reason Android devices only receive updates for about two or three years is that the chipsets age out. It becomes difficult to roll out an Android update without Qualcomm’s assistance. It can be resolved on the new Made by Google device if it uses a chip built in-house by Google.