Home Honor Honor 20 & 20 Pro Specifications and Price leaked ahead of the... 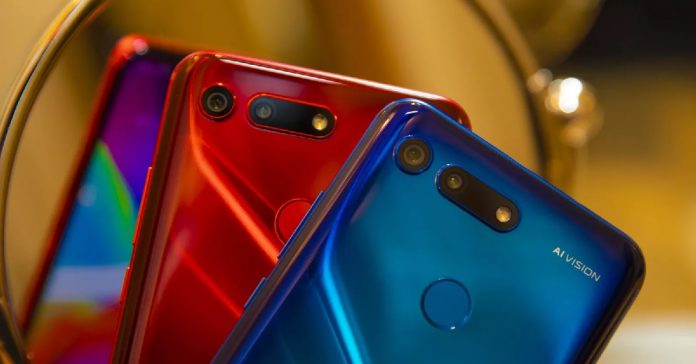 Honor is pushing its limits to bring top-tier specifications in its smartphones at a reasonably affordable price. And in that run, Honor Play and Honor View 20 (Honor V20 in China) made commendable marks in the smartphone market. To continue the winning streaks, Honor is reportedly working on two new smartphones. According to the recent leaks, Honor is on the verge of expanding its lineup by bringing Honor 20 and Honor 20 Pro. And as the leak tips, these handsets will feature flag-grade specifications.

A week earlier, we heard about the Honor 20 and 20 Pro smartphones being approved by the Eurasian Economic Commission (EEC) body. That news divulged the existence of the Honor 20 series devices. But the recent leaks, which appeared on the Chinese website Weibo gave a clearer picture of the specs on the handset. Apart from the specs, the leak also brought the price and launch date of the device into the limelight.

When the devices were approved by EEC, the model number of the devices was listed as YAL-L21 and YAL-L41. And these devices are expectedly making a debut in the market as Honor 20 and Honor 20 Pro respectively. Going by the specs, both of these devices are said to carry the Kirin 980 chipset. This is the flagship chipset from Huawei, which appeared on the prime flagship devices like the Huawei Mate 20 Pro, P30, and P30 Pro. On the memory side of things, the base variant will get 6GB RAM and 128GB of onboard storage. Even on the software side, the phone will come with Gaming+, Link Turbo, CPU & GPU Turbo mode to enhance the performance. With all these things aboard, the performance can be expected to be absolutely fluid here.

Lately, Huawei has been in a remarkable position when it comes to the cameras. And being the subsidiary brand of Huawei, Honor is also said to equip some capable hardware on the optics front. Honor 20 Pro is said to carry a Sony IMX600 sensor, which was also used on the Huawei P30 Pro. Whereas, the Honor 20 will rock with a 48MP main shooter. Apart from that, both the phones will supposedly carry a 20MP ultra-wide-angle camera and an 8MP telephoto shooter. But unlike the P30 Pro, these smartphones are said to come with 3x lossless zooming. On the selfie part, a 32MP shooter will do the job. The selfie shooter will dwell on the tiny notch on the top.

Both of these phones will carry the latest Android Pie with EMUI 9.0 on the top. On the battery side, the phones are rumored to pack 3650mAh battery with support for 22.5W fast charging. On the display side, the phone will get a 6.1-inch OLED panel.

The leak has also implicitly implied the price of the base variant. The modest variant of the Honor 20 series will supposedly carry a price tag of CNY 2,999 (~$450). As far as the launch date is concerned, the phone will make a debut on April 25th.