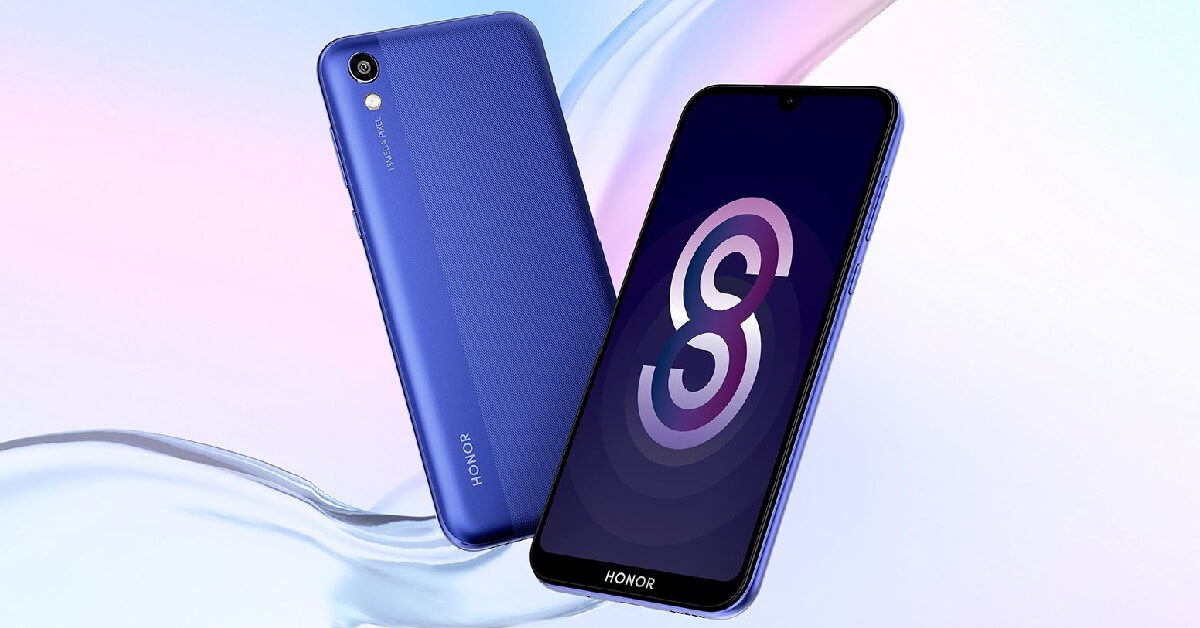 Being the sub-brand of Huawei, we see most of the Honor device sharing the majority of the specs with the Huawei phones. And Honor did it again. recently launched Honor 8s smartphone comes with similar specs of the Huawei Y5 2019 with only some minor tweaks on the design front.

The design has to be one of the major highlights on this device. It comes with a unique dual texture back, which is made out of plastic. In terms of specs, the Honor 8s is an entry-level phone with some decent offerings.

The camera here employs a 13MP sensor on the back. On the front, we can see a 5MP selfie snapper. The selfie camera also doubles as an authentication tool while unlocking the phone. Since there is no fingerprint sensor on the device, it’s the only biometric option to unlock the device.

Display wise, the handset packs a 5.71-inch panel with HD+ resolution on the board. On the top of the display, there is a tiny water-drop style cutout to accommodate the selfie camera. And on the chin, the company has carved out the Honor branding.

Helio A22 chipset is employed on the device to handle the performance. On to the memory part, the phone comes in two options: one with 2GB RAM and 32GB of onboard memory and another with 3GB RAM and 64GB internal storage.

The phone runs on EMUI 9 based on Android Pie. There is also a modest 3020mAh battery under the hood.

The device is already up for purchase in Russia. It comes in Black, Gold, and Blue color variants and is priced at RUB 8,490 there. The price of the device translates to $130/€120 on doing the simple currency conversion. As of now, the device is only available in Russia but it’s said to hit other markets as well.