Home Honor Honor 8s: Dual textured design but what else? 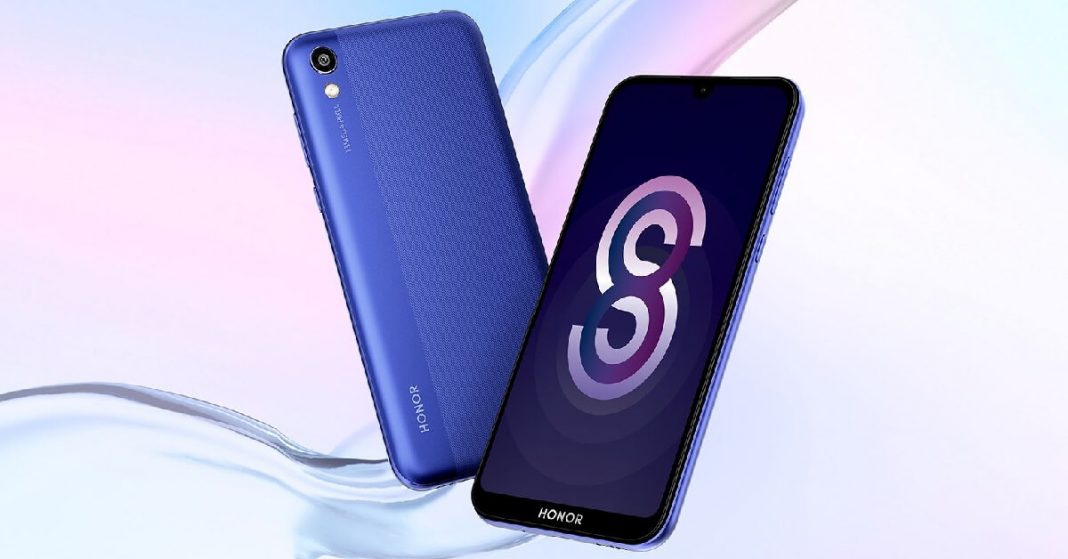 Honor is relatively a new brand for the Nepali smartphone market. And it has just a handful of devices in its lineup. The cheapest Honor phone available in Nepal is the Honor 8s. Let’s find out the specs, updated price, and availability of  Honor 8s in Nepal.

Entry-level devices usually come with a bland and highly normal design. But Honor, unconventionally, wrapped the Honor 8s with a dual-textured back, due to which the handset looks quite striking. The body is made of plastic however, the phone doesn’t look cheap.

Going by the specs, the handset features a 5.71-inch display with a tiny notch on the top. Maintaining the standards of entry-level devices, the phone comes with HD+ resolution. The display features a notch on the top of the screen to house the 5MP selfie camera. The bezel on the bottom is more evident than on the side and it features the logo of Honor. There’s no fingerprint sensor on the device for biometrics.

On the performance front, there is Helio A22 chipset complemented with 2GB of RAM and 32GB of onboard storage. On top of that, you get a dedicated slot to let you expand the storage further up to 1TB.

In the lens department, the Honor 8s sports a 13MP camera module on the rear. On the front, a 5MP selfie snapper rests snuggly on the notch. Even if there is no fingerprint scanner on the phone, you can unlock the device via Face Unlock feature. In doing so, this same 5MP camera comes into action.

When it comes to the software, Honor 8s boots on Android 9 Pie out of the box. Honor has also included EMUI 9 Lite software overlay to add some flavors to native software experience. The phone is powered by a 3020mAh battery and gets a Micro USB port for charging.

The price of Honor 8s in Nepal is Rs 11,590 for the 2/32GB variant. The device is available through select online and offline retail shops.

At this price, going for Honor 8A Lite makes more sense as it comes with a better processor and more RAM unless you are way tight on budget.