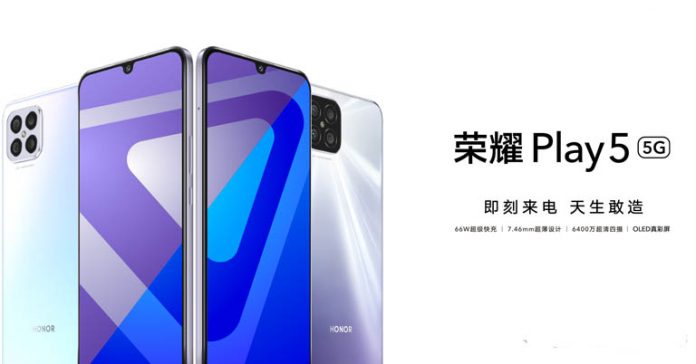 After all the leaks and rumors, Honor has finally announced the Play 5 in its home market of China. It’s a thin-and-light 5G device that Honor is advertising as a “smartphone for all”. Let’s take a look at the specifications, features, expected price, and availability of Honor Play 5 in Nepal.

Honor Play 5 sports a 6.53-inch FHD+ OLED panel. It covers DCI-P3 wide color gamut and is HDR10-compatible as well. This screen has TÜV Rheinland’s low light certification and even supports DC Dimming. The fingerprint scanner is placed underneath the screen.

However, Honor has opted for a teardrop notch for the selfie camera at a time when other devices in this price range now come with a sleek punch-hole cutout instead. The bezels and the chin look minimal, at least on the official renders. 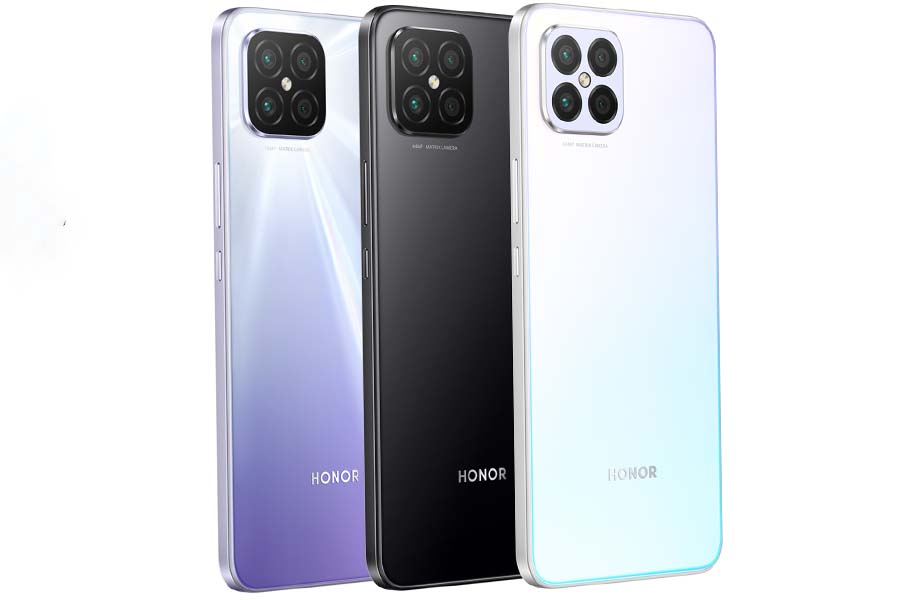 At the back, there is a square-shaped camera module to the left. The phone is 7.46mm thick and weighs just 179 grams. Honor Play 5 is available in three color options – Icelandic Illusion, Titanium Silver, and Magic Mid Night Black.

Under the hood, we have MediaTek’s Dimensity 800U chipset running the show. It’s a 5G-chipset that was announced last year. Based on TSMC’s 7nm process, it features Cortex-A76 and Cortex-A55 cores in a 2+6 cluster.

Graphic rendering is handled by Mali G57 GPU. Honor Play 5 comes with 8GB of RAM which can be paired with either 128GB and 256GB of UFS 2.2 storage.

There is a 64MP sensor leading the quad-camera setup on the back. The primary camera has an aperture of f/1.9 and can record 4K videos. It is accompanied by an 8MP f/2.4 ultrawide sensor alongside two additional 2MP sensors for macro and portrait shots. On the front, there is a 16MP f/2.0 selfie shooter inside the aforementioned notch. 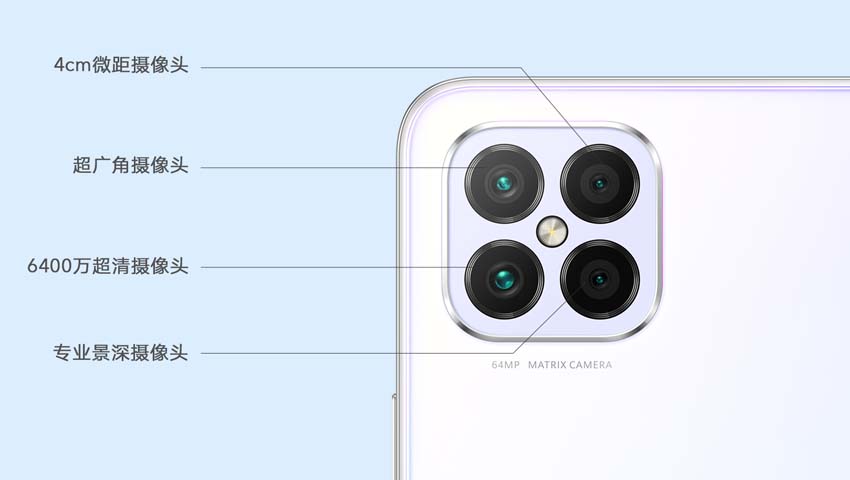 Honor Play 5 packs a 3,800mAh battery with 66W fast charging. The battery size is a downgrade from the 4300mAh cell on Honor Play 4. But this compromise helps keep the device thin and lightweight. Small battery and faster-charging speed mean the phone can go from 0 to 100% in just 35 minutes.

There is no 3.5mm headphone jack here so you will have to use a Type-C to 3.5mm audio connector. Unfortunately, it’s not included in the box.

Also, the phone ships with Android 10 which is disappointing given that the Android 12 developer preview is already live. On top of that, the Magic UI 4.0 doesn’t come with Google Mobile Services (GMS). It will be a problem if it launches globally but for the moment it is exclusive to China.