Aquos R6 is a high-end smartphone with a 6.6-inch WUXGA+ Pro IGZO (Indium Gallium Zinc Oxide) OLED panel. The display features a resolution of 1,260 x 2,730 pixels and a 240Hz variable refresh rate. It can toggle between 1Hz to 240Hz depending on the content, which is yet another “world’s first” title for Sharp Aquos R6. Furthermore, this screen can reach a peak brightness of 2000 nits, supports HDR, and has a contrast ratio of 20,000,000:1. Similarly, the panel has a small punch-hole in the middle for the selfie camera. In terms of the back panel, it features a massive 1-inch camera sensor in a rectangular cutout and has Aquos branding in the center.

Moving on, the device is powered by Qualcomm’s Snapdragon 888 chipset. This has been coupled with 12GB of RAM, and 128GB of UFS 3.1 storage. You can also slot in an SD card of up to 1TB here. Furthermore, it ships with a huge 5000mAh battery that supports Intelligent Charge 2.0, but not wireless charging. It runs Android 11 out-of-the-box and has IP65/68 certification for dust and water resistance.

As expected, the camera is the star of the show here. Sharp has partnered with Leica to engineer a 20MP 1-inch image CMOS sensor into the Aquos R6. According to the company, this sensor is five times larger than the predecessor and performs exceptionally in low-light environments. 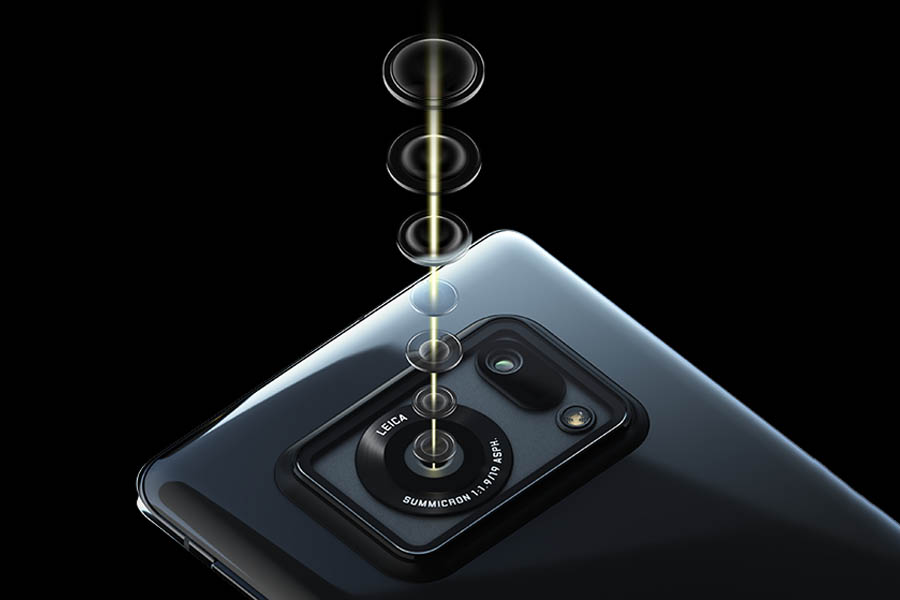 In addition, a ToF sensor and a single flash are located next to the main camera. It only supports image stabilization via EIS (Electronic Image Stabilization). On the front, it has a 12.6MP selfie camera in the aforementioned punch-hole cutout. For biometrics, Aquos R6 comes with Qualcomm’s 3D Sonic Max ultrasonic fingerprint sensor.

In terms of wireless connectivity, it features Bluetooth 5.2, NFC, and Wi-Fi 6. Sharp has retained the 3.5mm headphone jack on this phone too.

Sharp Aquos R6 will go on sale in Japan in June, with black and white color configurations. However, the company has not provided the phone’s pricing details or any information on international availability yet.