With all the hypes and numerous gimmicks, we have finally witnessed the all new Huawei P9 and surprisingly a P9 Plus as well. Huawei has been teasing for a month or so about the P9 and the rumours and leaks have already suggested some of the specs and looks of the phone including the dual camera. Now we have two variants of the P9, the P9 itself sports a 5.2inch 1080p display while the P9 Plus sports a 5.5inch Super AMOLED screen. The biggest addition to these new devices is the dual camera module made with the partnership with Leica which Huawei claims to be the best camera on a smartphone.

The P9 sports a 5.2inch 1080p AMOLED display with unibody aluminum construction which looks like the last years Huawei’s flagship the P8. The phone is thin at just 6.95mm and weighs just 144grams. P9 also comes with a fingerprint sensor on the back like the Mate 8 and it’s crazy fast which takes less than a second to unlock the device. Also, we have the dual camera module without any humps so the back side looks really clean. P9 also comes with USB Type C for charging and data transfer but Huawei hasn’t confirmed whether it supports fast charging or not for its huge 3000mAH battery. Also, the P9 is rocking the Huawei’s in-house chipset the Kirin 955 octa-core processor and comes with 3GB RAM and either 32/64/128GB internal storage.Huawei P9 comes with Android Marshmallow 6.0 with Emotion UI on top with not so many changes in the UI or features.

P9 Plus Specifications in Details

P9 Plus on the other hand sports a large 5.5inch 1080p Super AMOLED screen which is pressure sensitive like the last years Huawei Mate S. P9 Plus comes with 4GB of RAM. Also the P9 plus sports an IR Blaster and comes with a larger 3400mAh battery. Despite this, all the other specs are similar to that of P9. The big headline about the P9 is its dual camera sensor. Both the camera are 12MP. The first camera has an RGB sensor and the second camera has a monochrome sensor which only takes black and white photos. Both the camera simultaneously takes the photo and combines them to produce a greater quality image. Using monochrome sensor allows the camera to capture just the light, not the color, so it has higher details and sharpness while the RGB sensor takes the photo in color which filters the lights coming to its sensor resulting in loss of details so when both the photos are combined a better quality image is obtained. This is noticeable particularly in bright highlights and dark shadows where details are easily missed by single/small sensors. Also, the dual camera sensor on the P9 and P9 Plus allows us to select multiple focus points which give a greater depth of field with closer shots. But the P9 doesn’t comes with Optical Image Stabilization and hasn’t talked much about the Video Shooting capability of P9’s camera. And on the front, there’s an 8MP camera. All and all the camera on P9 is supposed to be crazy fast and take high-quality photos and seems like the dual camera will be a thing in all smartphones in coming years but as of now only the P9 and LG G5 have a dual camera. 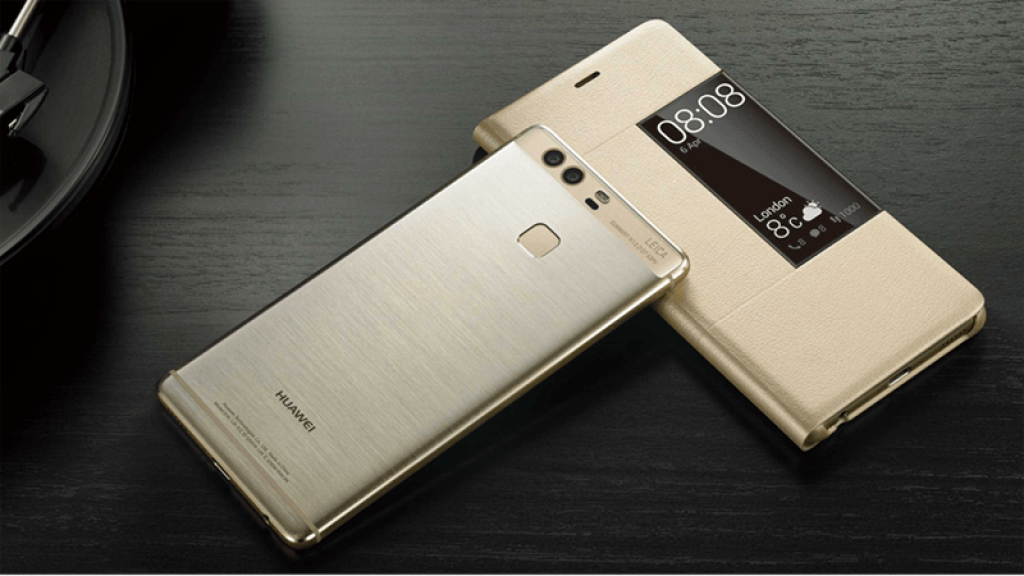 Both the P9 and P9 plus will come in Rose Gold color as well with other color options like Ceramic White, Haze Gold,Titanium Grey, Mystic Silver and Prestige Gold. Huawei is splitting the specs of P9 based on different countries, like the European countries will get expandable storage but will have only 32GB variant while the China and other countries will have Dual Sim support along with Internal Storage up to 128GB. We have to see which variant of P9 will launch in Nepal.

Huawei will start shipping P9 later this month and is priced at $650 and the P9 Plus will start shipping in mid may with the price tag of $800. We hope to see these phones next month or so as Huawei Smartphones Nepal has always been launching the phone closer to international launches.

Here is a Video Review for the Huawei P8