If you have been waiting for the Huawei’s new phones to be available in the market, your wait is finally over! You can now purchase the Huawei Nova 3 and Nova 3i from retail stores starting today, i.e. the 15th Of August. The phones were launched in Nepal around 2 weeks ago and were available for pre-booking via Daraz and retail outlets. But now you can get your hands on these devices from the market itself.

Also, On the first day of sales, the company claims to have sold 2000 pcs of Nova 3 & 3i in 2 hours which is kind of a huge deal for a niche market like Nepal. 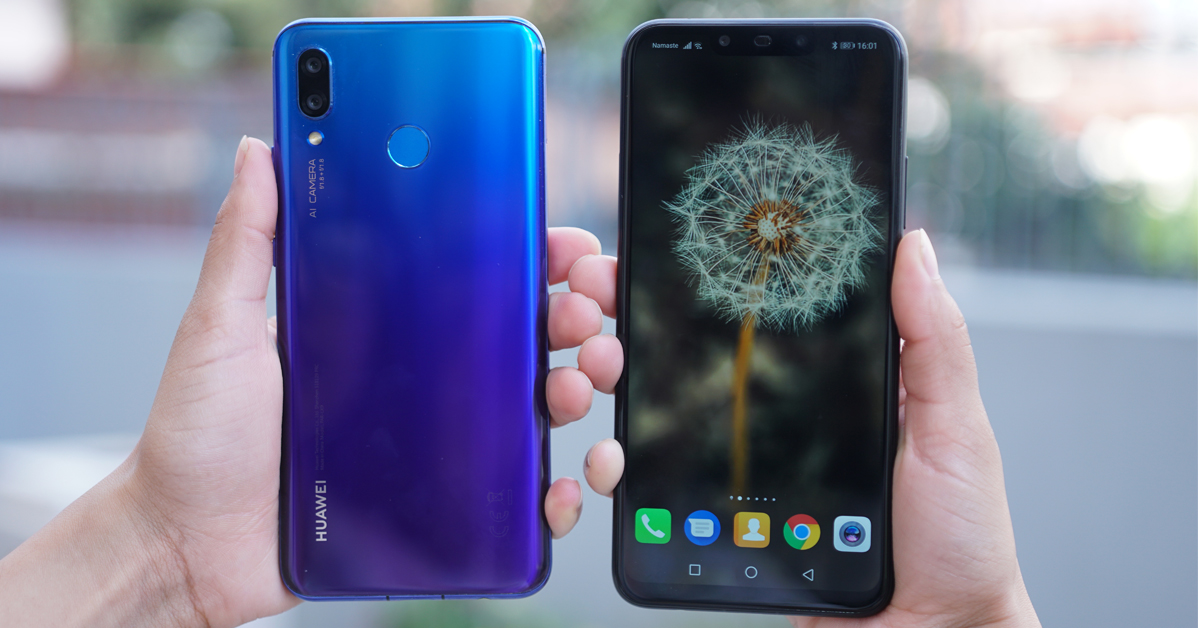 The Huawei Nova 3i (Rs.38,900) is the latest mid-range offering from Huawei. The Nova 3i is the successor of the Nova 2i (Read long term review) that was a very popular device a few months ago.

It sports a 6.3 inch IPS LCD display with a trendy 19.5:9 aspect ratio. The feature highlight of this phone is the Hisilicon Kirin 710 processor. If there was one thing the Nova 2i was criticized for, it’s the fact that it featured a slightly underpowering processor. But with the upgrade of this latest device, we have expectations of a very good performance. Like it’s predecessor, the 3i also features 4 a quad camera setup, meaning it could be a good option for photography enthusiasts. Likewise, you are greeted with a combination of 4GB RAM and 128 GB ROM, which is huge.

Alongside the Nova 3i, we can also see the Nova 3 (Rs.59,900) in stores now. The device, with its specifications, seems like a near flagship device. It packs some really interesting features like the Kirin 970 processor seen in Huawei’s triple camera flagship, the P20 pro, so we can expect similar performance.

Design wise, its similar to the Nova 3i. But what you get more is the camera pixels. Although this one too is a quad camera phone, you get a 24+16 MP cameras at the back accompanied with 24+2 camera set up at the front. The cameras are equipped with AI in both of the devices.

You can get the Nova 3i and the Nova 3 in two color variants as of now, the Black version and the Iris Purple. The devices have hit the market today, so make sure you get yours!