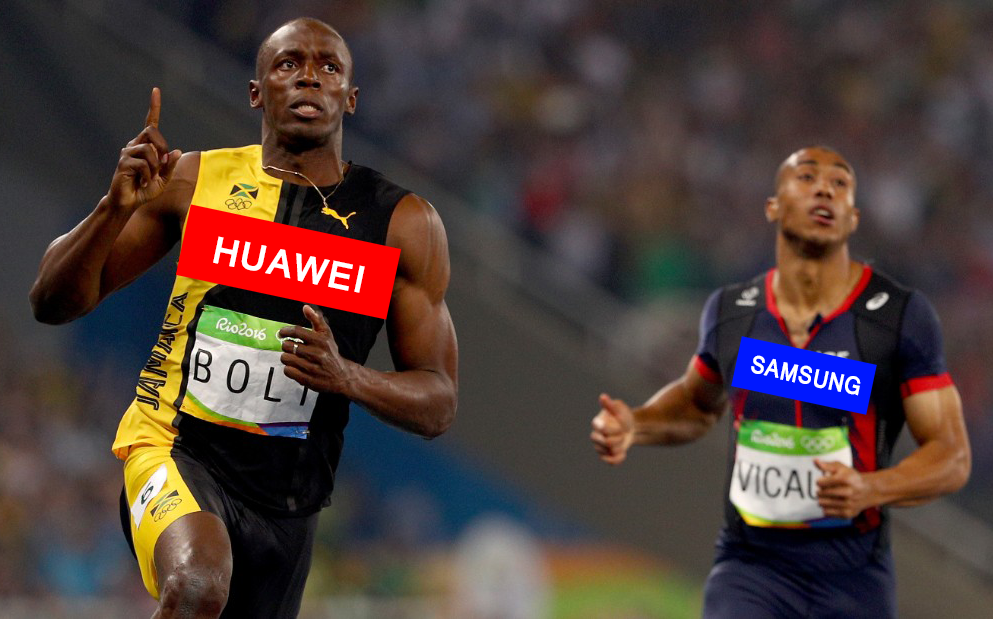 I know, you want a smartphone manufactured by Chinese company because they are a good value for your money. But, somewhere deep inside you, you don’t trust them because it’s “Chinese”. Well, the recent report from Strategy Analytics, a Massachusetts, USA based company may boost your trust on them.

According to the report, Huawei is the most profitable android device manufacturer in the world in the third quarter of 2016. Vivo and Oppo (also Chinese manufacturers) trail Huawei in the list.

Although Samsung is still at the top in terms of volume of devices produced, other three Android device makers surpass in profit. This may be because of the exploding Galaxy Note 7 fiasco according to a representative of System Analytics.

In terms of overall operating profit, Apple leads the chart by a huge margin. Apple earned $8.5 billion in the third quarter of 2016. This is 91% of the total share in smartphones profits worldwide. However, new phones by Apple only make up about 20% of the global market. You know what this means? Apple phones are expensive.

Huawei follows Apple with $200 million (a 2.4% share). Vivo, Oppo, and Others (including Samsung) share an equal share of 2.2% with just under $200million operating profit. Although Samsung was not in the top list this quarter, Samsung is said to recover in the fourth quarter of 2016. That being said, the effort of the Chinese companies for making good phones should also be credited.  Especially since phones like Huawei P9 got popular even outside Asia.

“Three of the world’s top four most profitable smartphone vendors are currently Chinese. Huawei, Vivo, and Oppo have not only improved their smartphone product line-ups this year, they have also enhanced their operational abilities and kept a tight lid on expanding distribution costs,” said Strategy Analytics director Linda Sui.

Now, talking about the Nepali market, Samsung leads the market share here. About 60 percent of the smartphones sold in Nepal are from Samsung, 10% are from Huawei, 8% from Gionee and remaining from other manufacturers.

With so many smartphone options available in Nepal, which brands do you prefer? Let us know in the comment section below.