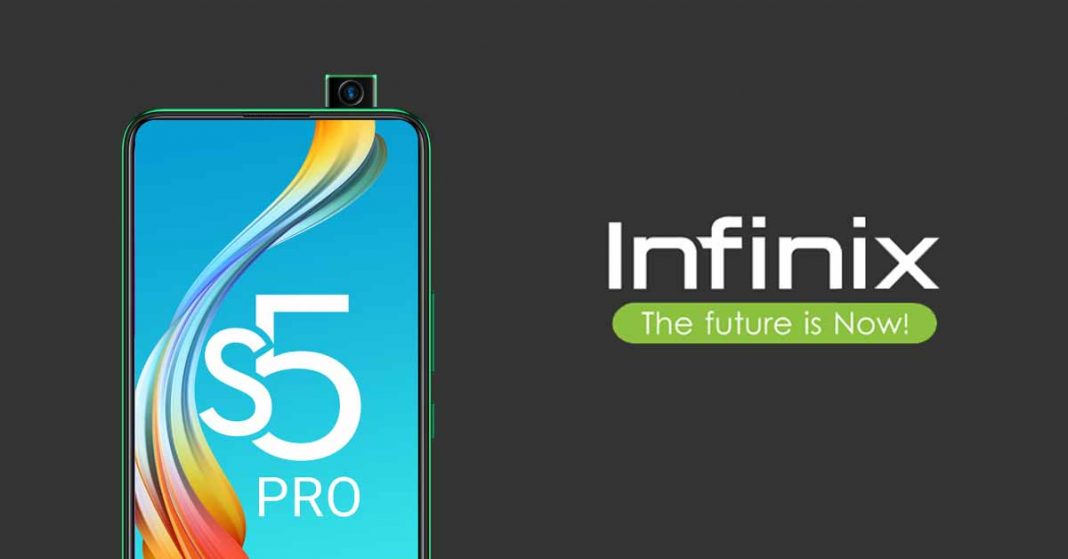 Infinix has launched the Infinix S5 Pro in India which happens to be the cheapest smartphone with the pop-up selfie camera. It is available in India for INR. 9,999 and is expected to launch in Nepal too for a similar price.

Thanks to the pop-up camera, Infinix S5 Pro really stands out among other rivals in its price range. It comes with a 6.53-inch display and a 19:5:9 aspect ratio. The FullHD+ panel packs in 394 pixels per inch. The display looks clean without any notch or punch-hole and the only things noticeable are the headpiece frill on the top and the bezels surrounding the screen.

On the back, there is a camera module that houses the triple camera setup. The module, here, looks like an extension of the top frame from where the front camera pops up, so when the front camera pops out all the camera aligns along the same vertical line. There is also a fingerprint sensor mounted on the back. It lies above the Infinix branding.

Infinix S5 Pro is powered by MediaTek’s Helio P35 which seems popular among budget-oriented devices these days. Recent launches like the Oppo A31, Huawei Y6s, and Honor 8A Lite also featured the same chipset. The chipset is coupled with 4GB of RAM and 64GB of internal storage. The storage can be further expanded up to 256GB using the dedicated MicroSD slot provided. 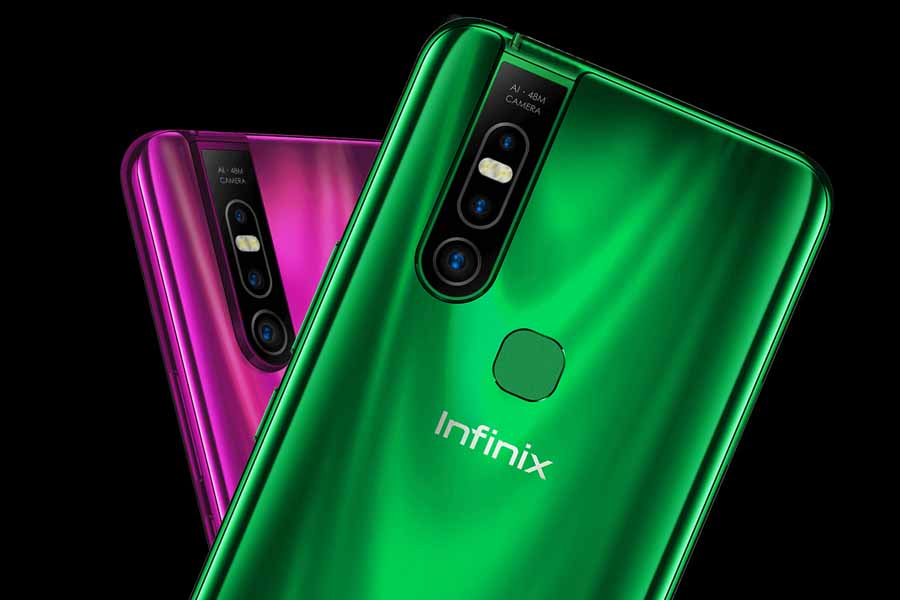 As for the camera, the 48MP primary camera on the back is accompanied by a 2MP depth sensor and a low-light sensor. The camera comes with a Pro mode and AI auto scene detection. The dual-LED flash is also included inside the camera module. On the front is a 16MP pop-up camera. The company claims the pop-up camera is resistant to both dust and splash. The life span of the pop-up mechanism is about 1,50,000 cycles.

The device comes with a rear-mounted fingerprint sensor and face-unlock feature as security options. The device relies on a 4,000mAh battery for the juice. It ships with XOS 6.0 on top of Android 10. Other notable features include Wi-Fi b/g/n, Bluetooth 4.2, 4G connectivity and DTS Surround-sound.

Check out our review of Honor MagicWatch 2!