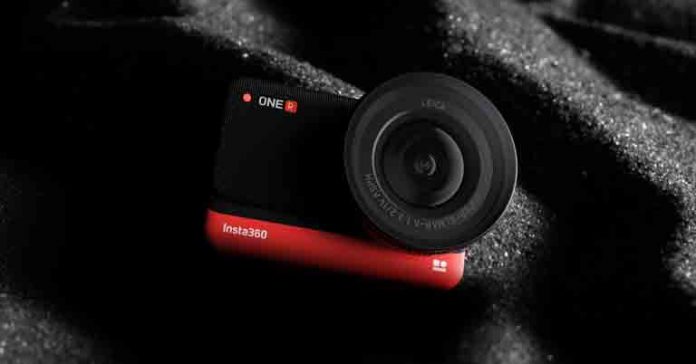 The Insta360 One R is not your standard camera. It comes with a modular design and lets you shoot anything from 4K videos to 360-degree videos. It is now available in Nepal. Let’s check out the specs, features, official price, and availability of Insta360 One R In Nepal. 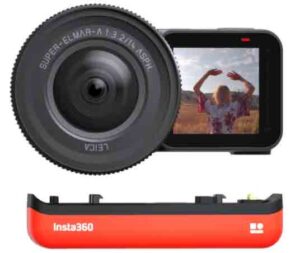 As mentioned earlier, the Insta360 One R is a modular camera. The dimension of the size varies based on the mods on use. Insta360 One R consists of three main parts of which the lens is interchangeable. The lens is connected to the central core while the core is equipped with a touchscreen, control buttons, and necessary ports. Finally, the third component is the base that holds everything together. It also houses the battery that powers the camera.

The camera sports a rugged design and is IPX8 rated against water damage up to 5m of depth. Connectivity-wise, it supports 5GHz Wi-Fi and Bluetooth 4.0. There is a six-axis gyroscope for Flow Stabilization. The base packs a 1190mAh battery which can be charged using a Type-C charger. The battery backup varies according to the mod being used. Once drained, it can be re-filled in around 65 minutes.

As you may have guessed, the 1-inch Edition features a 1-inch sensor. It is the biggest sensor ever in an Insta360 camera and has been co-designed along with Leica. Thus, expect improved low-light performance and better depth of field. The wide-angle camera is capable of taking 19MP pictures. Users can also shoot 5K videos at 30fps or 45K videos at 60fps. 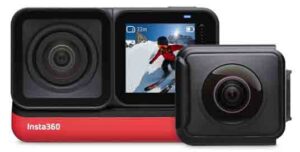