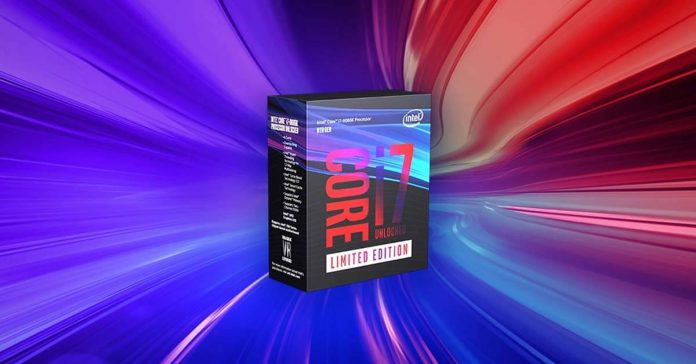 Computex 2018 saw some of the most mind-boggling announcements. Among which, there were four particular processors related events that caught our attention. The first was Qualcomm’s Snapdragon 850, then AMD’s new processor which we get to after this, the third is Intel’s 28 core 56 thread mammoth, and lastly the new Intel Core i7-8086k limited edition processor.

The 8086k isn’t a mass production processor for an everyday PC user. It is more Intel’s way of celebrating their 50 years in the industry. Although the main reason remains their 40th anniversary of the 8086 microprocessor. The same processor that gave rise to Intel’s wildly successful x86 architecture, still in use till this day.

Talking about its technical specifications, you get a six-core CPU with 12 threads. The base clocks remain at a mere 4 GHz but will boost up-to 5 GHz without overclocking. The processor will run on any Intel 300 series motherboards (LGA 1151). Though if you plan to overclock it, you will specifically need the Z370 motherboard.

The processor is based on the Coffee Lake 14nm architecture, still no canon lake. It has 12MB of L3 cache size and a TDP of 95W. It even comes with Intel UHD graphics 630 integrated GPU solution.

The processor will need some serious cooling, yet don’t expect a cooler out of the box. More so if you want to actually overclock the unlocked beast. Finally, the processor supports DDR4 RAM, weights about 12 ounces and has a dimension of 4.6 x 4 x 2.8 inches, in case you were wondering.

The CPU is already up for grabs in several online websites across the US. Sadly, their availability is questionable outside America. Sources claim Intel will only produce a total of just 50,000 units, out of which 8086 units will be given away to 8086 lucky winners. The processor is listed for a price of $424.99 if you feel like upgrading.