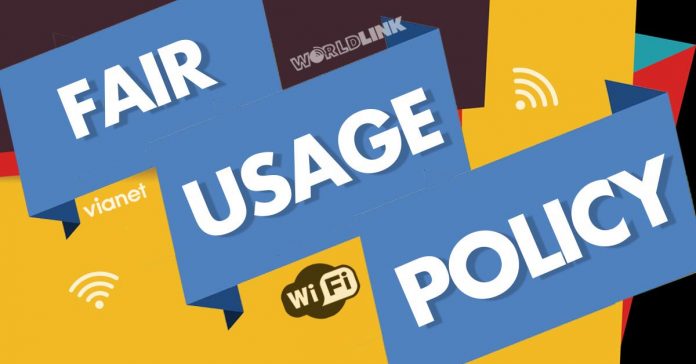 The internet has become such an integral part of our life ever since its invention. So much so, that it’s widely accepted as one of the basic human needs in modern times. But hey, who doesn’t lose their minds over slow internet speed after being conditioned to a faster connection for a long time. Ain’t that the reality these days? With people stuck at home as per the government mandate to contain the spread of the COVID-19 (Coronavirus), our collective time spent on the internet has soared like never before. And that has been a major headache to Internet Service Providers (ISPs) around the world – including Nepal.

Many of you may have already fallen victim to slowed connection during the lockdown, especially if you’re subscribed to Worldlink. Not a day has gone by in the past week or so where I haven’t encountered a post on Facebook, Reddit filled with rants against the largest ISP of Nepal. Well, there’s this thing called Fair Usage Policy (FUP) which exists and has always existed in practically every ISP in the world to control the volume of internet usage. And with a sudden exponential surge in bandwidth consumption, many users are un/knowingly reaching the threshold, thus being eligible to face the wrath of a throttled internet.

What is FUP on the internet?

Short for Fair Usage Policy, it is a guideline kept in place to monitor the network usage and prevent exploitation or misuse by setting bandwidth (data) cap, such that the entire network runs as intended. Basically, it’s a check against subscribers who try to consume an excessive amount of bandwidth by limiting their speed. Worldlink describes it as follow:

“FUP stands for “Fair Usage Policy” it is practiced by all ISPs worldwide which reserve the right to throttle or cap bandwidth to stop massive usage & misuse of the bandwidth. Such behavior affects other user’s experience who also have equally paid for the subscription.”

Of course, every subscription package of every ISP has a different implementation of FUP. And in this article, we’ll be briefly discussing the ones in Nepal’s top two ISPs – Worldlink, and Vianet for their “home” plans.

In the case of Worldlink, the company has a “Smart FUP” system that monitors and flags a subscriber’s internet usage behavior on a daily basis. The “flag” here is an identifier value that automatically keeps track of the user’s data consumption level. There are 3 types of flags:

Well, what are the daily data limits for Worldlink?

Glad you asked. We contacted the company and these are the limits of bandwidth usage (only download data, not upload) within 24 hours and their consequent fallback speed. Here, the fallback speed refers to the speed your internet will run on after you exceed the volume of internet usage based on your subscription package throughout the rest of the day.

Many users have also pointed out that the recent slowness in their internet is a result of “oversubscription“. They claim that Worldlink’s excess userbase has now crippled the company’s infrastructure and as a result, it is hampering the performance of almost every single other customer. However, Worldink insisted that their infrastructure is solid as a rock and it’s not an issue of a large number of customers. It’s just that, with almost everyone stuck at their home, data usage is way too high.

After all, the daily bandwidth limit is a calculated value the company has set. And I don’t believe people had the same degree of a complaint before the whole lockdown thing. But now, people have more time to spend on the internet, thus skyrocketing the usage volume.

It is also important to note that fup is applicable only to those users who exploit the daily limit.

Even if you’re one of the victims of slow internet, Worldlink says that the FUP throttle is activated only during peak hours (8:00 PM to 11:00 PM). In this time, the fallback speed is switched on instead.

Vianet, on the other hand, doesn’t have a “flag” system like Worldlink’s that automatically monitors a customer’s data usage on a daily basis. On the contrary, the company checks for any sort of bandwidth exploitation from its users on a monthly basis (Gregorian calendar: A.D.), by taking both – total download and upload data into account.

Are there daily data limits for Vianet as well?

The company also has a three-level FUP restriction, which is based upon the total data used by the customer on their respective internet package. Now, let’s compare the 20Mbps package of both Worldlink & Vianet. In the former, you risk getting throttled if you use up 28GB daily, for consecutive days which I bet is what’s going on these days. On the other hand, Vianet has a monthly data cap. Therefore, I have the freedom to consume 28GB of data repeatedly for at least 16 days (~448GB) before my internet starts getting slow.

Moreover, the spike in usage will obviously not continue on in the long run, which means that a user will not reach or exceed the limit every single day. Because of this, Vianet has the upper hand when it comes to more consistent user experience than Worldlink. I’m subscribed to Vianet myself (40Mbps) and yet to experience any sort of significant fallback on speed.

But hey, i purchased the “unlimited” package. What’s with all the limitation crap?

Well, I hate to burst your bubble but in this case, “unlimited” doesn’t mean what you think it means. You’re not going to get an infinite amount of bandwidth, no way. Bandwidth is an expensive product that ISPs buy and if they start handing it out without any restriction to their customers, it’s only a matter of days before the company goes bankrupt.

What do I do to prevent FUP restriction on my internet subscription?

There are a couple of techniques to ensure you don’t qualify for FUP restriction. They are as follows: