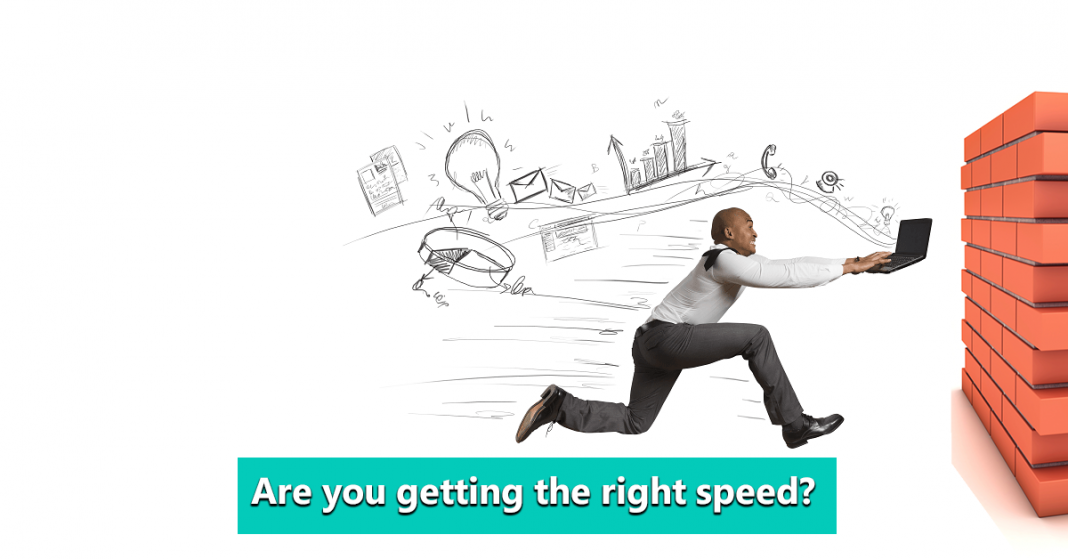 With so many Internet Service Providers in Nepal plus the choices they give, you have so many options to choose from or wait…do you really? Let’s look at how your ISPs are not giving you what they say.

First, let me tell you the difference between Mbps and MBps.

The other difference is Mbps measures Internet download/upload speed while MBps measures file transfer speed. So, if you have an Internet connection speed of 1Mbps, it doesn’t mean you can download a 1MB file in 1 sec. So how long will it take for me to download 1 MB file with 1Mbps speed? It will take you 8 seconds because…1 bit = 1/8 Byte. I Hope, you can now calculate the actual time it will take for you to download a file on your Internet speed.

Okay, now that you know the difference between Mbps and MBps, let’s look into what your ISP is not telling you when you subscribe to them.

The choices of Plans:

The major ISPs of Nepal like Classic Tech, NTC, Subisu, Vianet, Worldlink offers various services like Wireless Internet, Cable Internet, FTTH (Fiber To The Home), WiMax, ADSL under different promotional names. They also offer their customers various plans from limited volume based packs to “unlimited” Internet services. With so many options, things can get confusing for you. Well, I am here to help. Let’s look at what you can expect from volume-based plans and unlimited plans.

This plan is specially provided for fiber connections by most of the ISP’s. In this plan, the Internet companies give you much higher speed upto certain bandwidth and then reduce the speed significantly after you cross the bandwidth limit. Let’s look at the few plans offered by major ISPs of Nepal.

P.S. keep the difference between B and b (the one we talked about above) in mind.

Classic Tech: Classic Tech offers 15Mbps or 30Mbps limited Internet. You get 530GB  of data in the 15Mbps plan and 660 GB in the 30Mbps plan. However, remember that these data caps are for 3months. The company also doesn’t say how much data can we use per month. Of course, you can still use the Internet if you run out of the allocated data but the speed will fall back to…company haven’t written the fallback speed on their website.

Subisu: Subisu offers 5Mbps, 10Mbps, 25Mbps and 50Mbps with various data packs depending on the speed and the validity period of your subscription. The fallback speed is 512Kbps for 5Mbps and 10Mbps users, 2 Mbps for 25Mbps users and 5 Mbps for 50Mbps users. But, wait, don’t get excited by these numbers, there is FUP and sharing ratio (we will talk about it later).

Vianet: 5, 10 or 15Mbps plans are offered by Vianet under different names like PRO, PLUS, and RUSH. The data limit depends on the number of months you subscribe and the speed of your connection. Well, what is the speed after you cross the limit? 512Kbps for both 5Mbps and 10Mbps and 640 Kbps for 15Mbps (the FUP and sharing ratio apply).

Now, let’s look at “unlimited” speed plans before moving to the FUP and sharing ratio.

Besides volume based pack, you can also choose unlimited plans from many ISPs like NTC’s ADSL. Worldlink offers 5Mbps Unlimited plan, Classic tech offers 1Mbps and 6 Mbps unlimited plan while Vianet and Subisu don’t seem to have a separate unlimited option.

So which plan should you choose? Well, it depends on the requirements. To tell the truth, in my opinion, you do not have any choice, what companies are offering is merely an illusion of choices. Because, if you choose limited, your internet speed slows down after you reach the capped limit; whereas, if you choose the unlimited speed you will be subjected to FUP from the very beginning. Not to forget, the sharing ratio applies in both of the plans.

The name Fair Use Policy looks like a good thing because according to ISPs, with FUP average Internet users will get justice; but do they? The policy started so that heavy users didn’t fill up the available bandwidth and hence, other average users on the network could get a better Internet experience. This sounds cool if ISPs could keep pace with the growing Internet need.

The problem with FUP today is that the need of “average” users has increased today.  A user according to ISP is one household. Now, think of it. A few years ago one household had one computer so Intenet bandwidth needed by a user would be low. However, today most of the households have more than one computer and also there are mobiles, tablets, smartTVs so “a user” uses more bandwidth than they used to. In addition to this, the Internet no longer has only texts. An average user today needs to access multimedia files that consume more bandwidth. This means the average user of the past has become a heavy user today. Thus, FUP results in slower Internet experience for everyone.

With all these plans, FUP, sharing ratios, hidden costs, and bad customer services from ISPs, all I can conclude is: are we getting what is advertised? Do we (the users) have real choices? or everything is an illusion of choice?

We will do a separate post about what things to look at before choosing an Internet connection in the future.