Home Apple Here’s how you can replace your iPhone for the price of the... No battery is made to last forever. No matter how careful you are with your device, the battery will degrade over time losing its ability to store power. Ultimately, you will have to replace it if you want to keep using the phone. But there’s a piece of good news for iPhone users in Nepal. Genxt, the official distributor for Apple products in Nepal, is offering iPhone replacement in case of battery damage for the price of just the battery.

Replace iPhone for the price of battery

Generation Next Communication, otherwise known as Genxt, is the only authorized distributor for Apple products in Nepal. As the sole distributor, it also looks after the after-sales services like repairs and parts replacement. We were quite unsure about how one could get a new iPhone for the price of a battery and contacted them for further details. Turns out, it’s actually true. If you show up to an authorized service provider for Apple in Nepal with an iPhone with a degraded battery, you can get a new iPhone of the exact same model.

Almost all the mainstream consumer electronics these days come with a year of warranty. Some may even offer additional years for parts replacement. Apple, on the other hand, promises services and parts long after the product is no longer in distribution. However, the support varies according to the region. In Nepal, Genxt will replace your iPhone in the name of battery replacement if it is an iPhone 6 or newer. 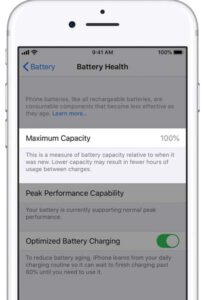 Let’s talk about pricing. If you want to have your iPhone replaced because of the battery issue, you will have to pay the price of battery replacement which varies according to the iPhone model. Generally, you will have to pay more for the more recent model. For instance, the cost is Rs. 26,500 for iPhone 11 Pro/Pro Max while it’s just Rs. 13,500 for the older iPhone 6 series.

If you want to make use of the offer, you need to book your service appointment. You can do that by heading into the Genxt official website.

How is it possible?

But how is Genxt replacing the whole iPhone for the price of battery replacement? As it turns out, the company is unable to ship only batteries to Nepal because of shipping constraints. And it is replacing the whole unit as a workaround method. However, we have not been told how long the phone will be out because of the shipments involved. But again, if you are getting a new phone for a degraded battery that should be worth the wait.