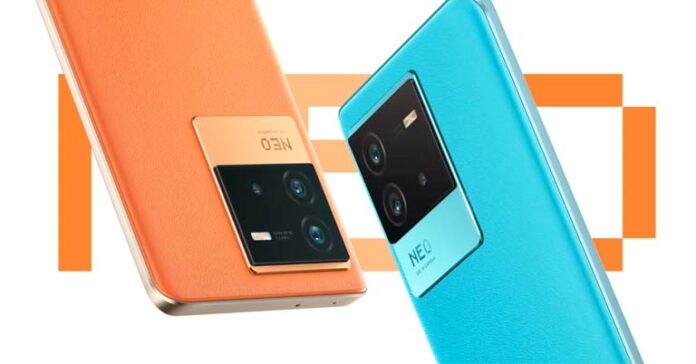 iQOO has launched its new smartphone in China, called the iQOO Neo 6. It’s the successor to last year’s Neo 5 and brings a major improvement in terms of performance. So, let’s get into the specs, features, availability, and expected price of the iQOO Neo 6 in Nepal.

iQOO Neo 6 flaunts a 6.62-inch AMOLED panel that boasts a Full HD+ resolution. The phone features a 120Hz refresh rate and a whopping 1200Hz touch sampling rate. Like the Neo 5, it also has a separate display chip that minimizes the processor’s strain during game rendering. At the back, there’s quite a wide rectangular camera module that houses a triple camera setup. The Neo 6 is available in a total of three color options—Orange, Blue, and Black Lord.

Inside, it packs an octa-core Snapdragon 8 Gen 1 processor coupled with up to 12GB of LPDDR5 RAM and 256GB of UFS 3.1 internal storage. iQOO has installed a 46662mm2 cooling system that incorporates six layers of three-dimensional graphite, a high thermal conductivity rare earth alloy, and a VC soaking plate to improve thermals under severe workloads.

Aside from that, it comes with MEMC technology for added smoothness in the game and there’s also a “Frame Rate Boost” mode that raises the frame rate of select games to up to 120Hz.

Camera-wise, it sports a triple camera arrangement in the rear, which includes a 64MP primary sensor, a 12MP ultrawide lens, and a 2MP B&W sensor. In addition, the primary camera also supports OIS. For selfies, it has a 16MP sensor on a centrally-aligned punch-hole cutout.

Moving on, the phone has a 4700mAh battery with support for 80W fast charging. On the software front, it runs OriginOS Ocean, which is based on Android 12. Likewise, the connectivity option includes WiFi 6, Bluetooth 5.2, USB Type-C, and NFC.