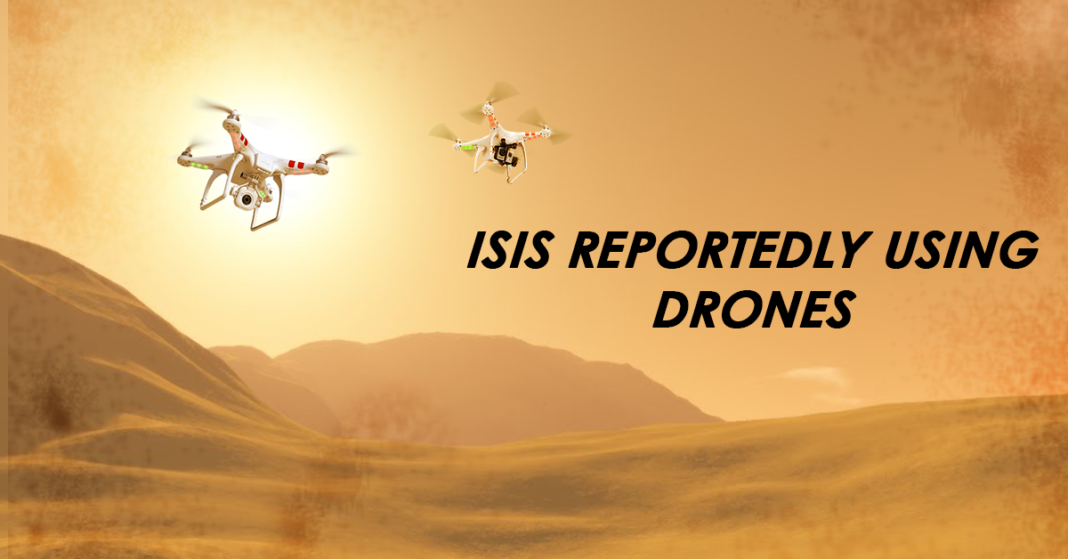 Picture this. You are chilling on a Saturday afternoon, basking under the Sun when all of a sudden you hear a buzzing sound. A quadcopter soars over the ground near your house and drops something. A few minutes later: BOOM! It didn’t take you long to figure out the ‘thing’ the drone dropped was a bomb. Luckily there are no accidents or casualties.

Why am I blabbering all this you ask? That’s because ISIS has upgraded the technological aspect of their war. The situation I asked you to imagine recently happened in Iraq. Over a month ago, in January, the Islamic State fighters showcased their strengthening arsenal and tech weapons.

A reporter with the Agence France-Presse (AFP) took to Twitter to report an incident that occurred on Mosul, a city of Iraq. According to the reporter, a drone that was embedded with a bomb was taken down by the Iraqi Army later on.

The drone was reportedly weaponized with a 40mm grenade which is typically used in grenade launchers. And when the drone’s design and logo was taken into account, there was no mistake that the device was a DJI drone. The model that ISIS used was the Matrice 100, a quadcopter made for developers.

The Matrice 100 is a programmable drone that can be used for business purpose, research purpose or just for having fun. Currently, the quadcopter is available to purchase at $3,299 in the international market. While it isn’t a military grade device, the Matrice 100 can still carry a weight of around 1.2kg.

ISIS has recently increased the use of quadcopters in their war. The group had released a video showing off young terrorists using different types of drones as a bombing machine through smartphones and tablets. The drones in the video are however different and probably even cheaper than the Matrice 100. And they have even shown the drones bombing different places. A video that sent chills down my spine.

The use of such an expensive piece of tech shows how ISIS is taking a serious step into a tech and air force battle with governments of different countries.