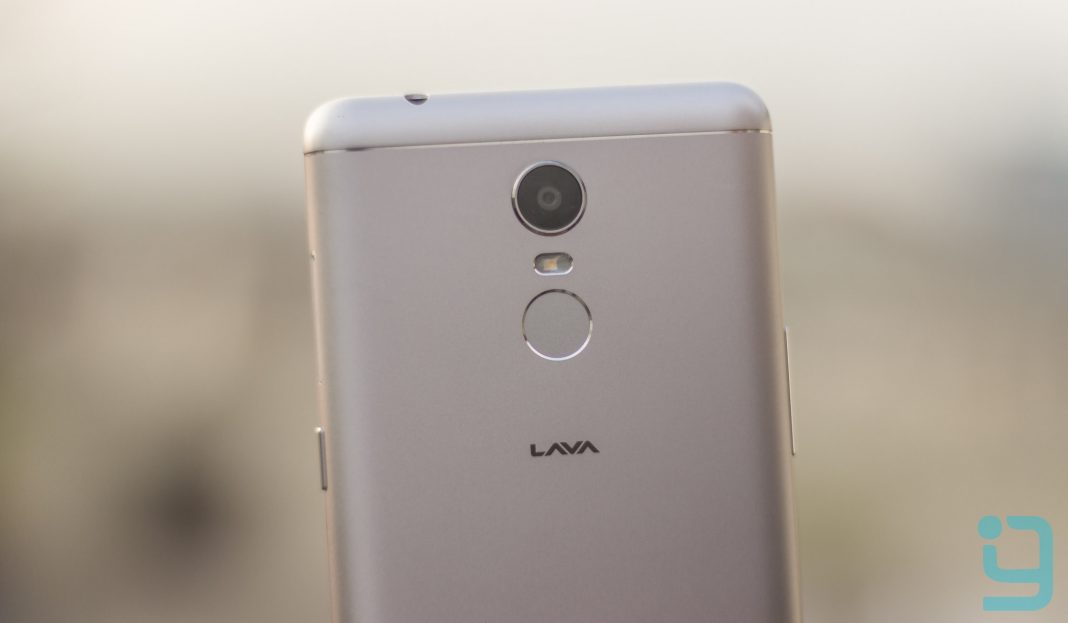 The Indian smartphone brand Lava has been in the Nepali smartphone market for quite a while. Lava has been providing low-end mobiles and smartphones for the Nepali users. However, now Lava has been expanding its horizon and toiling to provide mid-range phones. It has recently brought a Lava A3 phone, which is packed with greater specs as compared to its previous models. And this smartphone probably is the first mid-range phone in the Lava family. This new device costs Rs. 25,000 in Nepali market. The manufacturers have claimed that the device comes with greater specs and the slogan ‘Never miss a detail’ justifies it. So, in order to dig the truth, let’s explore what is inside the phone and let’s find out if the phone worth the price and worth a buy.

Lava A3 includes sleek metallic back with carefully placed and convincingly colored plastic caps on the top and bottom of the phone. Though provided with an Aluminum body, the phone is light in weight. The device is thin, which has added elegance to its design. The curved edges have eased the user to hold the device with a single hand. However, the smooth and soft finish has made the device somewhat slippery. This can, however, be avoided with the addition of skins or back cover to the device. The device also lacks capacitive touch buttons on the chin. However, the on-screen buttons will help you do the job anyway.

Lava A3 comes with a 5.5-inch IPS LCD display with Gorilla Glass 3 protection. The presence of Gorilla Glass has made the device secure from cracks and scratches. However, the presence of IPS LCD when the other devices are furnishing OLED, Optic AMOLED and Super AMOLED displays has made the Lava A3 somewhat obsolete. The device’s display includes 720p (HD) resolution. As most of the devices in this price segment are available with Full HD resolution, this feature might be the reason to pull back 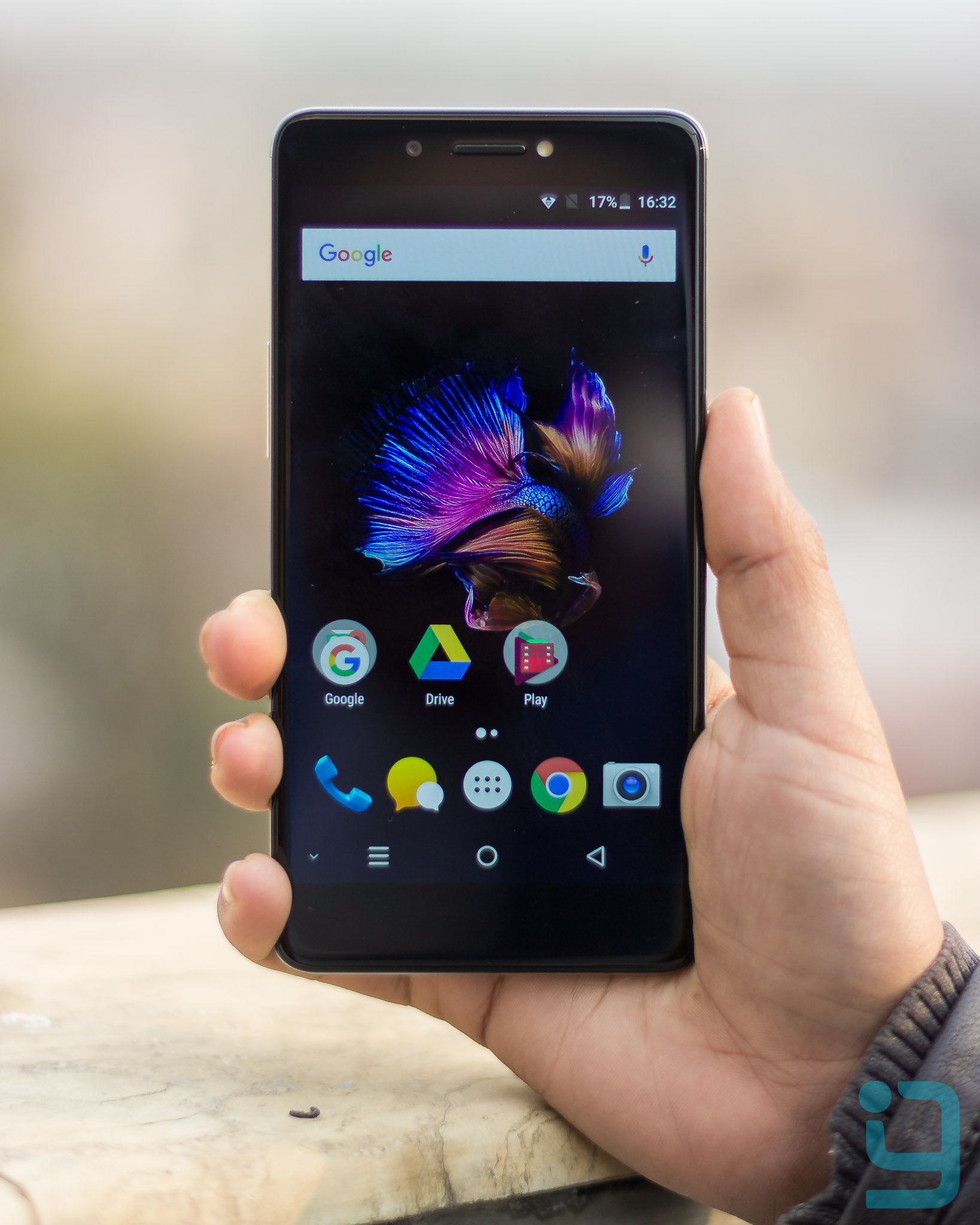 Lava A3 in the race.

However, this resolution slows down the battery consumption and hence provides greater battery backup. On the contrast side, the phone has low contrast ratio. The minimum brightness of the device saves you from the eyestrain. However, in the broad daylight, even with the full brightness, your eyes have to struggle to view the display. The phone comes with auto brightness option, which saves your time of frequently changing display brightness while being on indoors and outdoors. The screen drawback also includes the lack of color saturation in which the true color disguises.

Moving on, the device includes circular slot fingerprint scanner on the back, placed right below the camera and LED flash. Lava A3 is furnished with speaker grills on the bottom. There is a single speaker installed to the device, however, two grills are provided for the sake of symmetry. The audio quality of the device is good to the speaker and even on the earphone, however; the sound is not loud enough to struggle in a sonorific environment. The hardware also includes the power button, volume buttons and the charging slot, which is placed on the right, left and bottom of the device respectively. The volume keys and power key are well placed with a suitable distance between them providing the ease even to press them simultaneously when desired. The hardware also includes a tiny LED on the top, which physically reminds you about the notifications by blinking. 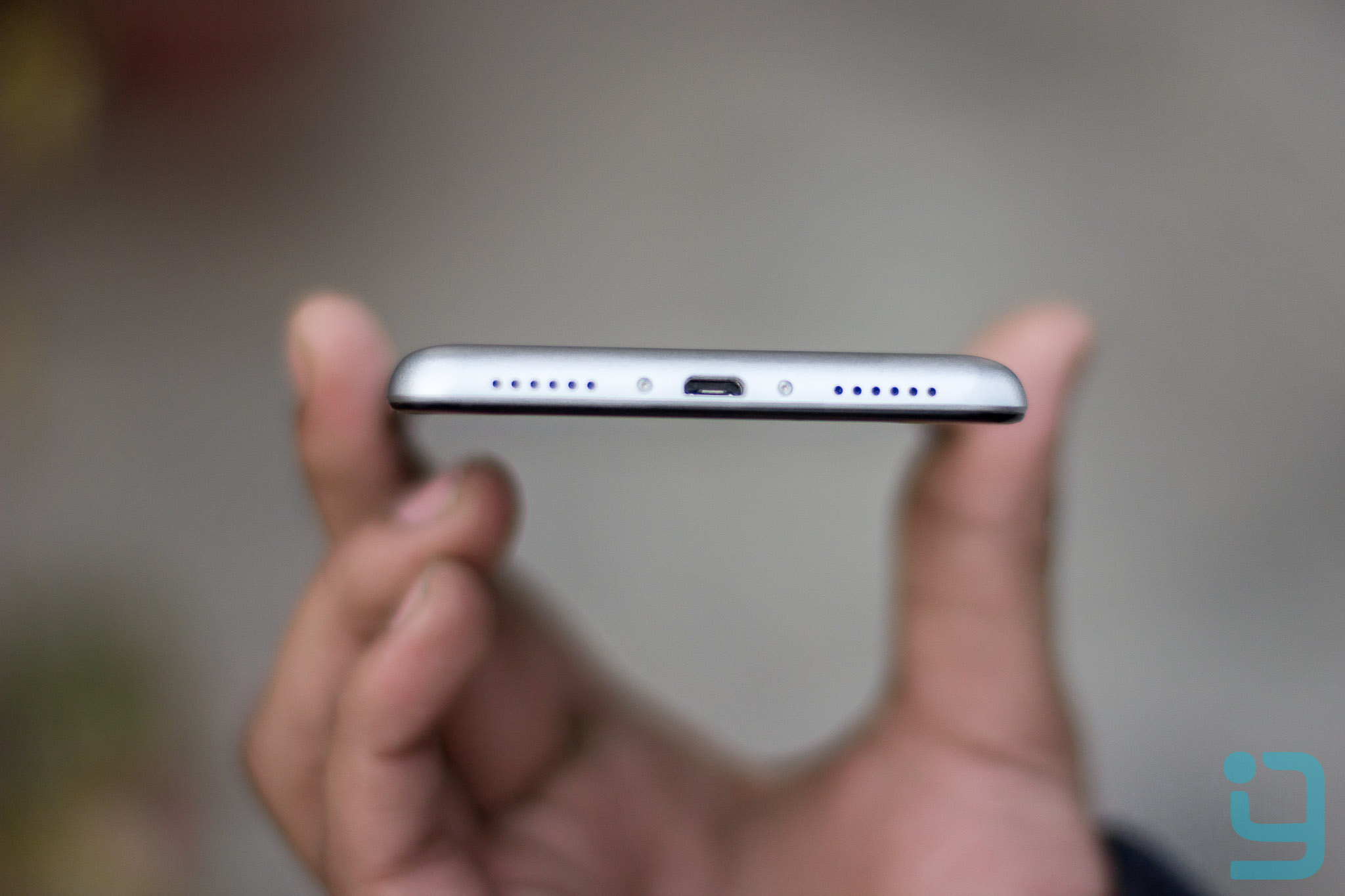 On the software, Lava A3 is favored by Android Marshmallow 6.0 and flavored by Star OS 3.3 on the top. The UI of the device is not of the top-notch quality. When I was using the phone, the UI failed to impress me. The lack of app drawer became the problem at first; however, after the installation of a launcher, that absence was never felt. Out of the box, the device does come with some bloatware, which is useful and easily removable if unwanted. The device also includes smart gesture and custom gesture option for the users, which in addition to ease, provide the users to turn their scribbles into the meaningful tasks to the device. The device is powered by Mediatek MT6750 chipset, which is an Octa-core processor running at the clock speed of 1.5 GHz. The graphics portion is taken care by the Mali-T860 GPU. The device also comes with the 32 GB of internal memory, which can be expanded with the use of SDcard (upto 64GB). 32 GB is a good amount, however, nearly one-fourth of the internal memory is devoured by the system. This could be the reason to make you fall short while storing your data. The phone also inherits 3 GB DDR3 RAM. The GPU and RAM assembly has done a great job on the device. Even running multiple high-end games, I found no glitches on my play and the performance was lag free. However, there was a heating issue, when the games were played for long. 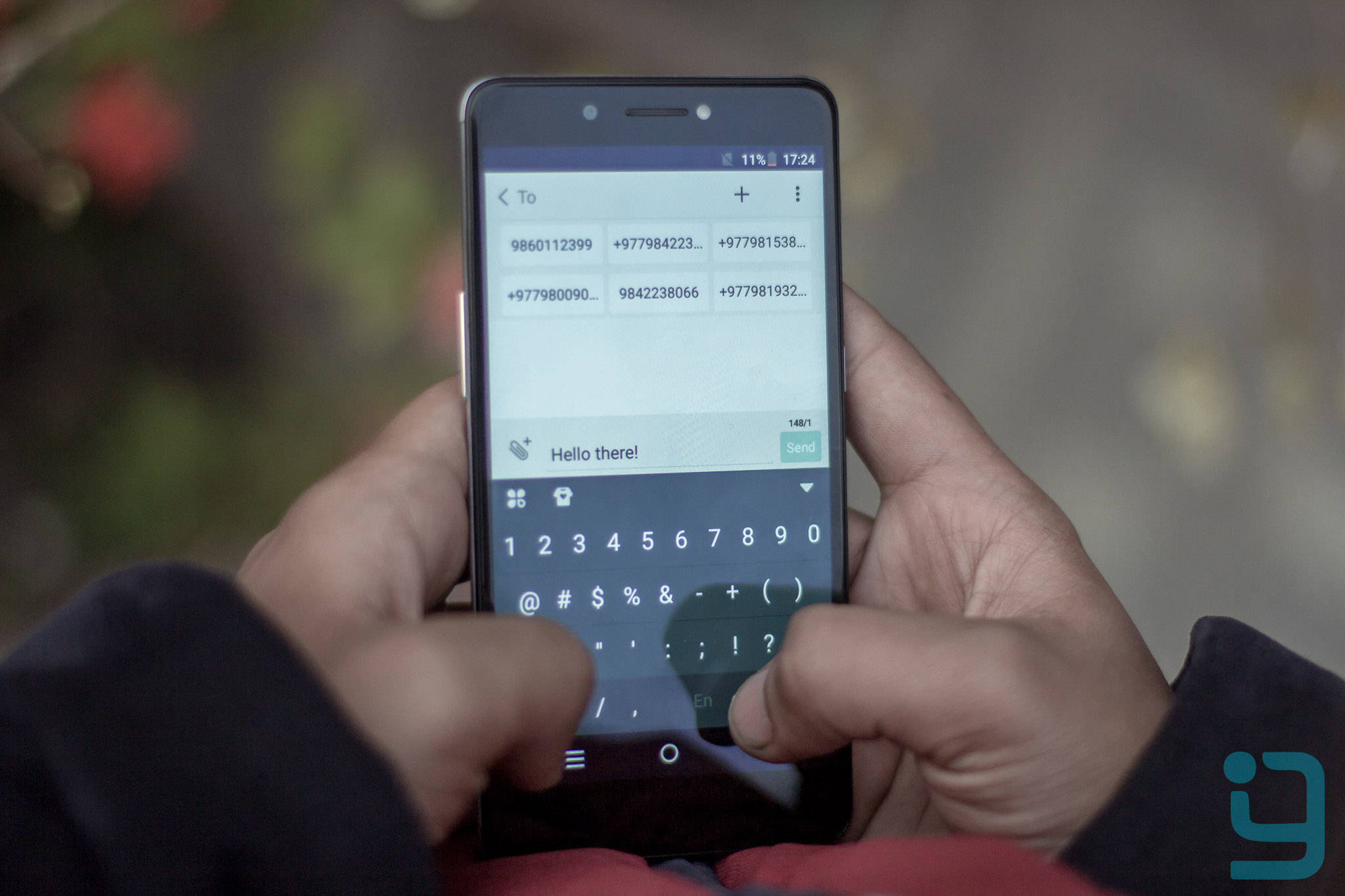 Out of the box, the device comes with 3020 mAh non-removable battery. It provides a greater backup on standby and normal use, though, it could betray you being out of charge on the heavy usage. I noticed a quick draining of battery while playing the high-end games. Though the battery served me with an around of five hours of backup even while playing high-end games with my Wi-Fi on. The device also lacks Quick charging technology and indulges itself with the wall-charger for a long time to gain the full charge. The camera of the phone is top notch. The 13 MP Sony sensor on the back does a good job with the photos. The camera comes with many options. The camera option includes Gif mode, intelligent selfie, template, sound picture and QR code scanner options, which is a rare feature to be seen in a smartphone camera. In addition, the camera also includes a Bokeh option. The nifty photograph with the option set to Bokeh effect reminded me of some high-quality digital camera. Though the camera is greatly built, we can experience conspicuous grain on the photos shot in the low light. This can be somewhat avoided by shooting photos with the flash on.

On the front, the device includes an 8 MP shooter. Following the footsteps of the rear, the front one too shoots great photos. Even on the low light, the LED flash ensures the clarity and sharpness in the picture. To avoid the blurry and shaky images, the camera is flowered by EIS (Electronic Image Stabilization) and phase detection autofocus. While taking videos, the front one is capable of taking VGA videos and the rear one capable of shooting FHD videos. The cameras are also capable of taking customized fast motion videos in the speed interval of 2x to 10x. Both cameras on the phones in the similar price section are capable of shooting Full HD video in the least. So the video resolution of the device failed to dazzle me.

For the cellular connectivity, the phone carries a SIM card tray near the power button. The device is capable of having two SIMs standby. However, this will cut you from the privilege of expanding your storage by the use of SDcard. The phone also encourages 4G compatibility, which is a good news as 4G is now available in Nepal. Other connectivity option includes A-GPS, Bluetooth, Radio and Wi-Fi 802.11 (b/g/n). However, the lack of dual-band Wi-Fi 802.11 ac and OTG cable compatibility is not convincing in this price segment. 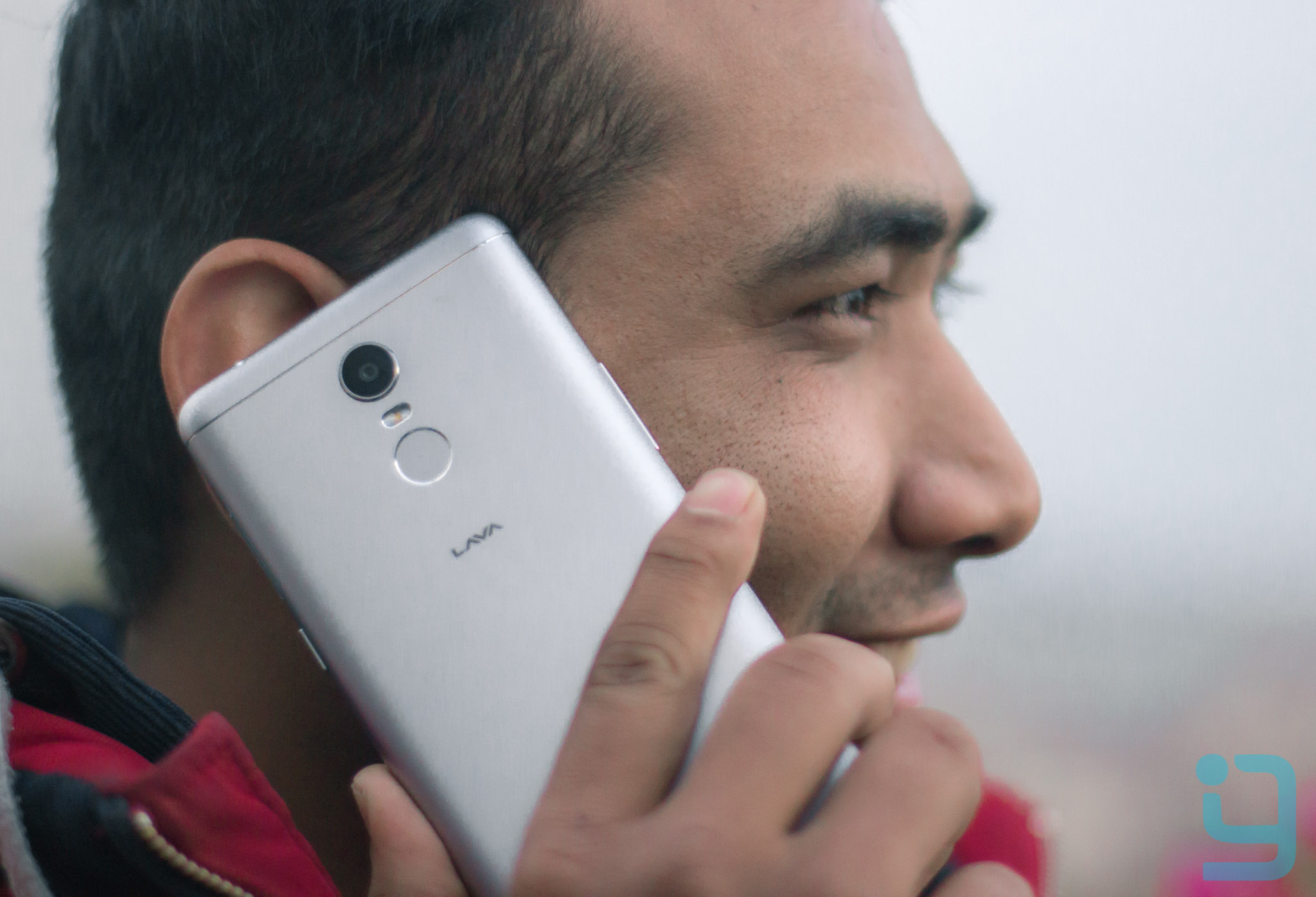 In the overall, Lava A3 is a great device. The toils done by the Lava to step up itself from low-end budget devices to the mid-range range device of this quality deserves a due respect. The device’s metallic design, snappy fingerprint scanner, stunning camera, astounding hardware, and performance will not fail to impress you. Display, battery, and software have a place for improvement. They may fall short in the specs as compared to other devices in the price range. However, they are not that disappointing to push you to engulf in the regrets. I will not call it great but this device could definitely be a good buy in this price segment.