Lenovo’s first two gaming smartphones bore the “Legion Phone Duel” branding. However, it is opting for a more concise moniker with the third device. To note, “Legion Y” was what the company used to name its gaming laptop before 2020.

The Legion Y90 takes a design cue from the Legion Phone Duel, with a center module on the back panel that has two air inlets and two built-in fans. The unit also boasts a dual-camera setup with RGB backlighting on the Lenovo logo, which can cycle through 262,000 colors. The Y90 is essentially designed to be held horizontally in order for gamers to have a comfortable grip while playing.

Now, talking about the triggers, this gaming phone has six of them. The right frame is house to four (L1/L2/R1/R2) shoulder buttons while the screen has two-pressure sensitive zones for L3 and R3 triggers. For further immersive gameplay, it comes with dual Z-axis linear motors and a stereo speaker setup. The speaker comes with Dolby Atmos support and is 40% louder than on previous generations. Over on the front, it sports a massive 6.92-inch E4 AMOLED panel with FHD+ resolution. It’s an HDR 10+ certified screen with a 144Hz refresh rate, 720Hz touch sampling rate, and 3.4 ms of response time. Moreover, the display is bright enough for outdoors with 1300 nits of peak brightness. The screen is void of any notch and punch-hole cutouts. Instead, it has minimal bezels all around.

Being a gaming phone in 2022 means it’s inevitable that Legion Y90 packs a Snapdragon 8 Gen 1 processor. It boots on Android 12 based ZUI 13 skin. Over on to the memory front, it comes with 12GB, 16GB, and 18GB of LPDDR5 RAM and even supports 4GB of RAM expansion.

However, the most intriguing aspect of the Legion Y90 is its storage type. The 12/16GB RAM variants are coupled with 256GB of UFS 3.1 storage. However, the top 18GB model comes with Lenovo’s new UFS+SSD storage—which has 512GB of UFS 3.1 and 128GB SSD RAID 0 storage that improves read and write speed. It totals for a whopping 640GB of internal storage. 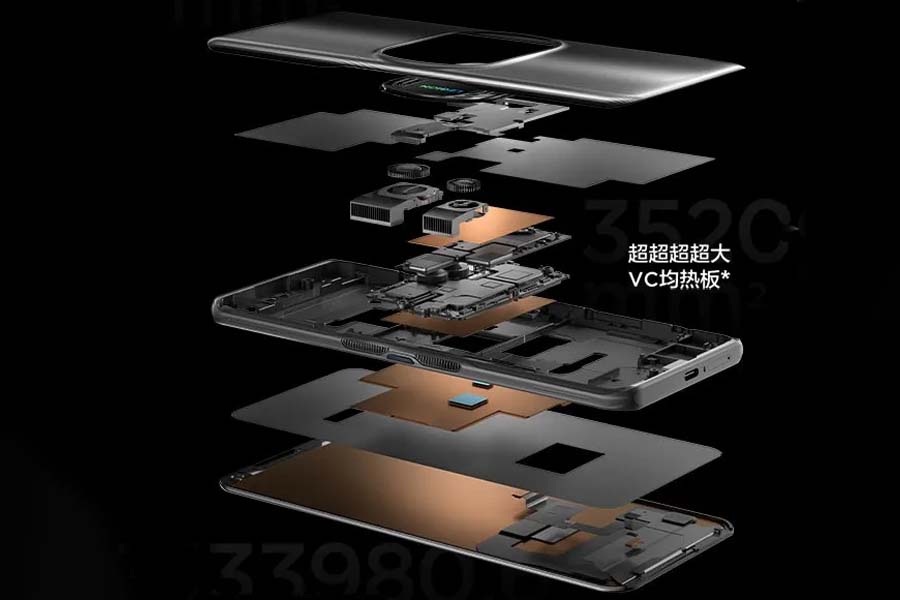 To keep thermals in check, the Legion Y90 is equipped with a “Frostbite M” cooling system with an all-in-one active and passive cooling technology, composed of graphene, liquid cooling, VC plate, and other components. This cooling mechanism is claimed to dissipate heat over an area of ​​68,849  sq. mm. Furthermore, as aforementioned, it has dual fans with sprouted dual fins at the bump at the back of the device. Per Lenovo, it improves the cooling mechanism by 300%.

In terms of cameras, it houses two of them at the back. There’s a 64MP primary camera and a 13MP ultra-wide lens with a 120° field of view (FOV). A 16MP selfie camera is housed inside the top bezel to keep it out of the screen.

Fueling the handset is a big 5,600mAh battery—which, as per brand, is enough for 8 hours of gaming or 13 hours of video streaming. It supports 68W fast charging, which can fully charge the Y90 in 35 minutes. Likewise, it comes with two USB ports—one on the bottom and one on the side. The latter is a USB 3.2 Gen 1 port whereas the former is a USB 2.0 connector.

Moreover, the connectivity options include 5G and WiFi 6. Sadly, even being a gaming phone, it doesn’t have a 3.5mm headphone jack.